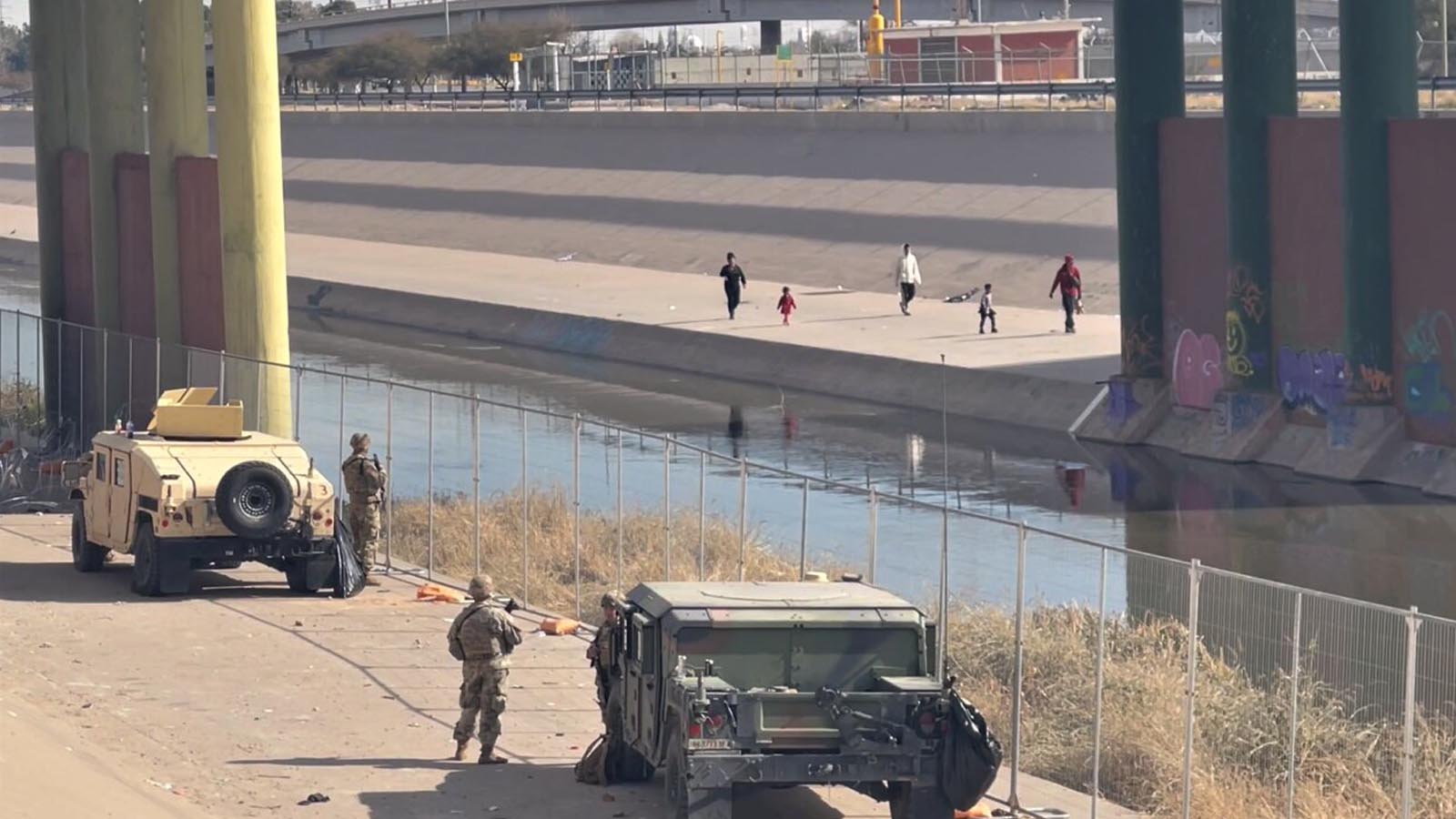 The Texas National Guard has installed two miles of border fencing near El Paso and is expected to add more as migrants in Mexico continue to wait for the end of Title 42.

The barbwire fencing now spans two ports of entry, according to Border Report. Texas Gov. Greg Abbott shared that border crossings in the area have “plummeted” as a result. 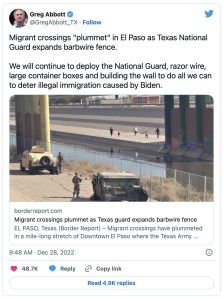 A Texas National Guard spokesperson told CNN this week that more fencing will be constructed ahead of the end of Title 42.

Title 42, which was initially scheduled to end last week, will be kept in place due to a recent decision by the Supreme Court. Julio reported that as many as 18,000 border crossings were expected per day once the policy expired. The day before Title 42 was supposed to be lifted, there were reportedly 20,000 migrants near El Paso waiting to cross the border.

Though Title 42 is still in place, El Paso has been overwhelmed with migrants. Before Title 42’s expected expiration date, El Paso Mayor Oscar Leeser said that shelters on the other side of the border were “completely full.” When temperatures dropped last week, El Paso opened up its convention center and closed down school buildings to house migrants.

El Paso is ready to start using the city’s convention center to start housing at least 1,000 migrants to alleviate the already-strained local shelters.

Officials say they are prepared to add additional cots, citing the potential end of the Title 42 expulsions this month. pic.twitter.com/DmikdyJjyt

This week, it was revealed that a massive tent was being constructed near El Paso in preparation for an influx of migrants once Title 42 eventually ends. The facility will operate as an “overflow” processing center for migrants.

El Paso’s Deputy City Manager Mario D’Agostino said on Friday that El Paso’s central processing center has a capacity of 1,400 with a “breaking point” of 5,000, according to the New York Post.

“It’s still going to get worse before it even gets better, and that’s what we’re preparing for,” Leeser told reporters on Friday.

Security guards at the tent city outside El Paso told Daily Mail that the facility could be in place for “a few weeks, six months, we don’t know.”

This month, the Biden administration sued the state of Arizona for constructing a border wall out of shipping containers in an effort to stop the influx of illegal immigrants. The lawsuit, which was filed in federal court in Arizona, alleges that the shipping containers trespass federal lands that the state is not authorized to use, according to CBS.