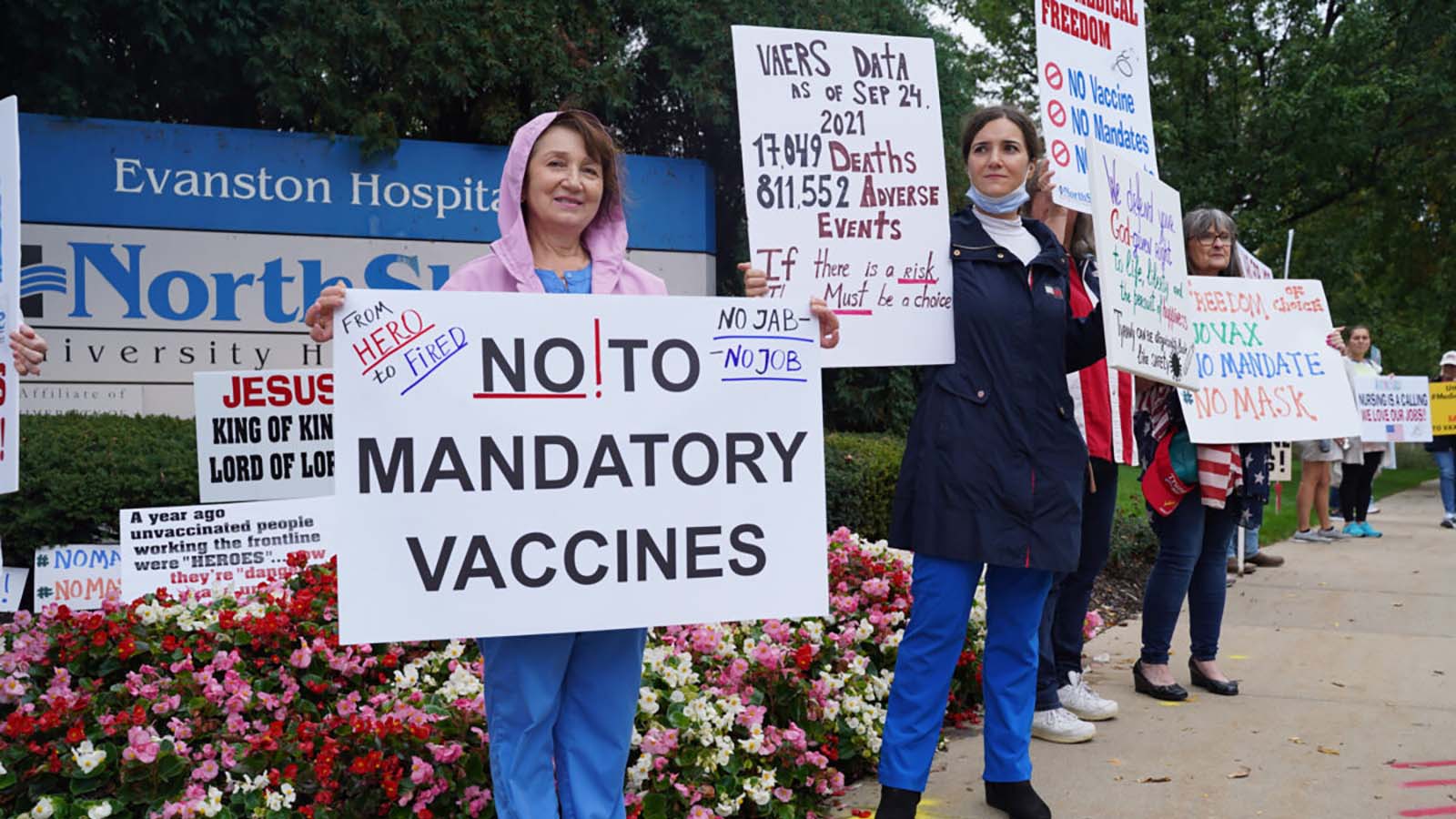 A U.S. judge approved a multimillion-dollar settlement on Dec. 19 for workers who were fired by an Illinois health care system for refusing to get a COVID-19 vaccine.

About 500 workers who were terminated or, after seeing their exemption requests denied, got a COVID-19 vaccine, will receive compensation as part of the $10.3 million settlement, a preliminary version of which was first announced in July.

U.S. District Judge John Kness, a Trump appointee overseeing the lawsuit brought by the workers, issued verbal approval for the settlement during a hearing, lawyers for Liberty Counsel and NorthShore University Healthsystem said. Kness plans to release a written judgment in the next week.

In a brief statement emailed to The Epoch Times after Kness’s approval, NorthShore wrote, “We are pleased with the Court’s approval of a supportive resolution to this matter and continue to prioritize the health and safety of our patients and team members.”

Harry Mihet, vice president of legal affairs for Liberty Counsel, said in a statement that the group was “pleased to finally get the court’s final approval of this classwide settlement for these health care workers who were unlawfully discriminated against and denied religious exemptions from the COVID shot mandate.”

“This case should set a precedent for other employers who have violated the law by denying religious exemptions for their employees,” he said.

Liberty Counsel, a legal group that brings cases of alleged religious discrimination, was representing the 13 named plaintiffs in the case. The group successfully won class certification for all workers who were denied religious exemptions, a group that was initially believed to be 499 former and current workers but swelled after the preliminary settlement agreement to at least 519.

As of Dec. 12, 493 class members had submitted claims for a piece of the settlement.

The named plaintiffs are in line to receive an extra $20,000. Those payments, described as service awards, will provide compensation for the plaintiffs helping advise on court filings, gathering documents, and serving as lead plaintiffs “in a sensitive case involving personal health choices and religious beliefs over a matter of intense public debate, even when it was uncertain whether they would have to disclose their identities to the public,” according to a recent filing.

Three workers objected to the settlement, but both parties urged the judge to disregard the objections, which were largely based on pay the trio felt they were owed after being fired.

Marzena Novak, one of the objectors, said her actual losses from being fired and losing pay approached $140,000.

“Although the estimated $25,000 is helpful and will be welcomed, it doesn’t come close to the actual losses suffered by those they treated so poorly,” Novak wrote.