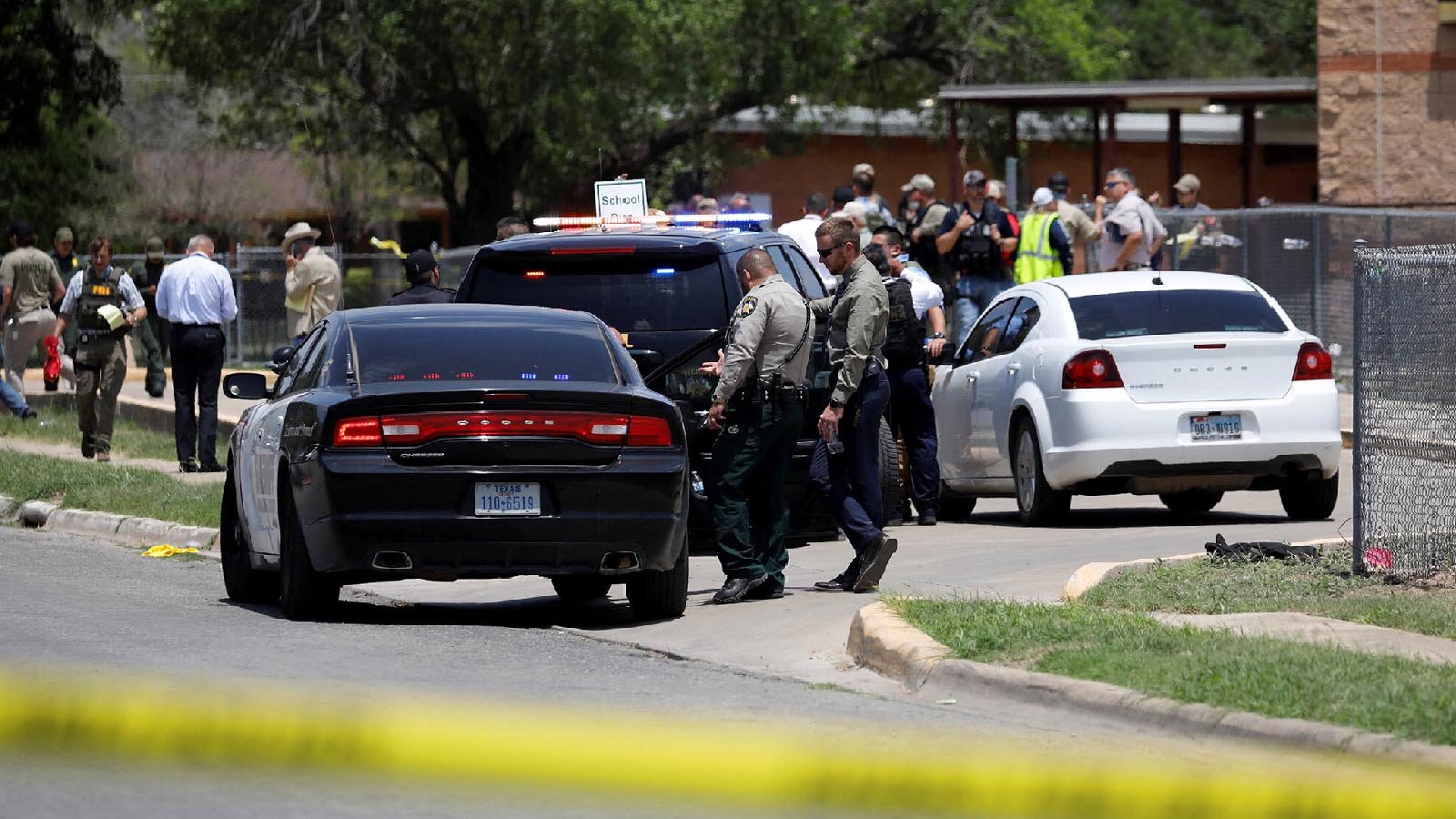 We discussed this on Triggered yesterday. As the nation grieves for Uvalde, Texas, where Salvador Ramos, 18, shot and killed 19 kids and two teachers at Robb Elementary School—the calls for gun control have been restarted. Joe Biden is going to deliver an address tonight at 7:30, which is the worst time because more people will be watching game one of the NBA Finals or the second game of the Western Conference Finals between the Avalanche and Oilers. Sorry—say what you want about the sports world, but people would rather tune in and watch that than President Applesauce. We already know what he’s going to say. I’ll bet heavily that background checks and bans on common sporting rifles will be at the top of the list.

Ramos was known to be trouble. He got into fights, slashed his own face, told friends he hoped to join the military so he could kill people and posted multiple rape and death threats on the app Yubo. One girl reported him, but online harassment reports are probably common which led to these complaints not receiving a second glance. Where the line to inform authorities becomes clearer was when he posted pictures of bags of dead cats. He also drove around town shooting people with a BB gun. Jim Geraghty noted that Texas courts have upheld the notion that a BB gun are deadly weapons. Assault charges could have been possible, preventing Ramos from buying his weapons. There were plenty of laws that could have stopped this kid, granted some need updating—but let’s talk about the background check.

The grandfather of the Texas teen who killed 21 people in an elementary school Tuesday said he can’t be around guns and would have reported that his grandson had two of them had he known.

Rolando Reyes, whose wife was shot in the face by accused mass murder Salvador Ramos before the 18-year-old began his shooting spree at Robb Elementary School but is still alive, told ABC News he wants nothing to do with the kind of firearms his grandson purchased a couple weeks ago for his birthday.

So, what happened here? Was this a background check failure? It’s not the first time. Dylann Roof, Devin Patrick Kelley, and Nikolas Cruz were all able to legally buy their weapons either due to severe clerical errors or authorities simply dropping the ball. If that’s the case, then this whole narrative about expanding background checks has been delivered a massive blow. The system is only as good as the people tasked with its maintenance. Scott Hounsell over at RedState also made this point regarding Ramos listing his grandparents’ residence on the background check form. That needs investigating, but we’ll probably never get one since that distracts from the Democrats’ gun-grabbing antics. It’s a key detail. And for those on the Left who are all about doing this, that, and the other to enhance public safety in the wake of this tragic shooting—this is the litmus test. Are you going to take this seriously or not.