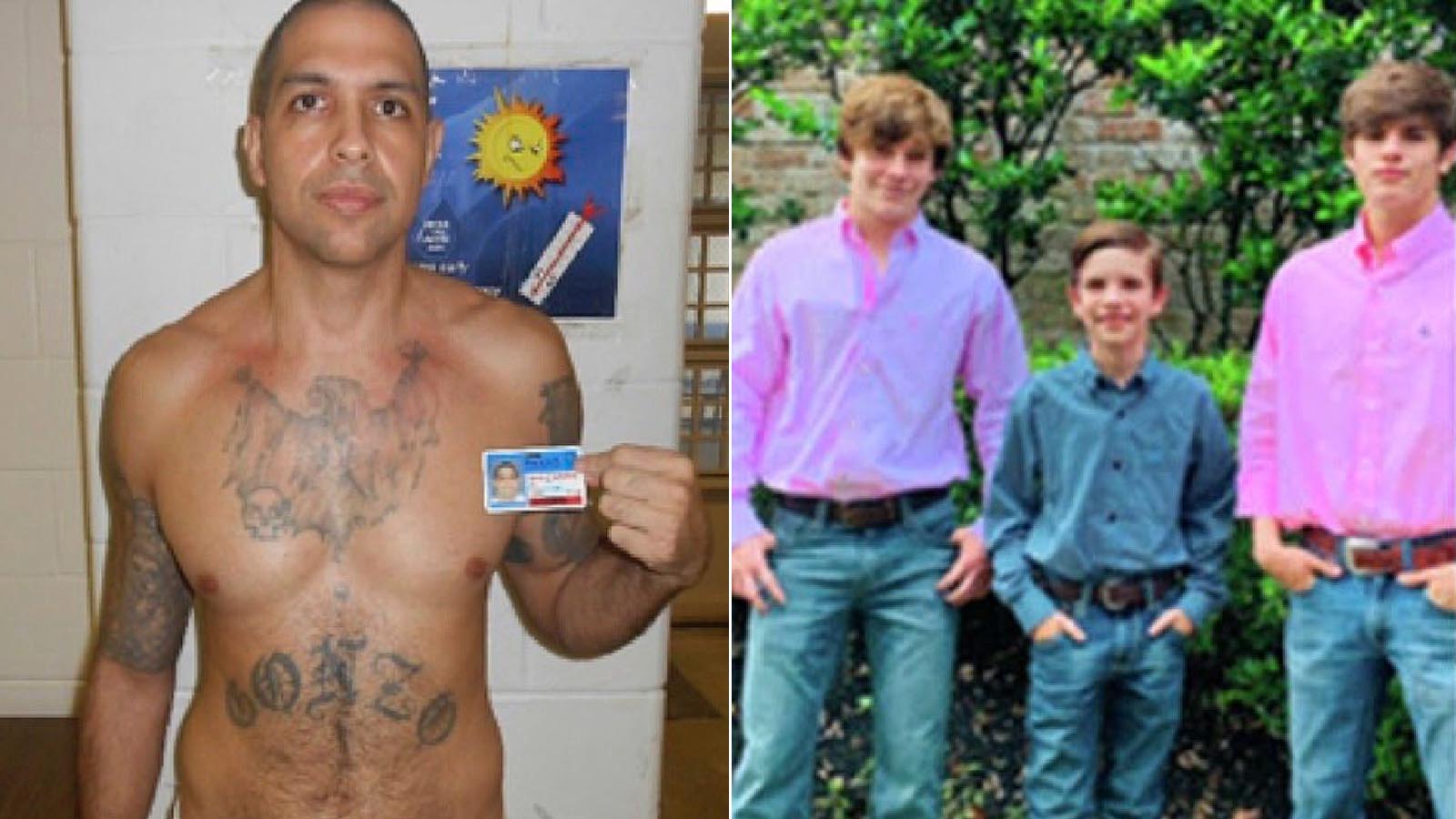 A Houston-area grandfather and his four grandsons were murdered on Thursday by a member of the Mexican Mafia who escaped from a prison bus three weeks earlier.

The convicted murderer, Gonzalo Lopez, was killed by police in a fierce firefight after a pursuit on Texas 16 on Thursday after a three-week manhunt.

Lopez was serving two consecutive life sentences for capital murder in Hidalgo County before he escaped the prison bus on May 12.

Mark Collins, 66, and his grandsons Waylon, 18, Carson, 16 and twins Hudson and Bryson, 11, were staying in a cabin when Lopez, who had been hiding out in a wooded area, ambushed them.

After murdering Mark Collins and his four grandsons, Lopez stole the Collins family truck and an AR-15 and sped off.

Police pursued Lopez and eventually caught up with him.

Lopez stuck his rifle out the truck window and fire shots at the police before crashing the vehicle down an embankment.

After the crash, Lopez emerged with the stolen firearm and engaged police before being shot dead.

A Houston-area grandfather and his four grandsons walked into a fatal ambush Thursday at the hands of a convicted murderer who escaped from a prison bus three weeks earlier and had broken into the family’s weekend getaway home in Centerville, leaving friends and relatives “beyond devastated.”

Police, alerted by a relative that had not heard from the grandfather, discovered the five bodies around 6 p.m. Immediately suspecting Lopez and with details of a pickup missing from the residence — and possibly missing firearms — police sent out a statewide alert for the 1999 Chevy Silverado.

Identifying the truck and warning that Lopez had ties to San Antonio and the Rio Grade Valley is what allowed police to eventually close in. An investigator and deputy sheriff from Atascosa County, south of San Antonio, spotted the truck on Texas 16 a few miles north of Poteet and matched the license plate to the Leon County alert, said Atascosa County Sheriff David Soward.

The Jourdanton Police Chief laid spike strips across the highway, which Lopez drove over, puncturing all of the truck’s tires, Soward said. From there, Soward said Lopez tried to flee but numerous police had begun a dogged pursuit that at one point led Lopez to cut through a field and then back onto Texas 16.

As he entered the city limits of Jourdanton, Soward said Lopez “stuck a semi-automatic rifle out the truck’s window and fired shots at pursuing officers, before he drove into a utility pole, lost control and plowed through a chain link fence.

Lopez then emerged from the truck armed with a rifle and a handgun and began firing at officers. Four county police, three from the sheriff’s office, returned fire, killing Lopez. None of the officers were struck, with Soward saying the only direct hit by Lopez was to a patrol vehicle’s windshield.