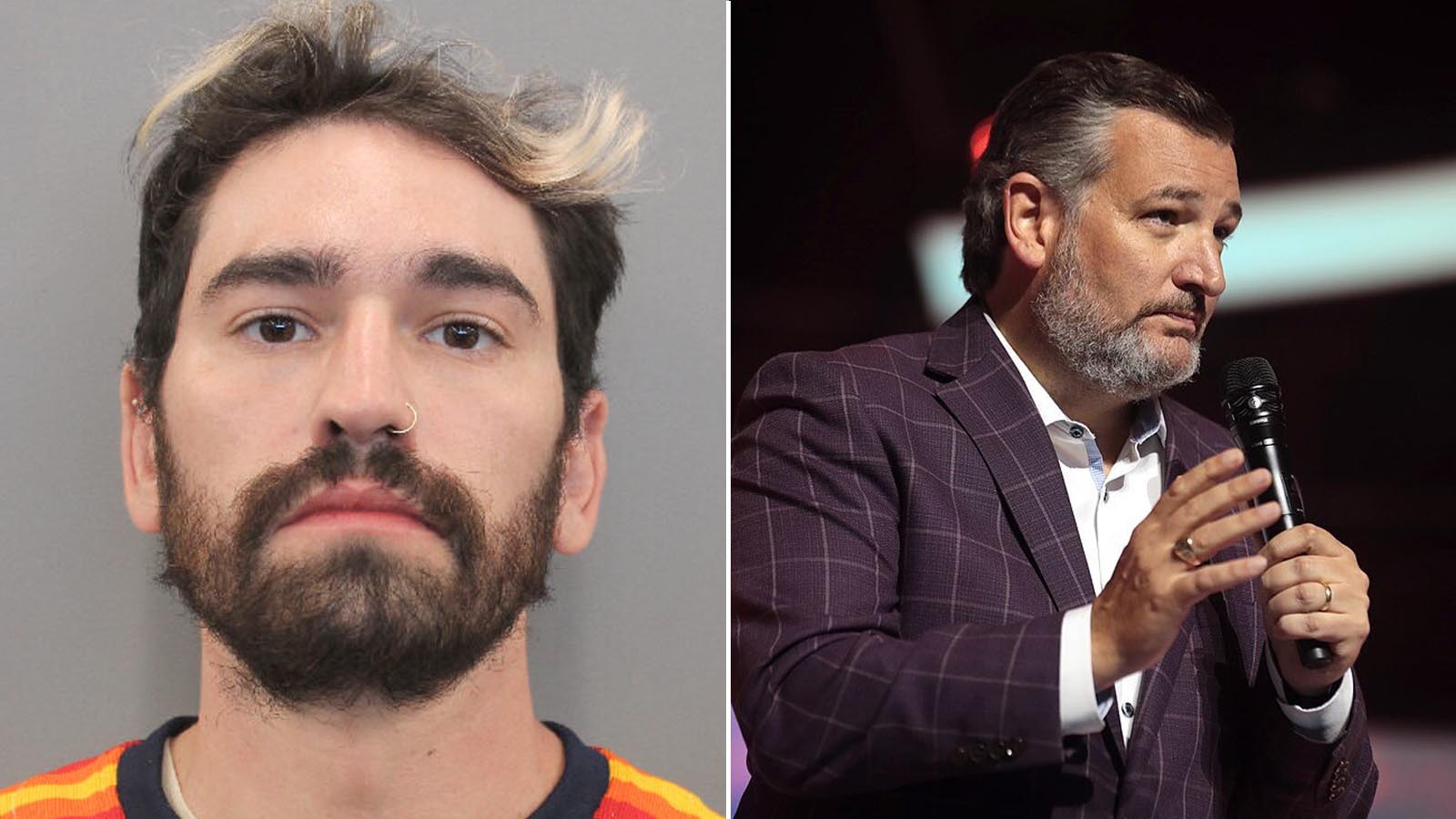 Joseph Halm Arcidiacono, a 33-year-old who was charged with aggravated assault with a deadly weapon, was instead no-billed, according to court documents. That means the grand jury was not persuaded by the evidence to issue an indictment.

“The grand jury now asks the Court to discharge and release this Defendant from custody,” said a filing in the District Court of Harris County, Texas, that was dated January 6. 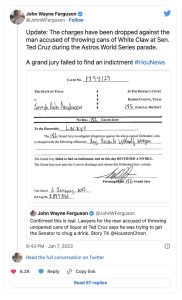 The Daily Wire reached out to Cruz’s office for comment.

Video footage posted to social media showed a can flying at Cruz while he was standing in the bed of a moving jeep during the World Series victory parade in Houston for the Astros in early November. A man standing beside Cruz tried to block the can, but it did hit the senator in the area of his chest and neck.

Houston police said Cruz “did not require medical attention,” and the senator himself quipped about the incident afterwards on Twitter.

“As always I’m thankful for the Houston Police and Capitol Police for their quick action,” Cruz said. “I’m also thankful that the clown who threw his White Claw had a noodle for an arm.”

Arcidiacono allegedly threw two cans at Cruz from the crowd at the parade. A prosecutor said a witness stopped Arcidiacono as he tried to run away and walked him over to the police, according to KPRC-TV, an NBC affiliate in Houston.

Arcidiacono allegedly told the arresting officer, “I know, I’m an idiot, I’m sorry.” He posted bond, which was set at $40,000.

Arcidiacono’s attorney released a statement following the arrest, arguing his client did not commit an act of political violence or “aggravated assault with a deadly weapon,” according to Fox 26 Houston.

The statement also said Arcidiacono apologized “for how his actions alarmed Senator Cruz, his family, and his security detail and put a damper on an otherwise beautiful celebration for millions of Houstonians.”