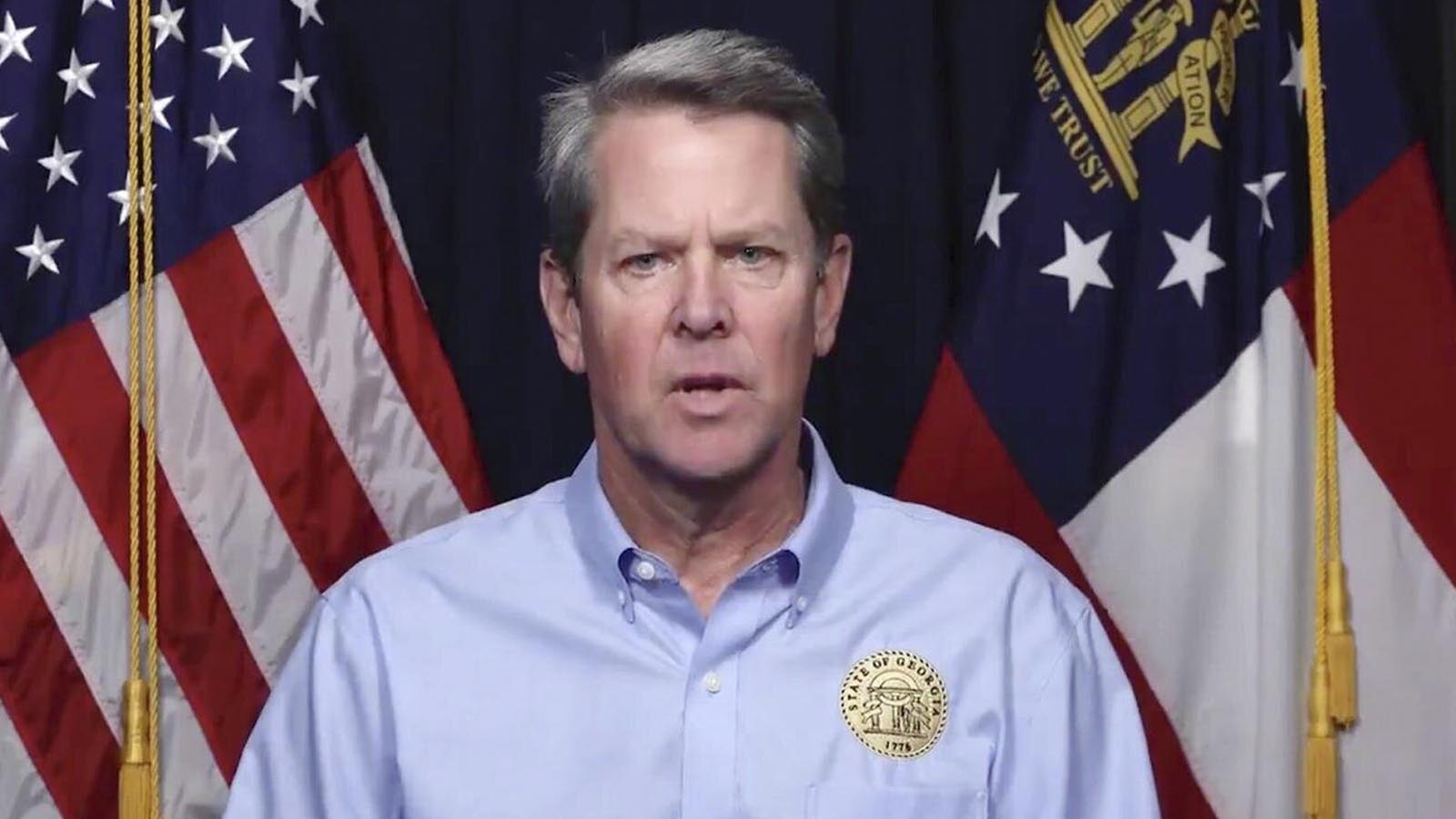 Georgia Republican Gov. Brian Kemp has declared a state of emergency for two counties in his state as flooding causes heavy damage.

Kemp announced the declaration on Sunday after reports of flooded homes and roadways due to ongoing storms across parts of Georgia.

“Following severe flooding in North Georgia today, I have declared a State of Emergency in Chattooga and Floyd Counties. As we work with local partners to address the damage in affected communities, Marty and I are asking all Georgians to join us in praying for the lives and homes impacted,” Kemp shared on Twitter, referencing his wife. 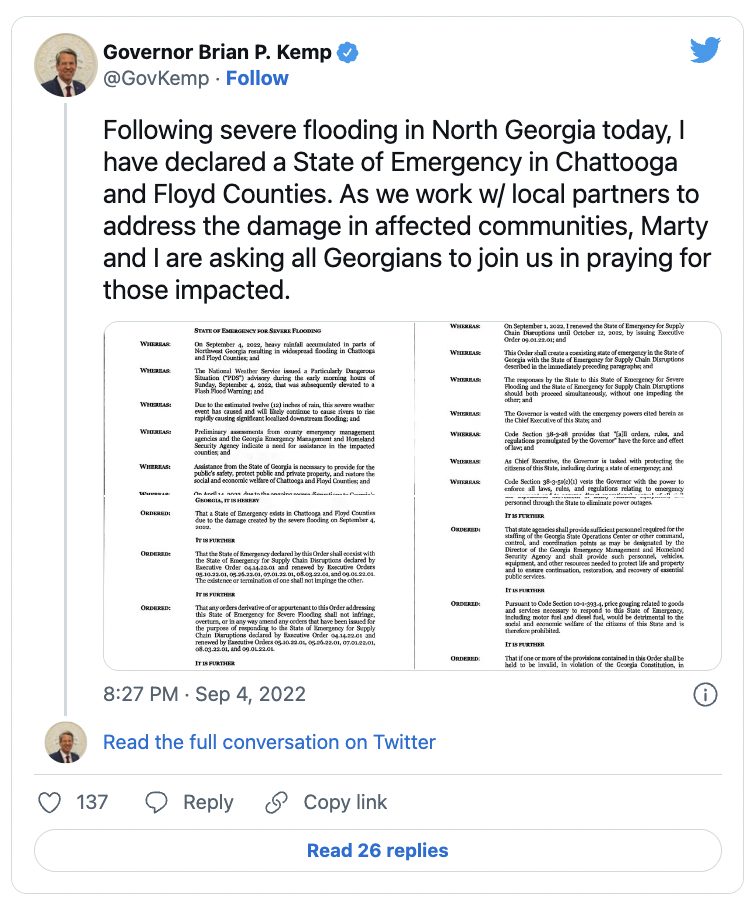 The northwestern counties in Georgia had previously been under alert during to heavy rainfall moving through the area earlier on Sunday.

Fox 5 Atlanta posted drone footage of flooding captured in Summerville that showed some of the damage in the region.

DRONE VIDEO: @GovKemp has declared a State of Emergency in Chattooga and Floyd Counties. Here is #SKYFOXDrone video captured in Summerville, Georgia that shows some of the damage in the hard hit communities. Georgia’s first responders are hard at work right now. @FOX5Atlanta #wx pic.twitter.com/K0aTtMipcn

Several Summerville intersections are closed, including the intersection at Highway 27 and Highway 114. More rain was expected throughout the day.

Several videos appeared across social media on Sunday of affected areas, including parts of Lyerly Dam Road being underwater.

A local Ingles Supermarket and nearby parking lot were also shown flooded on Sunday morning.

The National Weather Service said rainfall of up to one inch per hour and up to 10 inches total had fallen in Chattooga County.

“This is an extremely dangerous and life-threatening situation. Do not attempt to travel unless you are fleeing an area subject to flooding or under an evacuation order,” the service said, according to the Associated Press.

The city of Summerville also posted an update to alert residents using the city’s water utilities to boil water until further notice due to the flooding.

“Water should be boiled for at least one minute after reaching a rolling boil. Citizens should continue to boil their water until they are notified by their drinking water utility that the water system has been restored to full operation, and that the microbiological quality of the water in the distribution system is safe for human consumption,” the statement read.

Summerville, the county seat of Chattooga County, has been one of the areas most impacted by the flooding. The town has a population of approximately 4,200 and is located about 90 miles northwest of Atlanta.

According to fresh reporting in The Washington Post on Thursday, federal investigators “believe” they have “sufficient evidence to charge” President Joe Biden’s son Hunter...