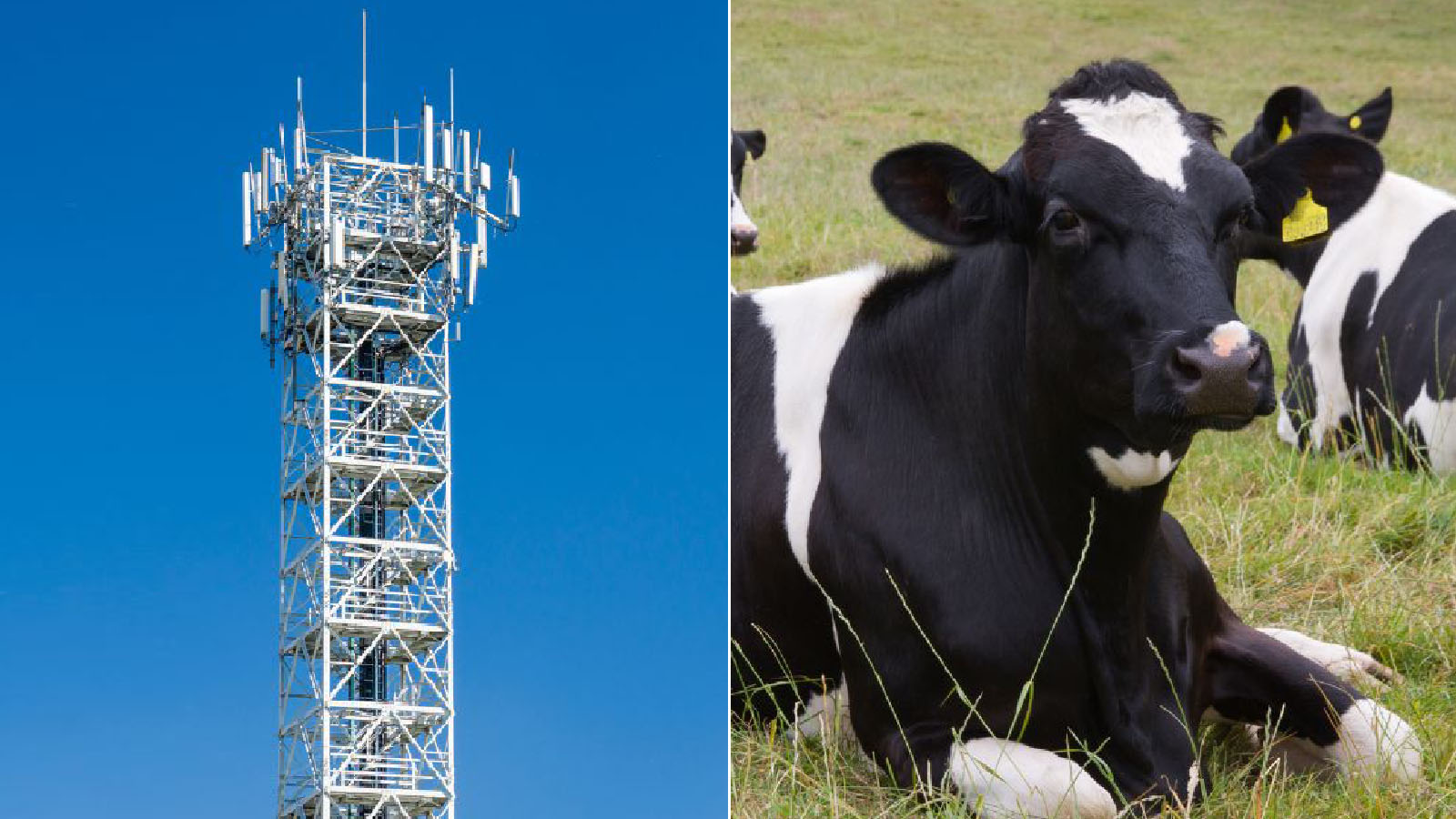 A French court has issued an order that could determine whether a nearby 4G cell phone tower is harming the health of nearby cows.

Rancher Frédéric Salgues says that his cows “are all skin and bones. It’s enough to make you cry.”

He claims that a cell phone tower that arrived on the scene in 2021 is to blame.

An administrative court of Clermont-Ferrand, in southwestern France, is taking the claims seriously enough to order the tower shut down for two months to see what happens, according to the French newspaper Le Monde, which described the order as “unprecedented.”

The goal of the order is to “establish a potential causal link between the behavior of the cattle and this antenna,” according to the court.

The court said that “it is appropriate to order the temporary cessation of the operation of this antenna for a period of two months, taking into account its general impact, with monitoring, by the judicial expert, of the behavior of the herd, and of the dairy cows in particular, during this period,” according to The Connexion, an English-language news outlet based in Monaco.

The court noted there had been “a significant drop in the quality and quantity of milk produced, a serious disruption in the behavior of the herd and its voluntary denutrition and abnormally high deaths.”

Salgues told Le Monde his Holsteins “are all thin.”

“They don’t get up at night to eat, and they hardly drink at all,” he said.

“We have had 40 dead cattle in a timespan of 11 months, as opposed to ten or so in normal times,” Frédéric Salgues told Le Monde.

“There are very disturbing phenomena in terms of animal behavior with animals that do not eat or drink,” Julien Bachellerie, director of the Haute-Loire Health Defense Group, an association that monitors animal health, told Le Monde.

“We’ve looked at all the usual hypotheses and haven’t found any that stand out. The quality of the food or water, the breeding methods, the presence of diseases… nothing could be pointed out. And the autopsies did not reveal anything.”

Cell towers have been a source of controversy elsewhere, with some critics claiming they pose a risk to those nearby.

Philippe Molhérat, the mayor of Mazeyrat-d’Allier who had approved the cell phone tower, now supports the farmer.

He told The Connexion he feared “a catastrophe on a human level” was taking place.

Salgues said he hoped the cows will “recover as soon as possible” and said the ruling is “a major relief and a victory,” according to The Connexion, citing AFP.