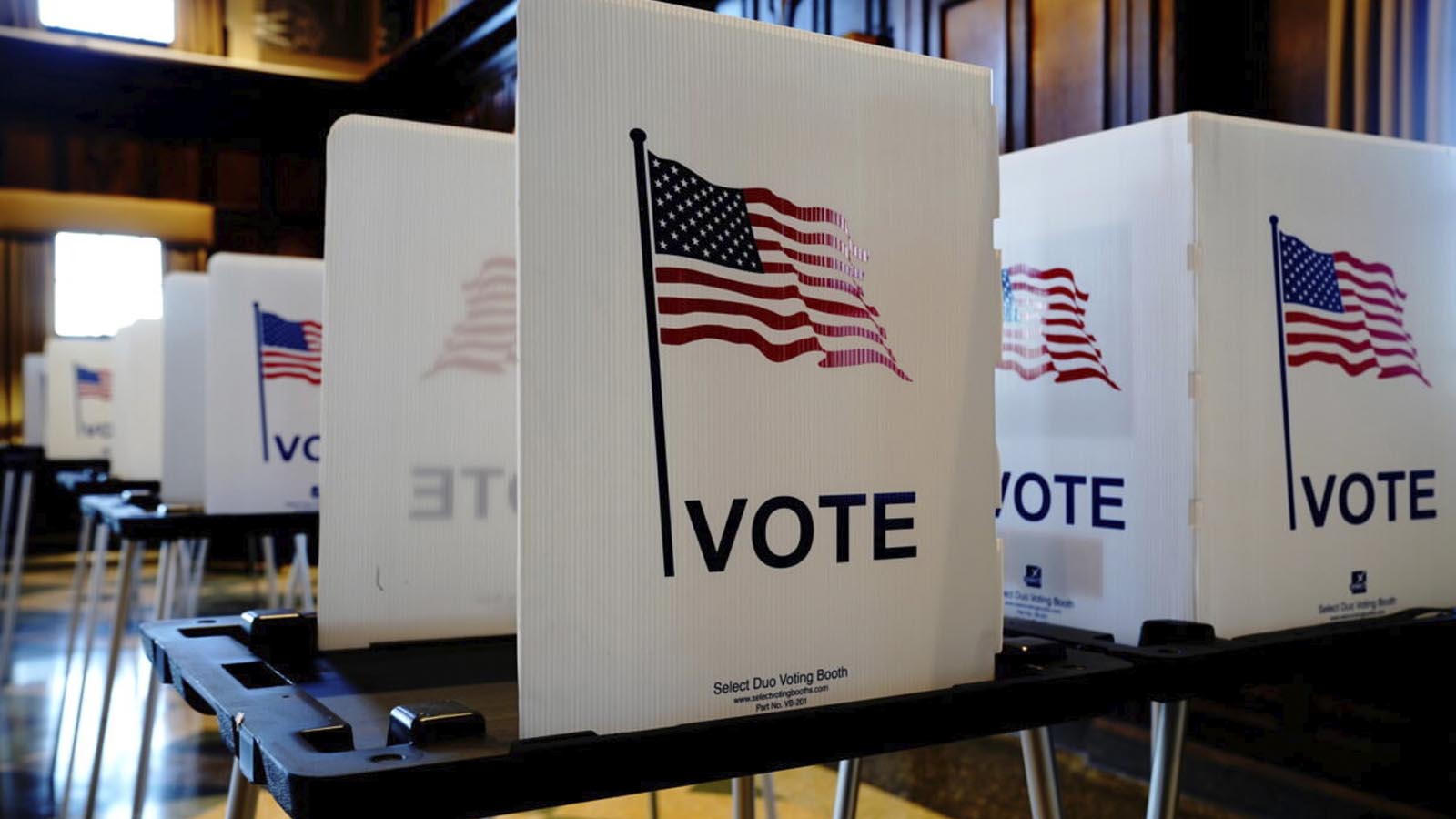 He was a U.S. House member from 1976 to 1980 before being expelled for bribery and sent to prison for three years after the FBI exposed him.

“Protecting the legitimacy of elections is critical to ensuring the public’s trust in the process,” FBI Philadelphia Division Special Agent in Charge Jacqueline Maguire said. “Through his actions, Ozzie Myers pointedly disdained both the will of Philadelphia voters and the rule of law. He’s now a federal felon twice over, heading back behind bars, with time to consider the great consequence of free and fair elections.” 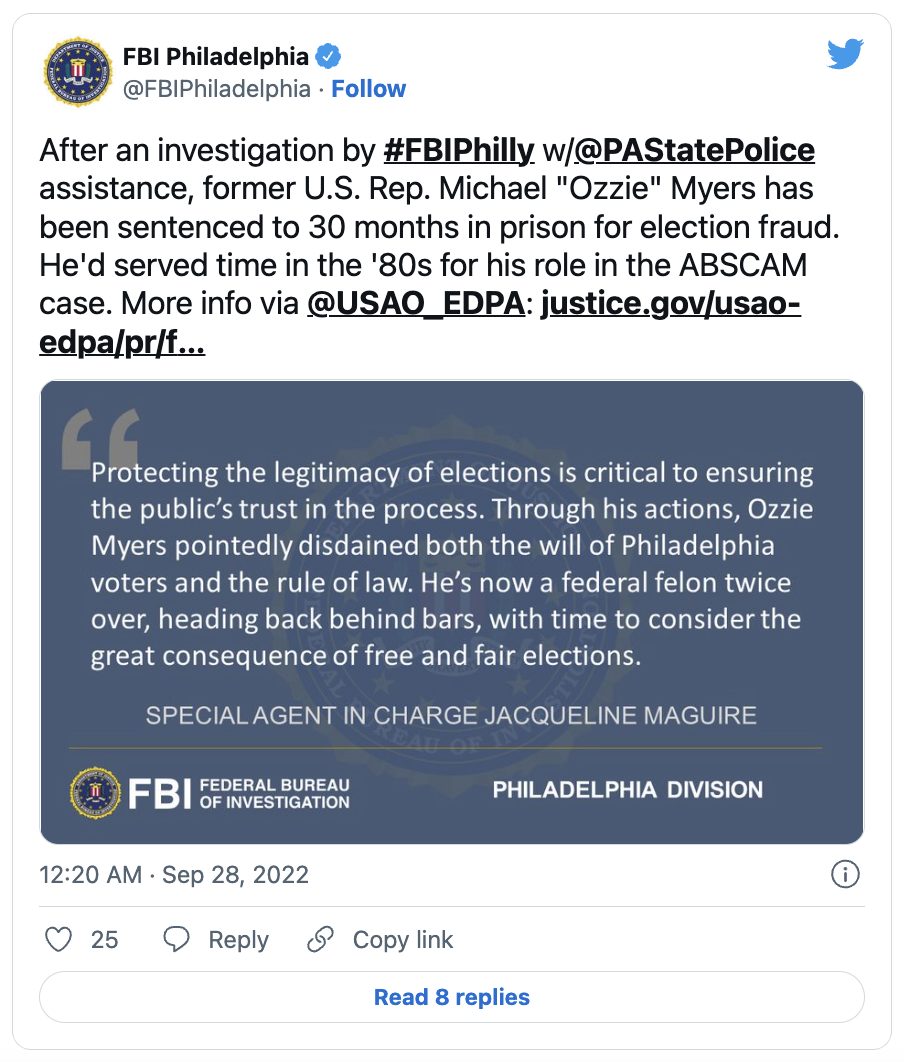