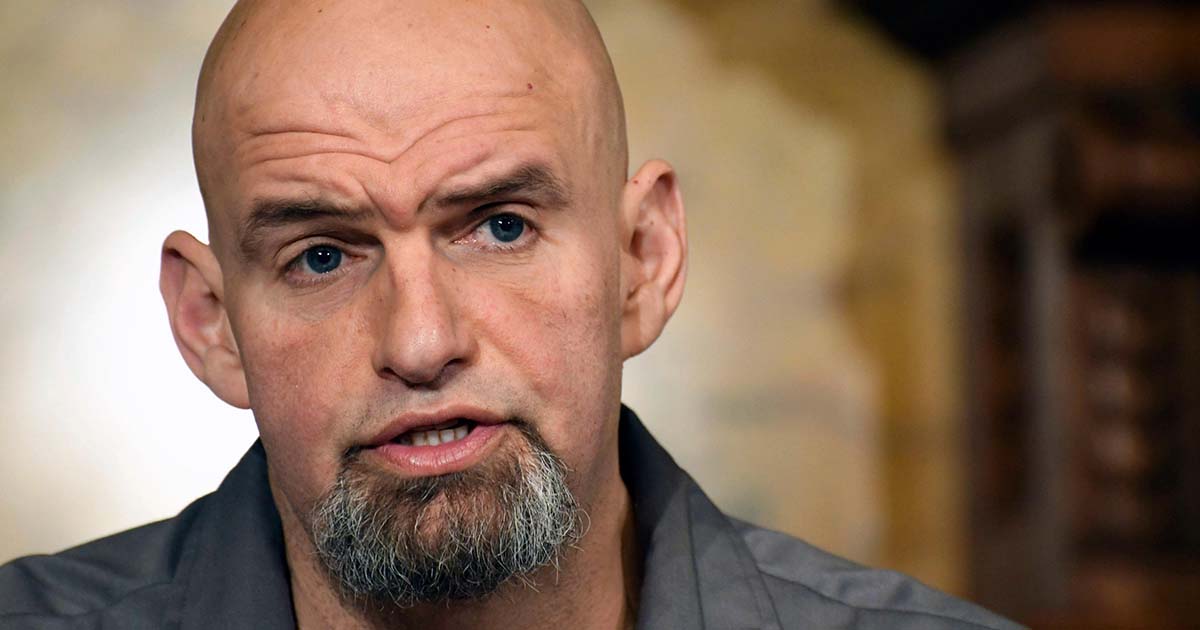 There’s just one problem: that isn’t his medical record.

Actually, there are at least a couple more problems, but we’ll get to those in a sec.

The first and most obvious problem is… those are not his medical records, and you’d have to be a fool or a member of the press to believe they are. But I repeat myself. What the campaign released — here, in PDF form — is a one-page letter from Fetterman’s primary physician, Dr. Clifford Chen of Pittsburgh’s UPMC.

It’s basically a doctor’s note assuring voters that although he’s been sick, little Johnny can come to class today.

He just might not fully understand what the teacher says, according to Dr. Chen’s note:

He spoke intelligently without cognitive deficits. His speech was normal and he continues to exhibit symptoms of an auditory processing disorder which can come across as hearing difficulty. Occasional words he will “miss” which seems like he doesn’t hear the word but it is actually not processed properly.

That letter doesn’t exactly inspire confidence for anyone who’s actually seen the candidate try and campaign.

That’s why last week, during his first post-stroke interview, Fetterman required “a large computer screen with closed captioning” to understand what NBC correspondent Dasha Burns was asking. “In small talk before my interview,” Burns said afterward, “it wasn’t clear he understood what I was saying.”

Fetterman’s wife, former illegal alien and current “de facto candidate,” Gisele Barreto Fetterman, demanded to know: “What is being done at the media after a reporter came out so openly ableist towards a person?”

By the way, that “de facto candidate” line came from a very friendly profile of Barreto by Rolling Stone’s Kara Vough that focused in part on her husband’s “lingering stroke symptoms.”

I guess “de facto candidate” was supposed to be one of those “You go, girl!” moments, but it came across more like, “Seriously, just how bad is your husband’s condition?”

That’s more evidence, on top of Chen’s letter, that Fetterman has been at least somewhat disabled by his stroke.

Also, the one-time mayor’s resting heart rate was 80, which is a bit high, and his blood pressure was 116/82 which is verging on pre-hypertension. If I’d had a stroke a few months ago, I’d want those numbers lower. I bet his doctor would, too.

Our third problem is — as always — the media.

The press has been downplaying Fetterman’s obvious issues with talking and listening — two things senators have to do all day long. The latest headline came from the ever-amenable Bloomberg: “Fetterman’s Health Is Latest GOP Talking Point.”

But let’s look at how VOA’s Steve Herman broke the news earlier this morning:

There was no update since no previous records had been released. And of course, the letter isn’t a medical record, either — just a not-very-believable promise that the candidate “has no work restrictions and can work full duty in public office.”

Watch him, um, inspire the crowd at a rally last week:

FETTERMAN: “Send me to Washington, D.C. to take on—to make sure I push back against work to work.”

“Send me to Washington, D.C. to take on — to make sure I push back against work to work.”

Like Biden’s supposed “stutter,” Fetterman has trouble forming simple sentences, even though his doctor claims that he speaks “intelligently without cognitive deficits.”

Pennsylvania voters — or their helpful ballot harvesters — have a choice to make here.

They can either send a clearly impaired man with his Evita Perón/Edith Wilson wife to Washington, or they can take a chance on Dr. Mehmet Oz — at best an imperfect candidate and something of an unknown quantity as a conservative.

But with Fetterman, voters know exactly what they’ll get: A voice that is all at the same time radical, impaired, and an echo for Joe Biden’s disastrous agenda.