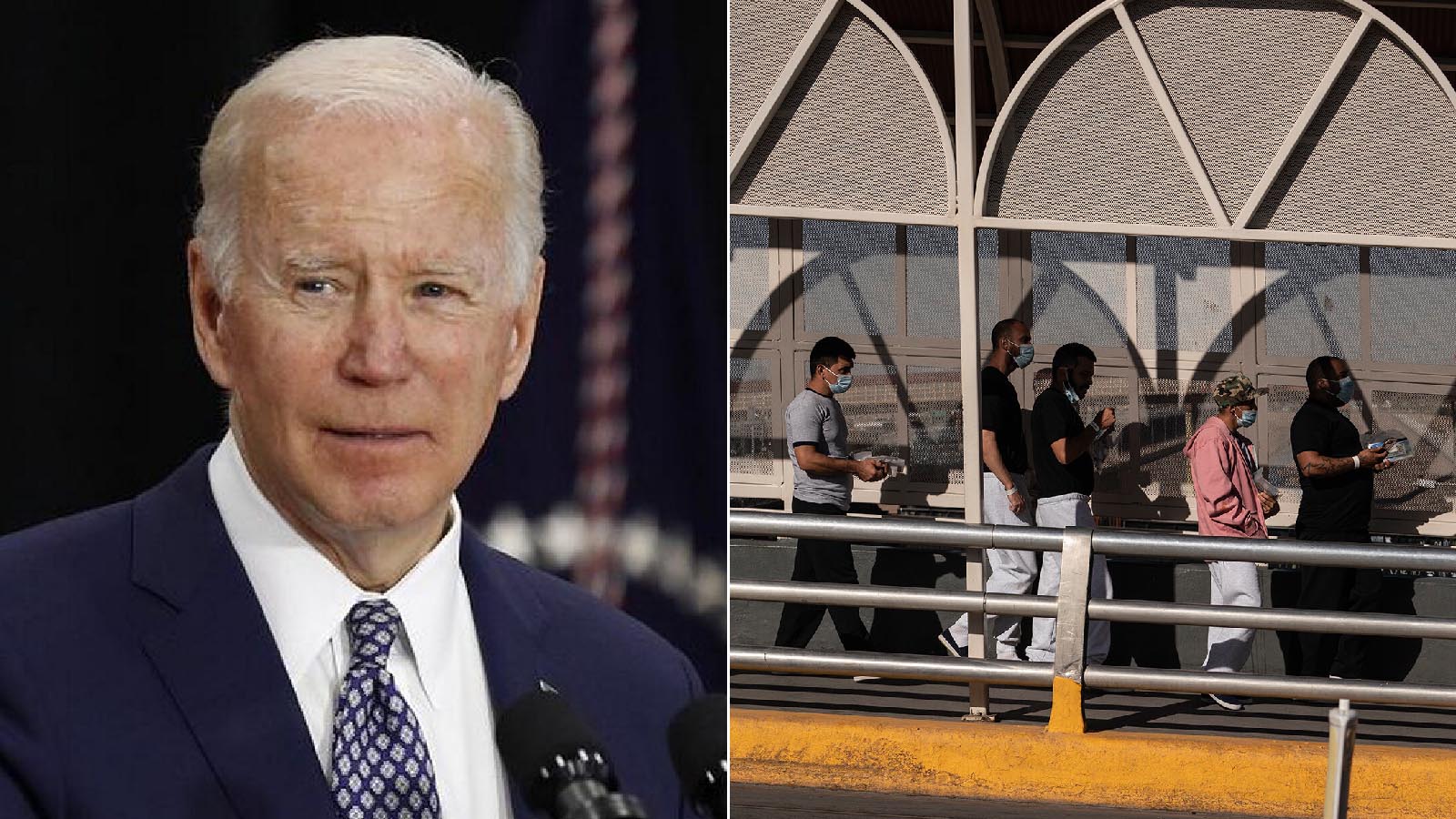 A Louisiana federal judge on Friday blocked the Biden administration’s attempt to end the Title 42 health policy that allows rapid expulsion of illegal immigrants — keeping the policy in place hours before it was set to expire.

US District Judge Robert Summerhays sided with 24 Republican state attorneys who warned of a possible surge of migrants across the US-Mexico border that would overwhelm their resources.

Summerhays wrote in a 47-page ruling issuing a nationwide injunction that the states “demonstrated harm that will result… and that, despite the impact of the order on the states, they were not able to protect their interest by participating in the notice-and-comment process mandated by the [Administrative Procedure Act].”

Republicans cheered the decision, but White House press secretary Karine Jean-Pierre said that the administration “disagrees with the court’s ruling, and the Department of Justice has announced that it will appeal this decision.”

“The authority to set public health policy nationally should rest with the Centers for Disease Control, not with a single district court,” Jean-Pierre said in a statement.

“However, in compliance with the court’s injunction, the Biden administration will continue to enforce the CDC’s 2020 Title 42 public health authority pending the appeal. This means that migrants who attempt to enter the United States unlawfully will be subject to expulsion under Title 42.”

Jean-Pierre added, “As the appeal proceeds, the Department of Homeland Security will continue planning for the eventual lifting of Title 42 in light of CDC’s public health judgment, at which point anyone who attempts to enter the country unlawfully will be subject to Title 8 Expedited Removal proceedings, if they do not have grounds to remain in the United States.”

In a statement of its own, the DOJ claimed the order lifting Title 42 was a “lawful exercise of CDC authority.”

The Title 42 order was adopted in 2020 by the Trump administration to allow for the near-immediate deportation of suspected illegal immigrants during the COVID-19 pandemic.

The fate of the policy became a point of conflict among Democrats, with more centrist party members arguing for keeping the order in place temporarily and more left-wing advocates urging its immediate repeal.

Republicans celebrated the court victory, saying it would prevent a tidal wave of migrants from crossing the border next week.

“Another federal court announced today what we have known all along: President Biden is ignoring federal law with his open border policies,” Texas Gov. Greg Abbott said in a statement. “While today’s court ruling rejecting President Biden’s ending of Title 42 expulsions is a positive development, hundreds of thousands of illegal immigrants remain at our southern border ready to flood into Texas … We remain vigilant in fighting the lifting of Title 42 expulsions.”

“Missouri and 23 other states just obtained a preliminary injunction against the Biden Administration over their planned cancellation of Title 42, keeping the program in place,” tweeted Missouri attorney general Eric Schmitt, who helped lead the lawsuit. “Huge win for border security!”

Rep. August Pfluger (R-Texas) told The Post, “I’m glad the court recognizes the harm that would be inflicted on Texas and other states if Title 42 was lifted in spite of Biden’s best efforts to further his open border policies.”

Rep. Chip Roy (R-Texas) concurred, saying: “A block of lifting Title 42 border expulsions is welcomed news for Texas and America, but it shouldn’t be left to a federal judge… Where is Congress? We should stop funding this lunacy and/or seven [Democrats] should join our discharge petition.”

But some advocates of repealing Title 42 said they were upset about the ruling.

“The decision undermines the Biden administration’s efforts to implement what the vast majority of Americans support – a fair, humane, and orderly immigration system. Instead, it maintains a status quo that has been wholly ineffective in establishing a secure border,” tweeted Krish O’Mara Vignarajah, president and CEO of Lutheran Immigration and Refugee Service.

Summerhays, a nominee of former President Donald Trump, heard arguments last week in the case, which began in April.

The Centers for Disease Control and Prevention announced last month that the policy would be lifted on May 23 due to an improvement in pandemic conditions – sparking fears among both Republican and Democratic lawmakers of an exponential increase in crossings along the southern border.

In his ruling, Summerhays wrote that the agency “has not explained how the present circumstances prevented the CDC from issuing the Termination Order through the required notice and comment process”.

Since the onset of the COVID-19 pandemic in the US, Title 42 has allowed border officials to expel most migrants attempting to enter the US without hearing their asylum claims, though the Biden administration relaxed its use of the policy to allow unaccompanied minors and family units to remain in the US.

According to official estimates, more than 1.7 million migrants have been removed under the policy since it was implemented.

Summerhays initially issued a temporary restraining order in April to prevent Title 42 from being lifted before he made a ruling in the state AGs’ lawsuit.

The decision to lift Title 42 was heavily criticized by officials in border states even as current migration levels soar with it in place.

In April, Customs and Border Protection reported a record high for that month of 234,088 repeat and unique migrant encounters along the southern border, but only 97,000 were removed under Title 42.

The number of arrests at the US-Mexico border hit a four-decade high last year.

If the order had been lifted, Department of Homeland Security Secretary Alejendro Mayorkas warned that as many as 18,000 migrants could cross the border daily.

Despite concerns, the Biden administration repeatedly defended the decision to lift the policy, with former White House press secretary Jen Psaki calling on Congress to take action if they wanted the policy to remain in place.

The Biden administration repeatedly defended the move to lift the policy, with former White House press secretary Jen Psaki describing it as a CDC decision and urging Congress to take action if they wanted the policy to remain in place.