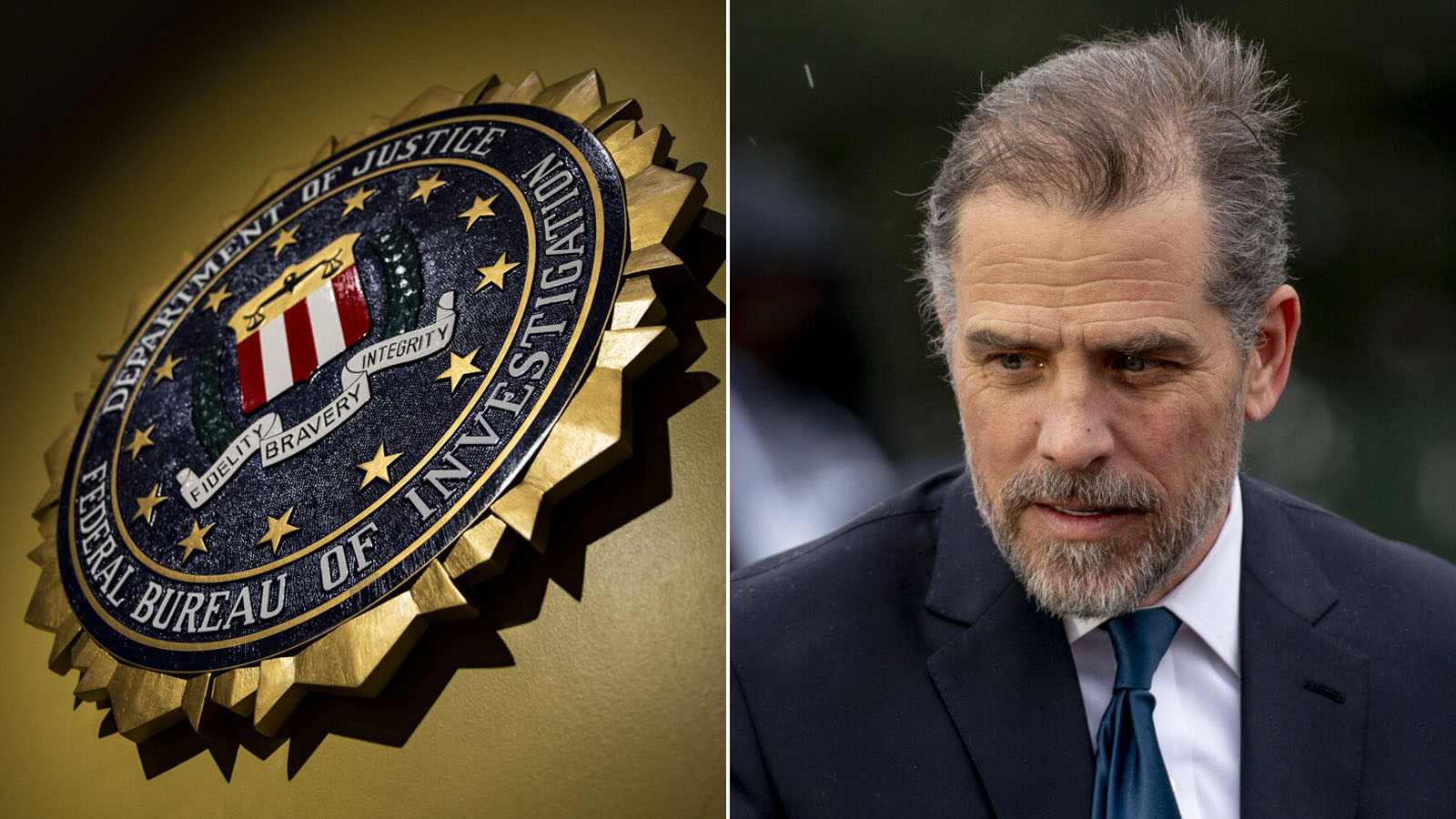 The FBI handed nearly $3.5 million of taxpayers money to Twitter to pay its staff to handle requests from the bureau to ban accounts.

A Twitter employee wrote in a February 2020 email that the company’s Safety, Content & Law Enforcement (SCALE) had ‘collected $3,415,323’ in less than two years from the FBI for ‘law-enforcement related projects.’

The email, which was revealed by journalist Michael Shellenberger, stated that SCALE had instituted a ‘reimbursement program’ in exchange for devoting staff hours to ‘processing requests from the FBI’.

The emails was entitled ‘Run the business – We made money!’.

The accounts the FBI asked Twitter to ban were largely linked to conservatives and ‘foreign influence operations’.

Twitter initially believed the Hunter Biden laptop story was ‘Russian disinformation’. It was revealed Monday that Jim Baker, Twitter’s top lawyer and ex-FBI general counsel, personally intervened to say it should be banned.

Baker told Yoel Roth, Twitter’s head of security, that the laptop story should be blocked – a day after getting a top secret briefing from his former FBI colleagues.

He wrote: ‘There are some facts that indicate the materials may have been hacked. We simply need more information.’

We went on to write: ‘I’m guessing we are going to restrict access to their article as violation of our Hacked Materials policy.’

An investigation into Twitter’s behavior around the 2020 presidential election by the incoming Republican majority in the house has been promised with Minority Leader Kevin McCarthy telling Fox News this week: ‘This is going to be a much bigger situation than people realize.’

In a previous dump, journalist Matt Taibbi tweeted: ‘Twitter’s contact with the FBI was constant and pervasive, as if it were a subsidiary.’

In response to the latest developments, House Minority Leader Rep. Kevin McCarthy said in an appearance on Mornings with Maria on Fox News: ‘We’re going to do more than just subpoena them. We’re going to change the course of where the FBI is today.’

He went on: ‘Every day we learn something more.’

The congressman from California continued: ‘Why are they [the FBI] able to do this? Working together, using private businesses to go after individuals right before an election, denying the American public the truth?’

McCarthy is one of the many Republicans who will be calling for a more thorough investigation of the FBI’s relationship with social media when the GOP takes control of the house in 2023.

McCarthy added: ‘This is going to be a much bigger situation than people realize.’ 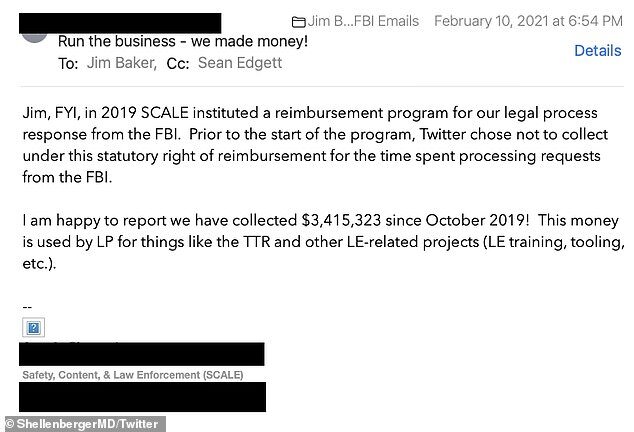 Following the release, Shellenberger retweeted a quote from Ohio GOP congressman Jim Jordan: ‘I have concerns about whether the government was running a misinformation operation on We the People.’

The reporter added: ‘Anyone who reads the Twitter Files, regardless of their political orientation, should share those concerns.’

The feds went on to pressure Twitter staffers to ban accounts that they were not fond of and to target alleged ‘foreign influence’ peddlers.

They wanted to grant the firm’s staffers that access to show what they claimed were threats posed to the November 2020 presidential election by foreign interference. 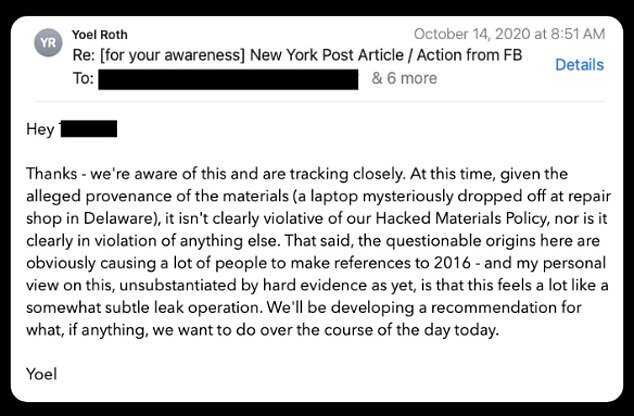 At one point, FBI agent Elvis Chan acted surprised at being reminded that Twitter’s general counsel Jim Baker was the FBI’s former general counsel, and held that very clearance.

On September 15 2020, another FBI agent, Laura Dehmlow, requested she be allowed to give Baker a top secret briefing with no other staff present.

Baker’s shameless attempts to discredit the Hunter Biden laptop story – which has since been proven to be accurate – where also shared by Shellenberger.

Monday’s Twitter Files release also showed that so many ex-FBI staffers had joined the social media network, there was now a private Slack channel set up just for them.

This was ostensibly to ‘onboard’ them at the firm and help show them the ropes – although the latest batch of Twitter files have sparked concerns about what else those former government operatives may have been up to.

The most recent ‘Twitter Files’ also revealed how an FBI official-turned Twitter lawyer sent a letter thanking the Bureau for its help suppressing the Hunter Biden laptop story.