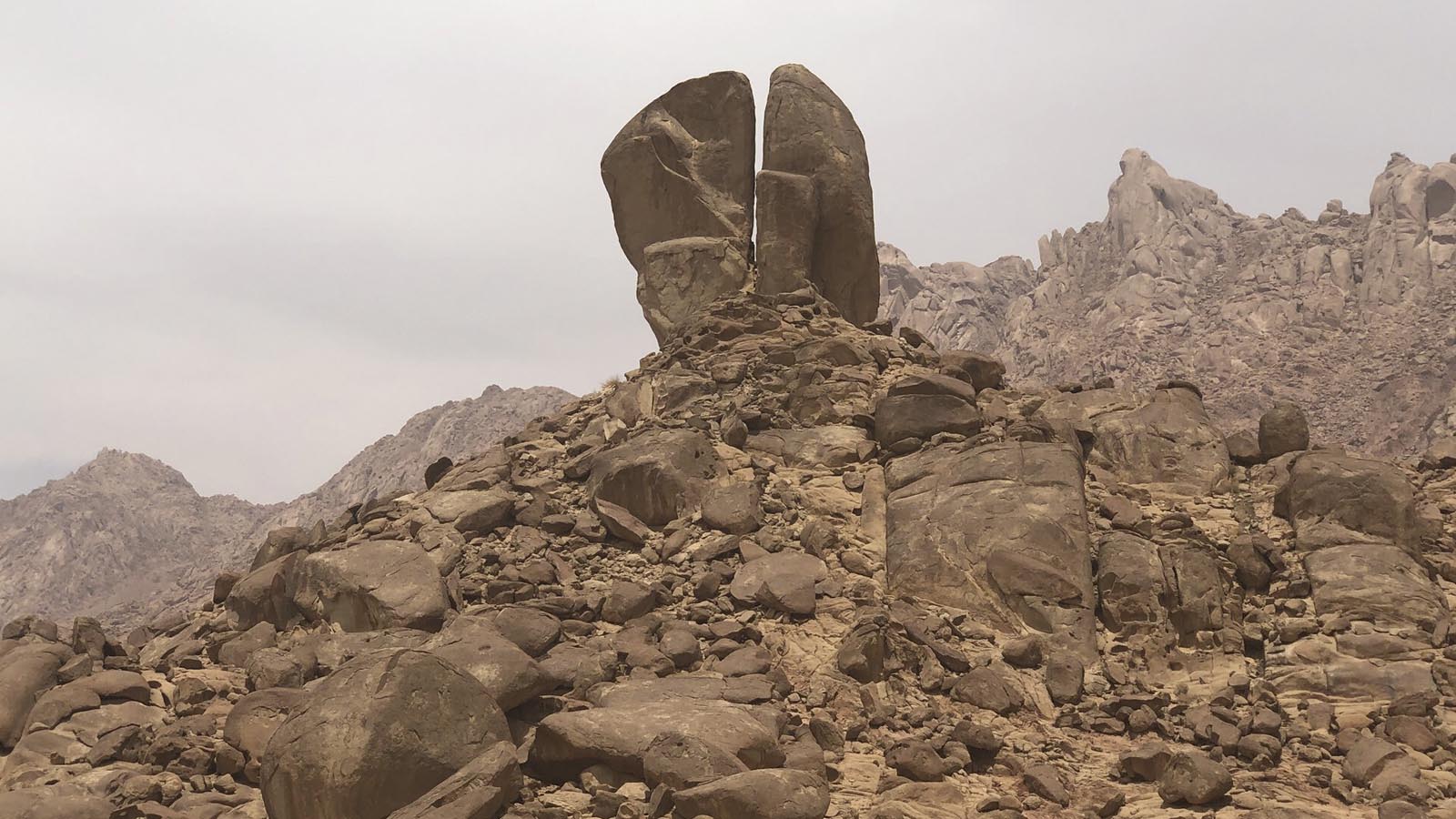 Scholars believe they may have found the place where Moses met with God and received the Ten Commandments, and it’s located in Saudi Arabia.

Ryan Mauro, president of the Doubting Thomas Research Foundation, told The Sun last year, “One of the main reasons certain scholars claim that the Exodus is a myth is because little to no evidence for what the Bible records has been found at the traditional Mt. Sinai in Egypt’s Sinai Peninsula.”

“But what if these scholars have actually been looking in the wrong spot?” he asked.

“Move over into the Arabian peninsula and you find incredibly compelling evidence matching the biblical account,” Mauro said.

Maps of the #Exodus journey usually look something like this, a map from the back of a NSAB #Bible. But what big event is missing from this map?

Read more about this event, and where it really may have taken place, here: https://t.co/hKPqaov42H#MountSinai #History #Moses pic.twitter.com/DGLXdBROva

Mauro said in a video released by his foundation in 2018 that the history surrounding the traditional location of Mt. Sinai only dates back to the fourth century A.D.

Further, none of the descriptors in the Bible about the children of Israel’s journey from Egyptian bondage to the mountain of God seem to line up with the modern site.

Not so with the spot Mauro’s team found in Saudi Arabia, which includes the land of Midian referred to in Scripture. As recorded in Exodus 3, God appeared to Moses in the burning bush in Midian at “Horeb, the mountain of God,” also known as Mt. Sinai.

Researchers with Mauro’s foundation traveled to the Arabian Peninsula and identified Jabal Maqla, a peak within the Jabal al-Lawz mountain range, as the likely Mt. Sinai.

The locals actually refer to it as Jebel Musa — the Mountain of Moses. It has a very distinct blackened top.

When Moses brought the children of Israel to the base of Mt. Sinai, where he first met God, it was “wrapped in smoke because the Lord had descended on it in fire. The smoke of it went up like the smoke of a kiln, and the whole mountain trembled greatly,” according to Exodus 19.

Mauro pointed out that the first-century Jewish historian Josephus wrote that Mt. Sinai was the highest mountain near a city now called al Bad, which is in northwest Saudi Arabia.

Current view- Jabal Maqla! My husband is up there somewhere with the local guides. #VisitSaudi #KSA pic.twitter.com/PNaHzlqeh7

Additionally, other places described in the route the Israelites traveled to get to Mt. Sinai appear to align with Jabal Maqla.

They include Nuweiba Beach, where the newly freed people, perhaps numbering in the millions, could have gathered to cross the Red Sea.

On the route from the Red Sea to Jabal Maqla, Mauro’s team found a grove of palm trees with 12 wells, which fits the description found in Exodus 15 of the campsite of Elim. The twelve wells matched the number of the tribes of Israel.

Mauro also came upon a stunning, six-story-tall split rock, which may be the “rock of Horeb” from which God caused water to flow in the desert after Moses struck it with his rod.

Local Bedouins refer to it as the Split Rock of Moses, Mauro said.

The local Bedouins call this, “The Split Rock of Moses.” It matches all of the biblical descriptions of, “The Rock at Horeb.” The rock alone is six stories tall. This is not merely a place where a miracle happened; it is the miracle. #Saudivision2030 #KSA pic.twitter.com/qOHBb0Skp0

At the base of Jabal Maqla itself, researchers discovered a man-made structure that appears to fit the description of an altar Moses built, including the remains of 12 pillars nearby, possibly representing the 12 tribes of Israel.

At the foot of Jabal Maqla in #SaudiArabia is a man-made structure of stones that seems to fit the description of #Moses' altar in Exodus 20 and 24. Close by are the remains of about 12 stone pillars.

Further, Mauro told The Sun, “Close to the mountain, we have this site covered with depictions of people worshiping bulls and cows. … What’s really significant is that these petroglyphs are isolated to this area. It’s not like they’re carved all over the mountain.”

In the biblical account, when Moses ascended Mt. Sinai to receive the Ten Commandments from God, the encounter lasted 40 days. During that time, the Israelites asked his brother Aaron to make a golden calf for them to worship.

Many cow petroglyphs are on a rock structure near Jabal Maqla where the Israelites may have placed the golden calf.

When Moses returned to the camp with the Ten Commandments and saw the children of Israel worshipping the calf, he called out, “Who is on the Lord’s side? Come to me.” He then ordered about 3,000 men who would not come to be put to death.

There is a mass grave site at the base of Jabal Maqla near where the golden calf may have been worshipped.

“What I found there was simply mind-blowing,” Mauro said, according to CBN News. “I couldn’t believe that there was all this evidence for the Exodus and hardly anyone outside this region was aware of it.”