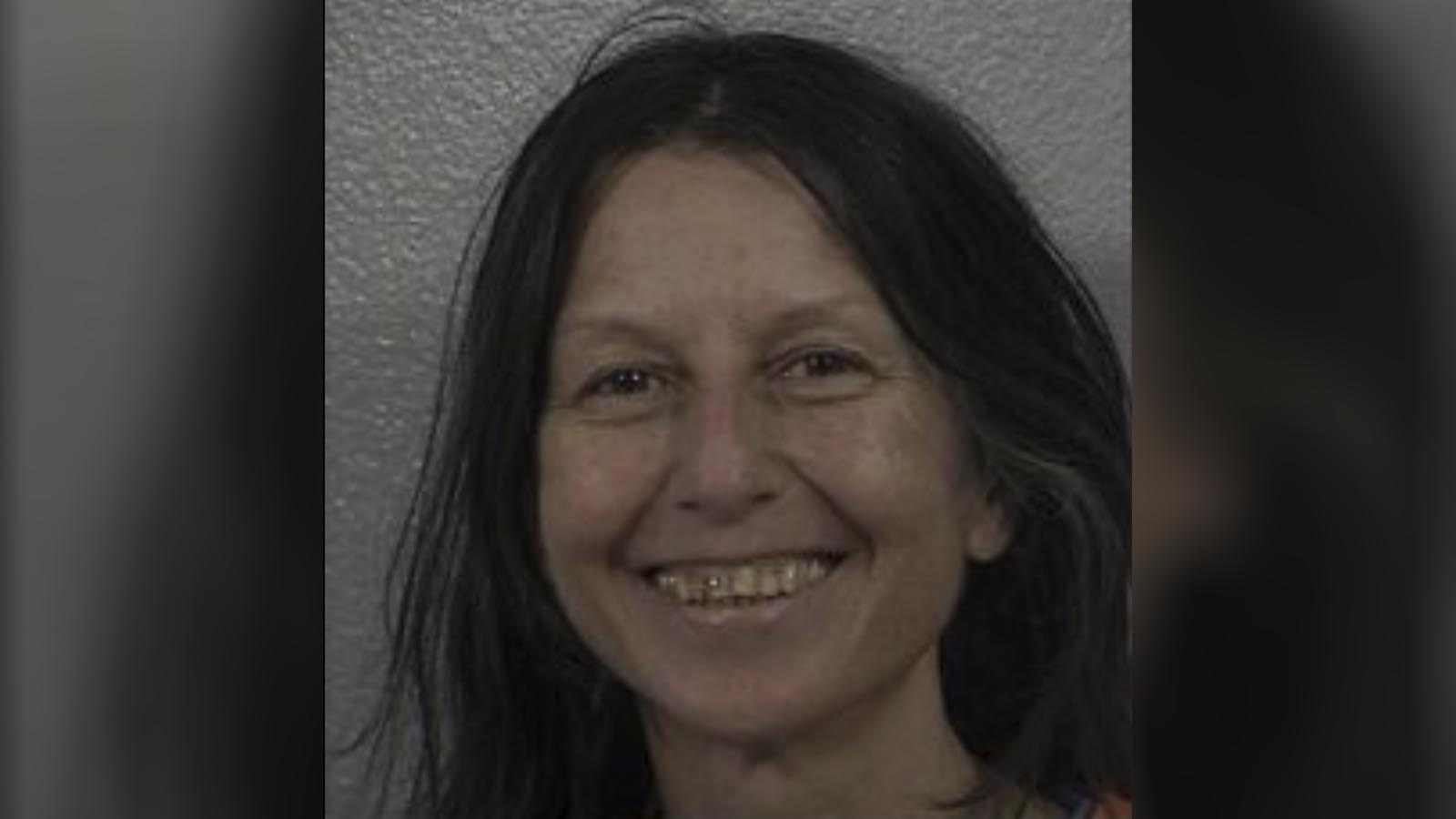 “The whole thing is shrouded in secrecy,” Taub, 53, told The Epoch Times on Nov. 22, a day before she released a lengthy open letter to Nancy Pelosi on a website where Taub has posted nudist and other content since 2008. The latest post includes an apology to Pelosi, additional details about DePape, and a poem promoting peace.

The letter states: “I invite you all to look at the incident that happened at Pelosi’s house with an open mind and an open heart.”

During a series of collect calls from a women’s prison in California, Taub discussed her relationship with the Pelosi attack suspect, David DePape, and her knowledge of his past. She also raised questions about the night he was arrested at Pelosi’s San Francisco home.

Taub noted that officials have refused to release records such as the audio recording of Paul Pelosi’s call to 911, police officers’ body-camera footage, and DePape’s mugshot.

“If things were the way they described, why not show everybody the photos?” Taub said. “Everybody would just believe them.”

Instead, she said, in the absence of those records, questions swirl.

In her blog post, Taub urges Nancy Pelosi to call for the records to be made public.

“If you have any control of this investigation (which I am not going to assume you do), please tell the authorities to release the security camera footage, the body camera footage from different angles, the entire dispatch tape, and witness interviews instead of spreading conspiracy theories about David,” Taub wrote.

Authorities allege that DePape, 42, broke into the Pelosi residence, intending to kidnap and interrogate Nancy Pelosi, but she was not home.

When police responded to Paul Pelosi’s 911 call, officers saw the two men struggling over a hammer, court records say. DePape allegedly wrested the weapon away and used it to strike the 80-year-old victim’s head. Paul Pelosi suffered serious injuries but survived; DePape is charged with attempted murder and other offenses.

Taub said it makes no sense for someone like DePape, who long held “progressive” ideals, to harbor ill will toward Pelosi, a longtime standard bearer for the Democratic party.

“David was a peace activist. He never expressed any desires to solve political problems through violence. He went to a lot of anti-war protests and participated in nonviolent resistance,” Taub’s blog post says.

However, Taub had fallen out of touch with DePape in recent months, and more recent acquaintances told The New York Post that DePape had abused drugs and was spouting right-wing conspiracy theories.

Taub at one point conceded that she suspected he could have been under the influence of drugs. Still, she emphasized that violent behavior would be “out of character” for DePape. “David is a really sweet person, and I really don’t believe that he did what he’s accused of,” she said.

To support her contentions, Taub asserted that DePape had shown no aggressive tendencies during the 22 years she has known him. She said DePape is extremely reserved.

When they first met, DePape hardly spoke to her. But Taub said she sensed “a beautiful soul” inside of him. “That’s what I love about him, is the true David that is in there,” she said, hidden beneath “the rubble of trauma.”

After a while, DePape started opening up more to her, and he told her about his traumatic childhood. DePape told her he grew up in a family where he would be punished if he expressed his emotions or violated other household rules, she said.

Taub believes DePape was severely abused. A caregiver “poured a pot of boiling water on him when he was 2 years old, and he nearly died,” Taub said. “And his shirt, the design on his shirt got imprinted on his skin. That’s how hot that water was.”

DePape eventually made his way from his native land, Canada, to Hawaii. That’s where he and Taub met in 2000. She was born in Russia and immigrated to New York in 1988. Twelve years later, she went to Hawaii when she was eight months pregnant to tap into social services for single mothers. “I thought it would be a beautiful place to raise a baby,” Taub said.

She ran into DePape when they were both looking for a place to live. “He was afraid to even talk,” Taub recalled. “My landlord in Hawaii said, ‘I never met anyone who was more afraid of people than David.’”

In contrast, Taub is outgoing. They became a couple. They moved to California and had two children together, in addition to the child fathered by another man. Taub said their relationship suffered because of DePape’s inability to communicate well.

She and DePape didn’t really function as “a couple” but stayed together to raise the children “because he was always helping me,” Taub said. Although he could not contribute financially, he would help watch the children, she said.

Taub said she taught him meditation techniques to help him cope with the emotional pain from his past. “There were times when he definitely experienced joy being with us, and he got better,” Taub said.

They lived together as a family for about 15 years, except for 18 months when DePape lived on the streets alone. “When he came back, he was paranoid. He thought people were following him,” she said. And, according to her children, “he thought he might be Jesus,” Taub said.

Apart But In Touch

She and DePape parted ways about seven years ago, but they remained in touch periodically. DePape was so poor, he relied on meals from soup kitchens, she said.

The last time Taub contacted DePape was about two weeks before the Pelosi attack. Reflecting on her life while incarcerated, Taub felt terrible that many months had elapsed since their last communication. So she mailed a note to a post office box that DePape rented in Berkeley, Calif.

“I sent him a letter saying that I love him and I miss him. And I really want to help him heal and I want to, like, see him on a regular basis,” Taub said.

She didn’t get a response, but she assumed the letter was delivered because the postal service did not return the letter to her.

The next thing she knew, DePape had been arrested in the Pelosi attack.

Based on everything Taub understood about him, it made no sense. “He’s not gonna break into someone’s house and start threatening, you know, politicians and their family members and physically assaulting them,” she said. “If anyone knew David, they will tell you that is the complete opposite of what he would behave like.”

She wonders how DePape made his way to the Pelosi residence. He didn’t have enough money to buy a car and he used a bicycle for transportation.

“He had no way of getting to San Francisco at 2 in the morning. Someone had to bring him there,” Taub said. She thinks DePape was still living in Berkeley, about a 20-minute car ride from San Francisco.

Taub also said details about DePape’s injuries are lacking. She would like to know more about the extent and type of injuries he suffered.

Authorities have disclosed that Paul Pelosi underwent surgery to repair a skull fracture and was hospitalized for six days as a result of the attack. But Taub said she hasn’t heard descriptions of DePape’s injuries.

Whatever happened, “David deserves justice, and the American people deserve to know the truth,” Taub said. She feels sympathetic to Nancy Pelosi. “I still feel bad this has happened to her because she did not deserve it,” Taub said.

Taub also said she wanted to set the record straight on a few points.

First, she acknowledges that she practices nudism, which she calls “body freedom.” However, DePape was “not really that much of a nudist,” she said. Rather, he attended nudist events to help with Taub’s crusade.

“He basically just always supported me and my activism,” Taub said.

Taub said she likes Nancy Pelosi, and can’t remember DePape saying anything bad about her or her politics in years past.

“We never had any disagreements about a political issue,” Taub said.

About her August 2021 conviction on 20 charges related to her repeated contact with a teen boy, Taub said, “I’m innocent,” adding the case is “under appeal.”

Her trial lawyer, Christopher Dobbins, has said that Taub “never touched” the youth and her overzealous intentions of helping him were misinterpreted.

Taub said: “I’m just tired of being slandered over the media … the last thing I would do is hurt a child … I protect people. That’s why I’m here—because I was trying to protect him. I was trying to help him get to the youth shelter.”

She is scheduled to be freed from prison on Jan. 4. Taub has been unable to communicate with DePape while she remains incarcerated; she wants to see him.

“I’m definitely going to visit him,” she said, “and that’s the first thing I want to do.”