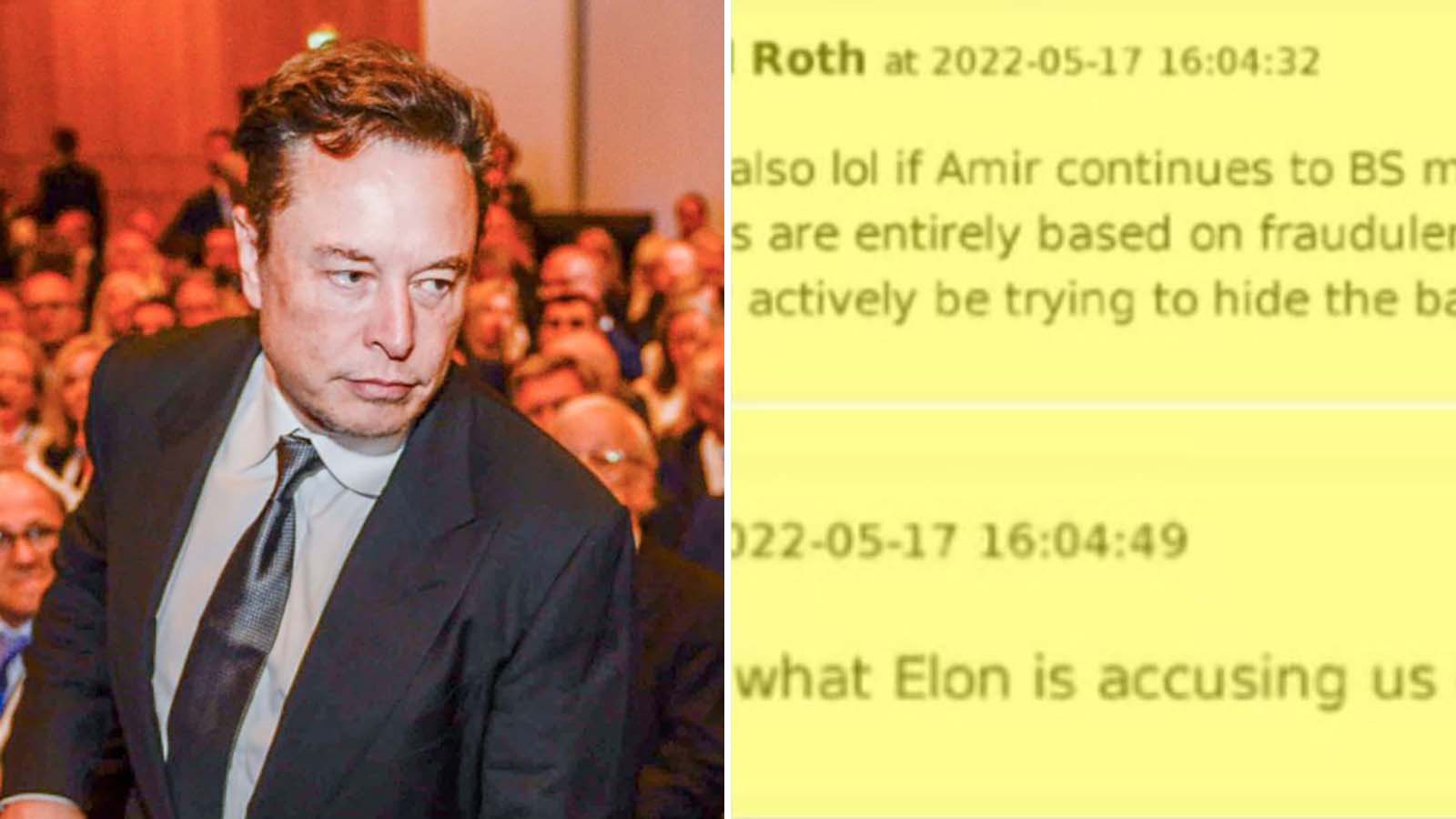 Musk shared what are purportedly internal Twitter communications originating from Yoel Roth, the head of Safety and Integrity at the company.

In a Sunday Twitter post, the Tesla mega billionaire points to the communication as proof that Twitter’s former executives and the company’s lawyers hid evidence before the court that dealt with Musk’s attempt to void his acquisition of Twitter. 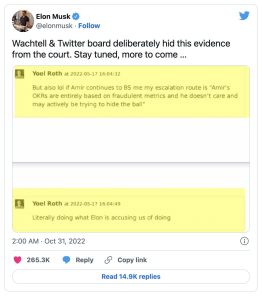 In the messages, Roth suggests he could accuse an apparent Twitter employee identified as “Amir” of having falsified his “Objectives and Key Results,” or “OKRs,” a metric used by technology companies such as Twitter to outline goals and assess outcomes.

Roth even points out that such falsification would amount to the same behavior Musk claimed Twitter’s executives were responsible for.

“Literally doing what Elon is accusing us of doing,” Roth wrote.

Musk ultimately ended up finalizing his deal to buy Twitter as a private company, but claimed that Twitter’s executives misrepresented the amount of bots active on the platform, inflating the company’s value.

Musk litigated against Twitter’s previous board for months, at one point attempting to get out of his purchase of the company.

He ultimately ended up coming to terms with Twitter’s board to complete the deal.

Musk fired three of the company’s executives on Friday, within hours of finalizing his deal to buy Twitter, beginning a new era for a company blighted with a reputation for censorship and political discrimination.

In a follow-up tweet, Musk expressed his support for Roth himself, describing him as a figure of high integrity.

This isn't surprising. Yoel Roth is a nasty individual. Should've been the first person fired. Yoel Roth once called Trump "actual Nazis" and a "racist tangerine" and used his opinion to justify censoring Trump tweets.

Musk has pledged to bring a vision of free expression to Twitter.