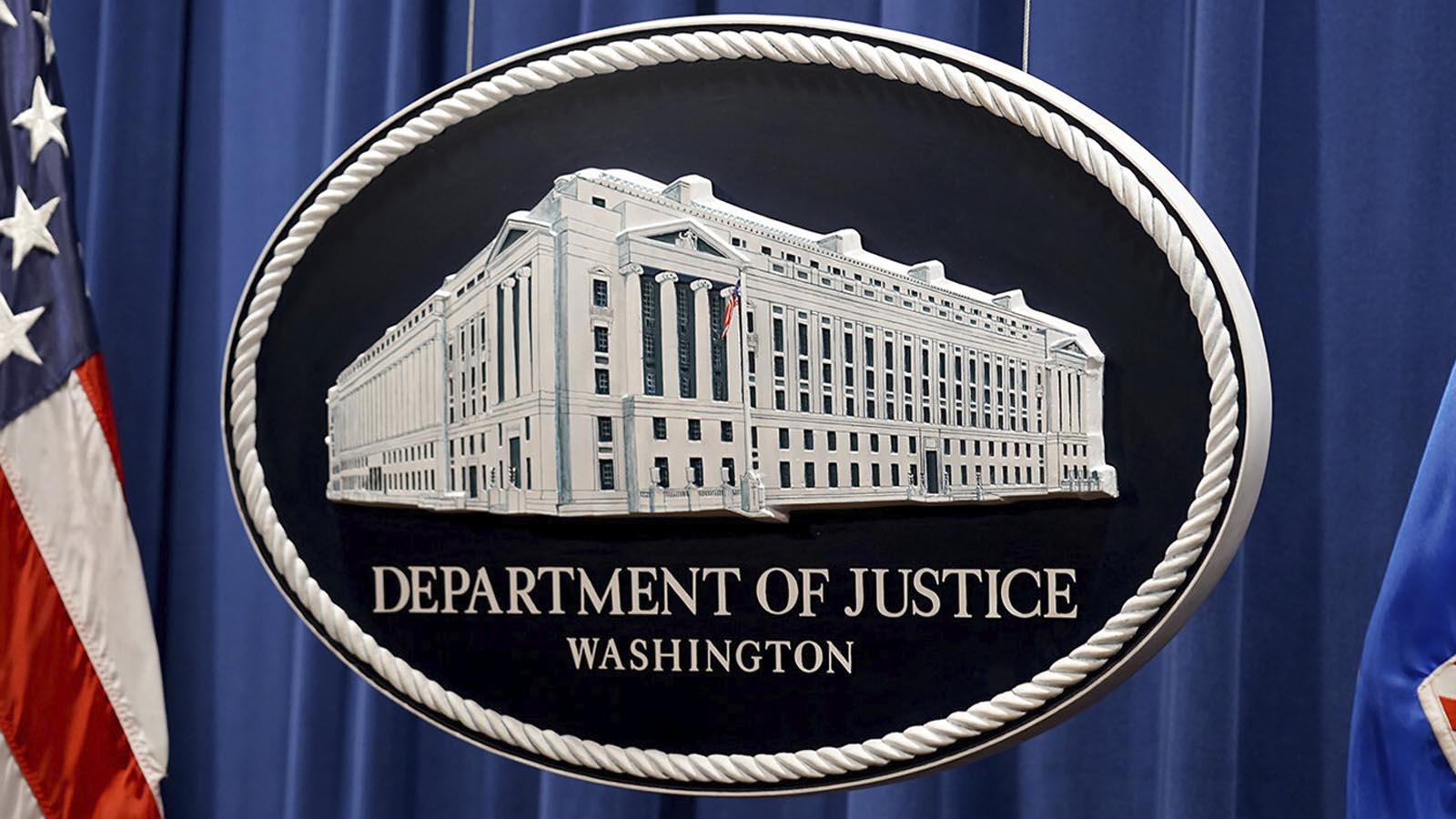 In the final hours of the Trump presidency, the U.S. Justice Department raised privacy concerns to thwart the release of hundreds of pages of documents that Donald Trump had declassified to expose FBI abuses during the Russia collusion probe, and the agency then defied a subsequent order to release the materials after redactions were made, according to interviews and documents.

The previously untold story of how highly anticipated declassified material never became public is contained in a memo obtained by Just the News from the National Archives that was written by then-White House Chief of Staff Mark Meadows just hours before Trump left office on noon of Jan. 20, 2021.

Meadows’ memo confirmed prior reporting by Just the News that Trump on Jan. 19, 2021 declassified a binder of hundreds of pages of sensitive FBI documents that show how the bureau used informants and FISA warrants to spy on the Trump campaign and misled both a federal court and Congress about flaws in the evidence they offered to get approval for the investigation.

The declassified documents included transcripts of intercepts made by the FBI of Trump aides, a declassified copy of the final FISA warrant approved by an intelligence court, and the tasking orders and debriefings of the two main confidential human sources, Christopher Steele and Stefan Halper, the bureau used to investigate whether Trump had colluded with Russia to steal the 2016 election.

In the end, multiple investigations found there was no such collusion and that the FBI violated rules and misled the FISA court in an effort to keep the probe going.

The documents that Trump declassified never saw the light of day, even though they were lawfully declassified by Trump and the DOJ was instructed by the president though Meadows to expeditiously release them after redacting private information as necessary.

Just the News obtained the memo after going to the Trump collection at the National Archives and asking it to look for the binder of documents Trump had declassified. The Archives said it did not possess the documents, the Justice Department did and provided a copy of Meadows’ memo.

In an interview Tuesday night on the “Just the News, Not Noise” television show, Meadows said he was dismayed that DOJ ignored a lawful instruction from a sitting president and said it was part of a larger dynamic in which the permanent federal bureaucracy repeatedly tied to undercut Trump to protect itself.

“Well, you know, the swamp is pretty deep,” Meadows said. “But when we look at this, this particular president was all about draining the swamp, you know, and when he was running, that was more of a campaign slogan. When he got there, he realized that not only was the swamp very deep, but they they would fight back. And oftentimes he said, ‘You know, I want to do this and get this out to the American people, not just the classification in terms of issues that affected him or his campaign personally, but issues that affect the American people.

“What would happen is he would have a directive, and then we would see, as people were leaving the Oval Office, you know, they were nodding compliance in the Oval Office, and the minute they go out, they said, ‘Well, we’re not going to do that’ or ‘We’re going to find all the reasons not to do it.’ So I found that very often while I served as chief of staff, but also found that as a member of Congress, that many times we would go in and the president was all in on a transparency issue, only to find that many, whether they be at a particular agency or the Pentagon, they started pushing back.”

Liz Harrington, Trump’s spokeswoman, told Just the News that DOJ’s failure to release the memos fit a pattern of political abuse inside an agency that is supposed to be above politics.

“For four years they lied, leaked, spied on, and smeared President Trump in their attempts to defy the will of the people,” she said. “This is further proof of the depths they will go to hide their corruption. It is far past time for transparency of one of the biggest political scandals in American history.”

Meadows wrote in his 2021 memo that White House lawyers told him that the DOJ’s last-minute concerns were not legitimate because the executive office of the president was exempt from the Privacy Act. In the interview Tuesday night, he said he agreed in the final minutes of the presidency to let DOJ make redactions “out of an abundance of caution” and expected the DOJ would comply with Trump’s order.

You can read the full memo here:

Meadows Memo to AG re Declassification of FBI Binder.01.20.2021.pdf

Former Pentagon Chief of Staff Kash Patel, who worked as the chief investigative counsel for the House Intelligence Committee when it unraveled the false Russia narrative under then-Rep. Devin Nunes, said Tuesday the DOJ’s defiance of a lawful presidential order only compounded the FBI’s and department’s failings during the original probe by preventing the American public from having transparency.

“It is illegal to hide documents from publication through the FOIA process, if their sole purpose is to cover up an embarrassment or unlawful activity, and that’s what’s going on right now,” Patel told the John Solomon Reports podcast, criticizing current and former federal officials for not speaking out against the DOJ’s defiance.

“It’s shocking, but not surprising, since it has to do with President Trump,” Patel added. “So their hypocrisy is on display.” The DOJ and FBI, he said, simply attempted to run out the clock as the administration’s final hours wound down.

Patel said the next steps to force the disclosure of the documents is a FOIA lawsuit and possible subpoenas from Congress if Republicans regain control in the November elections. Just the News is exploring such litigation.

Tom Fitton, the president of the watchdog group Judicial Watch, said the documents in the binder are likely to be responsive to current lawsuits his group has pending at the Justice Department and FBI for Russia probe documents and the 2021 memo from Meadows may make it easier to persuade a court to take action. He said he believes DOJ is “still trying to protect their own in terms of the corruption involving the targeting of Trump” during the Russia probe.

Notably, Fitton’s group was involved in litigation that resulted in a court ruling years ago that the White House was exempt from the requirements of the Privacy Act, and he said the DOJ’s last-minute effort to raise the issue to stop the release of the declassified documents smacked of bad faith.

DOJ “did the runaround to try to protect themselves from being exposed, because the documents, to be clear, relate to the improper targeting of Trump and his associates that we know is based on politics and animus as opposed to national security or anything substantive,” Fitton told the “Just the News, Not Noise” show. “And in this case, these were documents that were made available pursuant to the president’s lawful authority. And in the end, the FBI came up with a lie, which is that the Privacy Act was implicated in the release of these documents by the White House, and that wasn’t the case.”

Former Trump adviser David Bossie, the head of the Citizens United watchdog group, said the episode is a pointed reminder that the permanent bureaucracy in Washington wields so much power it can thwart the actions of a duly elected president.

“This is what President Trump ran against: the Deep State,” Bossie said. “These are the deep state actors that the American people don’t understand really what it’s about, but it’s the people who are the permanent class in Washington D.C. They just don’t do what they’re told. They don’t do what they are ordered to do. And so when President Trump says to a bunch of bureaucrats to go do something, they sit on their hands, and especially at the last minute. This was a conspiracy against the president, within our own government.”

Meadows said if the documents are finally released, they will provide compelling evidence that congressional Democrats and FBI leaders who assured the public there was a Russia-Trump conspiracy actually knew what they were saying was untrue.

“We found that not only were some of the allegations made by some of the Democrats false, but they were kind of guilty of what they were accusing Donald Trump of,” he said.