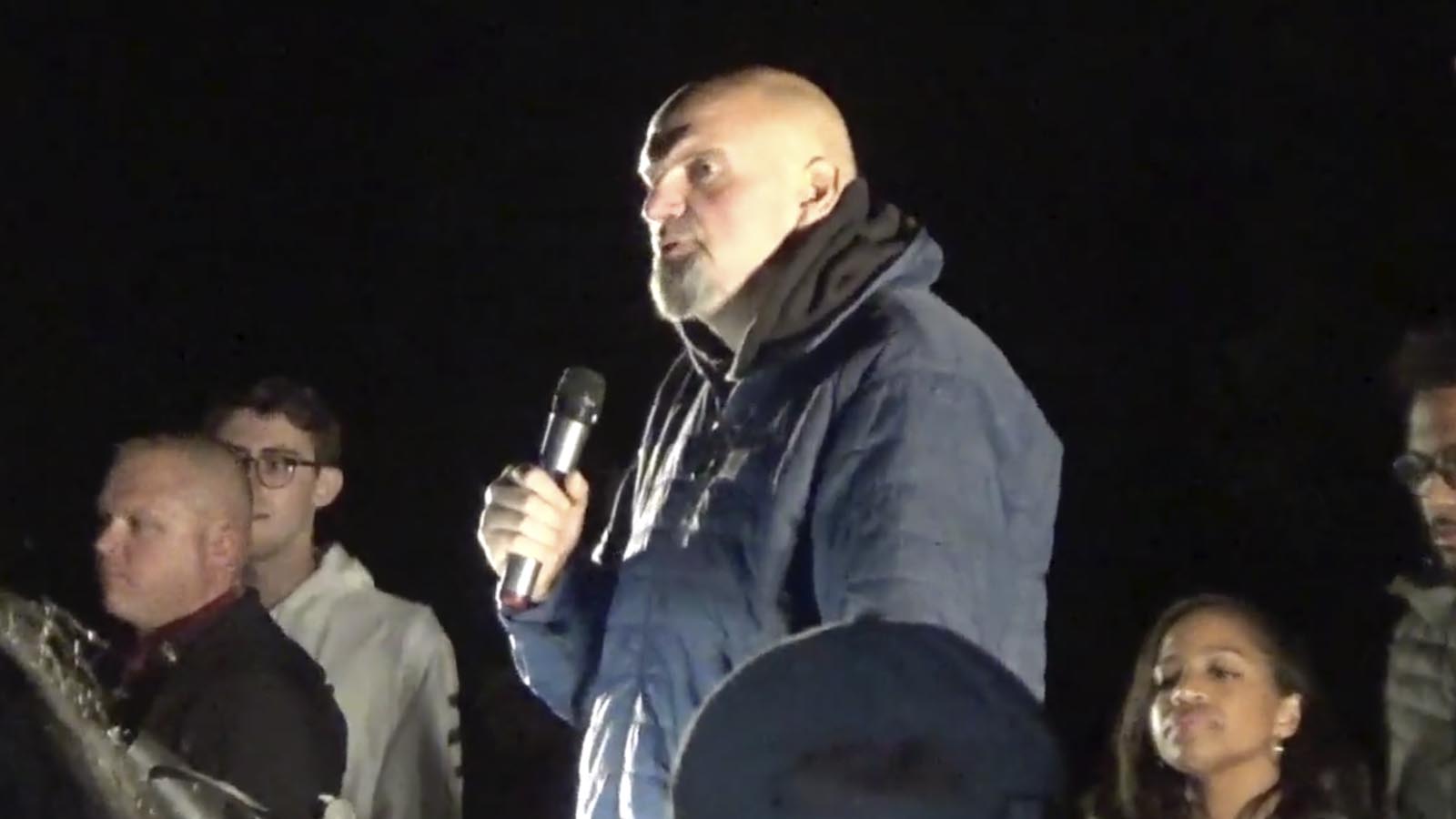 With only five days before Americans vote in midterm elections that will decide the course of President Joe Biden’s term in office, one battleground state candidate has sparked a brand new kind of pre-election debate.

That new debate is whether Pennsylvania’s lieutenant governor and Democratic Senate candidate John Fetterman is fit to hold office, given his string of embarrassing appearances and speeches resulting from medical problems he’s experiencing from a stroke he had in May.

A clip making the rounds Thursday has many voters wondering if this guy should be anywhere near a campaign trail, let alone hold the voting and decision power of a U.S. senator. In the clip, posted by the Republican National Committee, Fetterman rambled on about … high school football? I think?

What is John Fetterman talking about? pic.twitter.com/FnAbSxY67n

Here’s a rough transcription of his words: “I think that anyone who ever plays football in high school was, you know, at kind of a trade out kind of football camp and there wasn’t any interest I have come play here.”

According to the RNC’s YouTube channel, the video came from a Fetterman appearance at Penn State. Fetterman was campaigning at the school in State College, Pennsylvania, on Wednesday with Pennsylvania Attorney General Josh Shapiro, the Democratic candidate for governor of the Keystone State.

The post had received more than 420,000 views by Thursday afternoon.

While many are either for or against Fetterman, politically speaking, many users reacted with what appears to be genuine sympathy, given that it appears Fetterman is seemingly being exploited and used by his family, his handlers and the Democratic Party with no regard for his post-stroke cognitive status.

“I have empathy for stroke victims. He needs time and help recovering with therapy. He does not need to continue this Senate campaign. He is not ready and his campaign managers/team need to stop this for his sake!” one Twitter user wrote.

I have empathy for stroke victims. He needs time and help recovering with therapy. He does not need to continue this Senate campaign. He is not ready and his campaign managers/team need to stop this for his sake!

“What do you think the biggest cause of inflation is, and should the Biden administration be doing more?” Lemon asked Fetterman.

“Uh, I just do. I think that, that simply is also, yeah, let’s talk about the trillions in in massive tax or uh, tax uh, cuts to the corporate, uh, tax structure is well true …,” Fetterman responded.

No honest and reasonable person can watch Fetterman issue such responses and be excited to vote for him on Election Day. It’s absolutely tragic that he suffered a stroke and, as often pointed out by his critics, it would be better for Fetterman to sit this one out and take the time needed to recover properly.

We’re talking about the U.S. Senate — one of the highest elected offices an individual can hold in the United States. It’s a position that includes the power to make and change the laws that affect our daily lives.

Trusting Fetterman, in his current state, to make such critical decisions — when he can’t even correctly comprehend or answer simple debate questions — is a fool’s approach.

Fetterman’s Republican challenger, Dr. Mehmet Oz, admittedly isn’t the strongest Republican candidate out there. However, as more Pennsylvanians question Fetterman’s candidacy and watch him repeatedly display his poor health and inability to provide clear answers to concerned voters, it’s no wonder Oz is now overtaking him in the polls.

In one of the first post-debate polls from Emerson College Polling/The Hill, Oz, at 48 percent of support, now leads Fetterman, who garnered 46 percent of support. The poll indicated that 4 percent of respondents are still undecided, giving both candidates a last-ditch chance to earn those crucial votes.

The poll of 1,000 likely voters was conducted Oct. 28-31, and had a margin of error of 3 percentage points, according to Emerson College Polling

Spencer Kimball, executive director of Emerson College Polling, pointed to one particular tidbit from the latest poll that shows just how profound the impact of the Oct. 25 Fetterman-Oz debate was on voters.

We can speculate all day, but only next week will we know for sure what Pennsylvania voters are thinking. Are they willing to give Fetterman a medical pass, or will they come to their senses and realize that we need a healthy, sharp individual holding office?

Only time will tell.