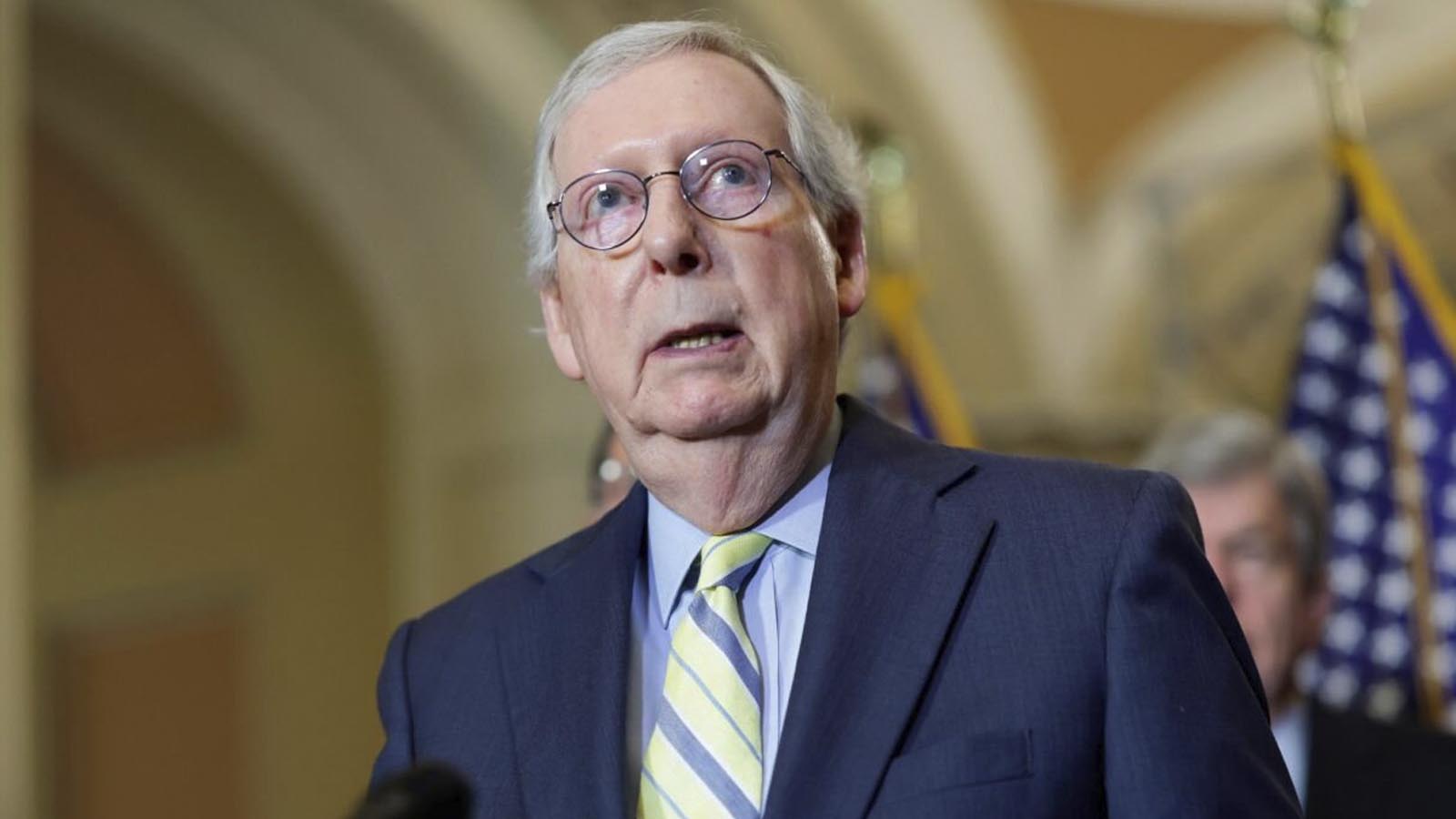 Republicans in the US Senate are preparing to betray their voters again. Somehow, against all odds, the surrender caucus has managed to up its game, this time looking to hand Joe Biden his entire agenda for 2023 just days before the GOP officially takes control of the House.

Mitch McConnell and his cohorts are apparently so terrified of fighting back that they are willing to concede the power voters just gave their party. Democrats must be giddy at their luck, having an “opposition” that refuses to actually oppose them.

Now, the details of the coming gut punch have been released, and they are much worse than imagined. Don’t get me wrong, I knew this bill would be terrible, but this is next-level stuff. 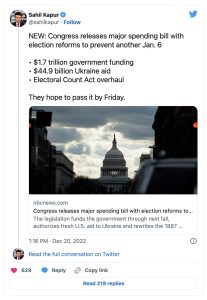 Yes, you read that right. This spending bill is $1.7 trillion dollars and extends through next fall. Republicans were given the power of the purse for 2023 and they won’t even be able to use them because McConnell is so deadset on surrendering. It’s inexplicable, and no, fear of a government shutdown is not an excuse. What is the point of winning elections if that power is conceded before the changing of the guard even occurs?

Then there’s the $44.9 billion for Ukraine. That’s an astronomical number that is completely unjustified. Even if one supports continuing to fund the war there, the responsible way to do it would be piece by piece every few months, knowing where every dime is going. This massive appropriation (that dwarfs the prior ones) will have none of those safeguards, with most of the discretion for the spending resting with Joe Biden.

As to the electoral count act reforms, I’m not even sure all of them are constitutional. But when has that ever mattered when virtue signaling and giving Democrats exactly what they want is on the table for Republican elites?

Here’s the best part, though. McConnell is actually calling this a win for the GOP, and if you’ve been a conservative for more than the last five minutes, I bet you can guess what his reasoning is.

For Republicans, one incentive to pass the bill now is that it funds the military at a higher level than the nondefense budget. “This is a strong outcome for Republicans,” Senate Minority Leader Mitch McConnell, R-Ky., said, arguing that the GOP persuaded Democrats to back down on their long-standing demand for “parity” between the two pots of money.

If I had a dollar for every turd-sandwich of a bill that has been forced down the throats of GOP voters under the guise of funding the military, I’d be living on a private island somewhere. That is always the justification given by Republican leaders for passing bills that are fundamentally harmful.

I’m supposed to be happy with this monstrosity because it funds a Pentagon that can’t even account for 60 percent of its spending? That’s the line McConnell is going with? It’s infuriating, especially given the current reality of the US military. It’s not 1995 anymore. Republicans should not continue to blindly shovel cash into a wasteful apparatus that refuses any and all accountability while being run by woke maniacs like Mark Milley.

Republican voters have a right to be angry at this. The status quo is being maintained everywhere, from the Senate to the RNC. Past failures are being ignored, future ones are being instituted, and it’s quickly becoming pointless to even support the GOP.