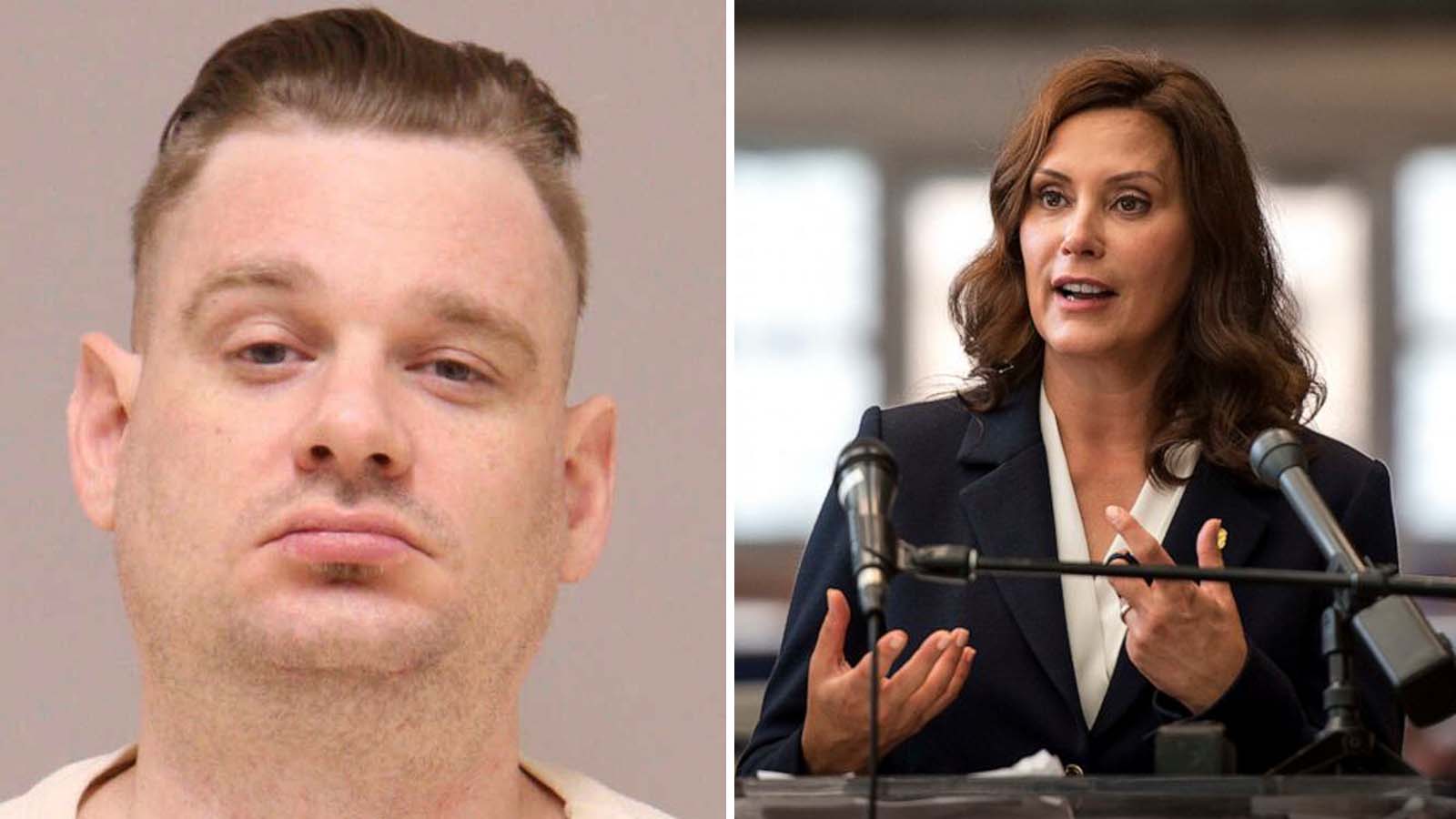 The co-leader of a foiled plot to kidnap Michigan Gov. Gretchen Whitmer has been sentenced Wednesday to 16 years in prison for conspiring to abduct her and blow up a bridge to ease an escape.

Adam Fox returned to federal court Tuesday, four months after he and Barry Croft Jr. were convicted of conspiracy charges at a second trial in Grand Rapids, Michigan.

Judge Robert J. Jonker said that while Fox’s sentence was needed as a punishment and deterrent to future similar acts, the government’s request for life in prison is “not necessary to achieve those purposes.”

The sentencing comes less than two weeks after three other men who were found guilty of backing the 2020 plot were sentenced.

Prior to the men learning their fate, Whitmer, in a recorded impact statement played in a Jackson County courtroom, said, “A conspiracy to kidnap and kill a sitting governor in the state of Michigan is a threat to democracy itself.”

The government had pushed for a life sentence for Tuesday’s sentencing, saying Croft offered bomb-making skills and ideology while Fox was the “driving force urging their recruits to take up arms, kidnap the governor and kill those who stood in their way.”

But Judge Jonker said that would be “too much.”

“Something less than life gets the job done in this case,” Jonker said, later adding that 16 years in prison “is still in my mind a very long time.”

In addition to the 16-year prison sentence, Fox will have to serve five years of supervised release.

Fox and Croft were convicted at a second trial in August, months after a different jury in Grand Rapids, Michigan, couldn’t reach a verdict but acquitted two other men. Croft, a trucker from Bear, Delaware, will be sentenced Wednesday.

Fox and Croft in 2020 met with like-minded provocateurs at a summit in Ohio, trained with weapons in Michigan and Wisconsin and took a ride to “put eyes” on Whitmer’s vacation home with night-vision goggles, according to evidence.

“People need to stop with the misplaced anger and place the anger where it should go, and that’s against our tyrannical … government,” Fox declared that spring, boiling over COVID-19 restrictions and perceived threats to gun ownership.

Whitmer wasn’t physically harmed. The FBI, which was secretly embedded in the group, broke things up by fall.

“They had no real plan for what to do with the governor if they actually seized her. Paradoxically, this made them more dangerous, not less,” Assistant U.S. Attorney Nils Kessler said in a court filing ahead of the hearing.

In 2020, Fox, 39, was living in the basement of a Grand Rapids-area vacuum shop, the site of clandestine meetings with members of a paramilitary group and an undercover FBI agent. His lawyer said he was depressed, anxious and smoking marijuana daily.

Christopher Gibbons said a life sentence would be extreme.

Fox was regularly exposed to “inflammatory rhetoric” by FBI informants, especially Army veteran Dan Chappel, who “manipulated not only Fox’s sense of ‘patriotism’ but also his need for friendship, acceptance and male approval,” Gibbons said in a court filing.

He said prosecutors had exaggerated Fox’s capabilities, saying he was poor and lacked the capability to obtain a bomb and carry out the plan.

Two men who pleaded guilty to conspiracy and testified against Fox and Croft received substantial breaks: Ty Garbin already is free after a 2 1/2-year prison term, while Kaleb Franks was given a four-year sentence.