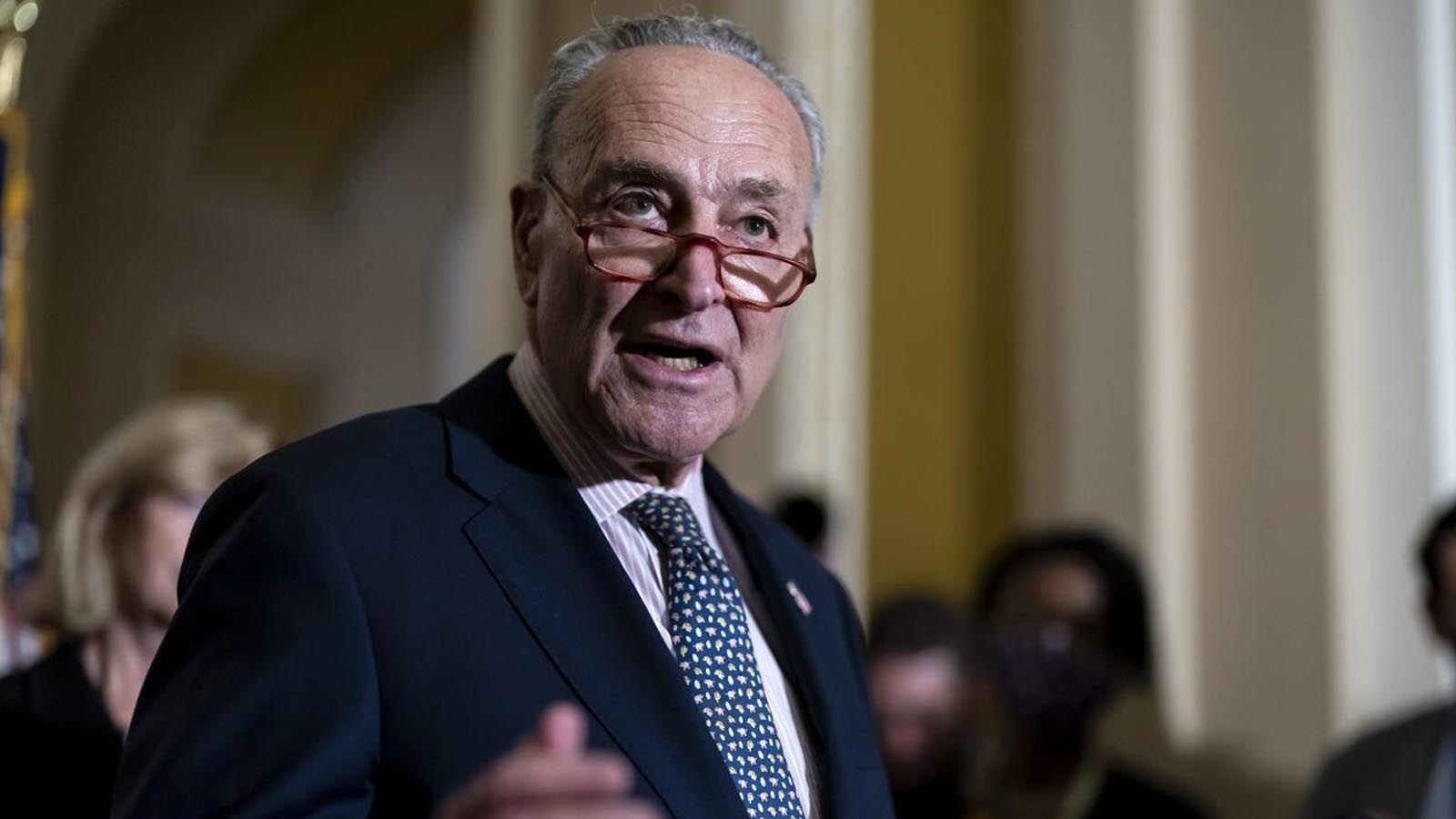 Democratic Senate Majority Leader Chuck Schumer said in a press conference on Saturday night that the Democrats’ success in retaining control of the U.S. Senate is a “victory” for the American people.

In a New York City press conference, Schumer reacted to Democrats keeping control of the Senate.

“With the races now called in Arizona and Nevada, Democrats will have a majority again in the Senate. And I will be the Majority Leader,” Schumer said. “This election is a victory, a victory and a vindication for Democrats, our agenda, and for the America and for the American people.”

Schumer credited Democrats’ “terrific candidates,” “our agenda and our accomplishments,” and the “American people who rejected the anti-democratic, extremist MAGA Republicans” in helping keep the Senate majority.

“Our candidates Catherine Cortez Masto, Mark Kelly, Maggie Hassan and John Fetterman and Raphael Warnock are just fine human beings who really care about people who have the understanding of how to get things done. And those who have been in the Senate have already accomplished great things,” Schumer said.

The Senate majority leader said that American voters “believed in what we got done, and it stood in contrast to the other party.”

After Tuesday’s midterm elections, Biden said he would do “nothing” differently in the next two years of his presidency.

Listing several items as what he sees as accomplishments, Schumer said Saturday that “we got a whole lot of things done.”

Schumer also said that Americans are “not happy with Republican leaders who condoned and even supported this nasty, poisonous rhetoric.”

“I’m making a plea to my Republican colleagues. We can disagree on so many issues. That’s fair. But let’s not have this kind of divisive negativity. Let’s not have the condemnation of viciousness and even violence against poll workers, against so many others. Let us try to come together,” Schumer said.