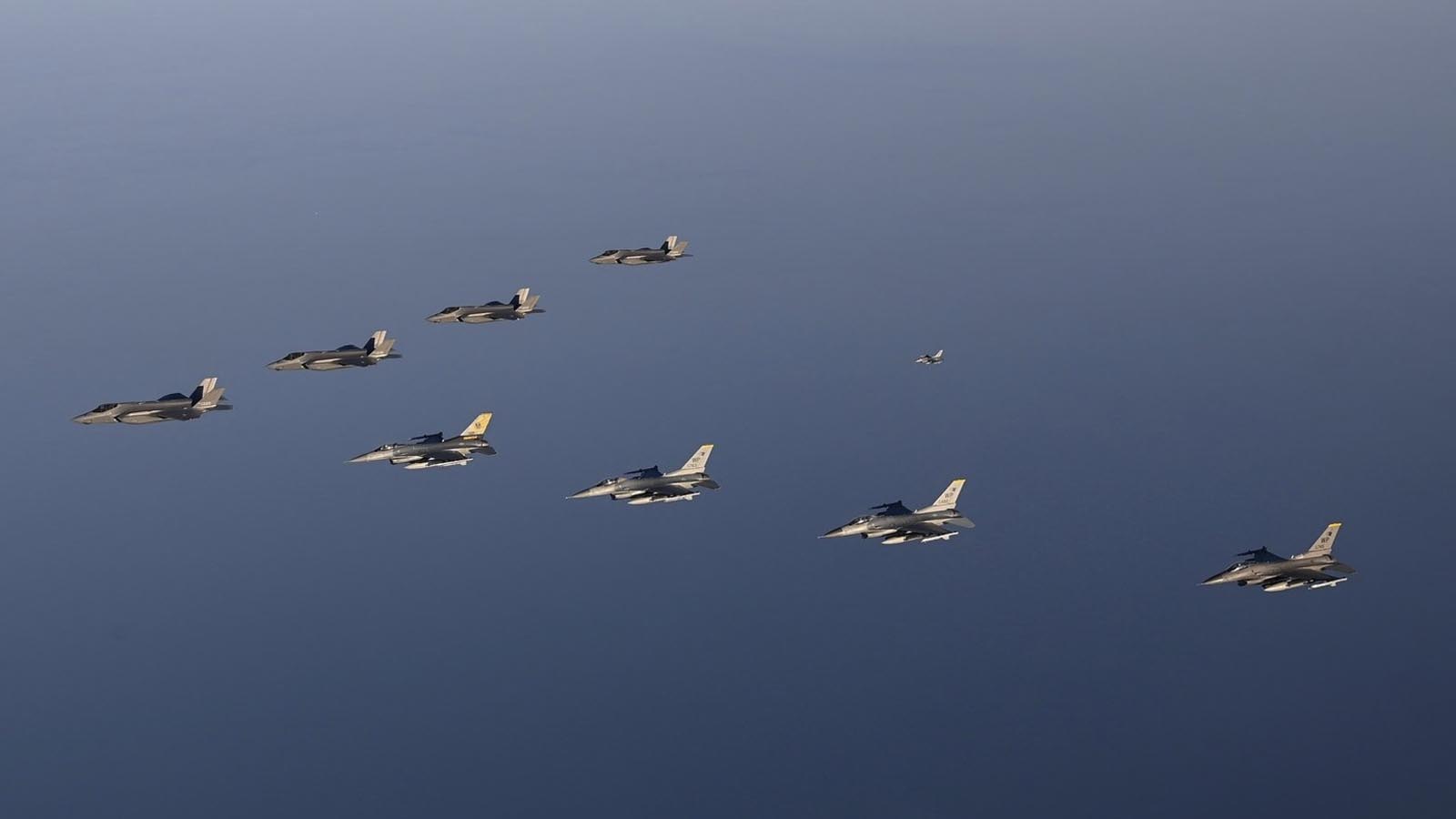 Four Chinese military aircraft and several vessels were detected near Taiwan early Monday morning in the latest provocation of Beijing against the island nation. 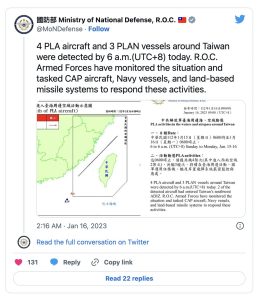 Taiwanese Armed Forces have monitored the situation and tasked CAP aircraft, Navy vessels, and land-based missile systems to respond to these activities, the Defense Ministry said.

It added that two of the detected aircraft – described as J-16 jets – had entered Taiwan’s Air Defense Identification Zone.

Monday’s provocation marked merely the latest installment of what has been a daily occurrence for the self-governing island, which Beijing regards as its own territory.

On Wednesday, China renewed its threats to attack Taiwan and warned that foreign politicians who interact with the self-governing island are “playing with fire.”

A spokesperson for China’s Taiwan Affairs Office said the country was recommitted in the new year to “safeguarding sovereignty and territorial integrity” and “smashing plots for Taiwan independence” on the self-governing democracy that separated from mainland China in 1949.

“The malicious support for Taiwan independence among anti-China elements in a few foreign countries are a deliberate provocation,” Ma Xiaoguang said at a biweekly news conference.

A string of visits in recent months by foreign politicians to Taiwan, including by then-U.S. House Speaker Nancy Pelosi and numerous politicians from the European Union, spurred displays of military might from both sides.

This week, Taiwan’s military staged drills intended to reassure the public of its ability to counter China’s threats ahead of this month’s Lunar New Year holiday.

“The most important thing is to maintain the safety of our airspace and national security,” air force Lt. Col. Wu Bong-yeng told reporters at Hsinchu Air Base just south of the capital, Taipei.

China has responded to foreign visits by holding large-scale military exercises seen by some as a rehearsal for a blockade or invasion. Beijing sends airplanes and warships toward Taiwan on a near-daily basis, often crossing the midline of the 100 miles Taiwan Strait dividing the sides.

At the end of December, China sent a record 71 planes and seven ships toward Taiwan — the largest such scale exercise in 2022.