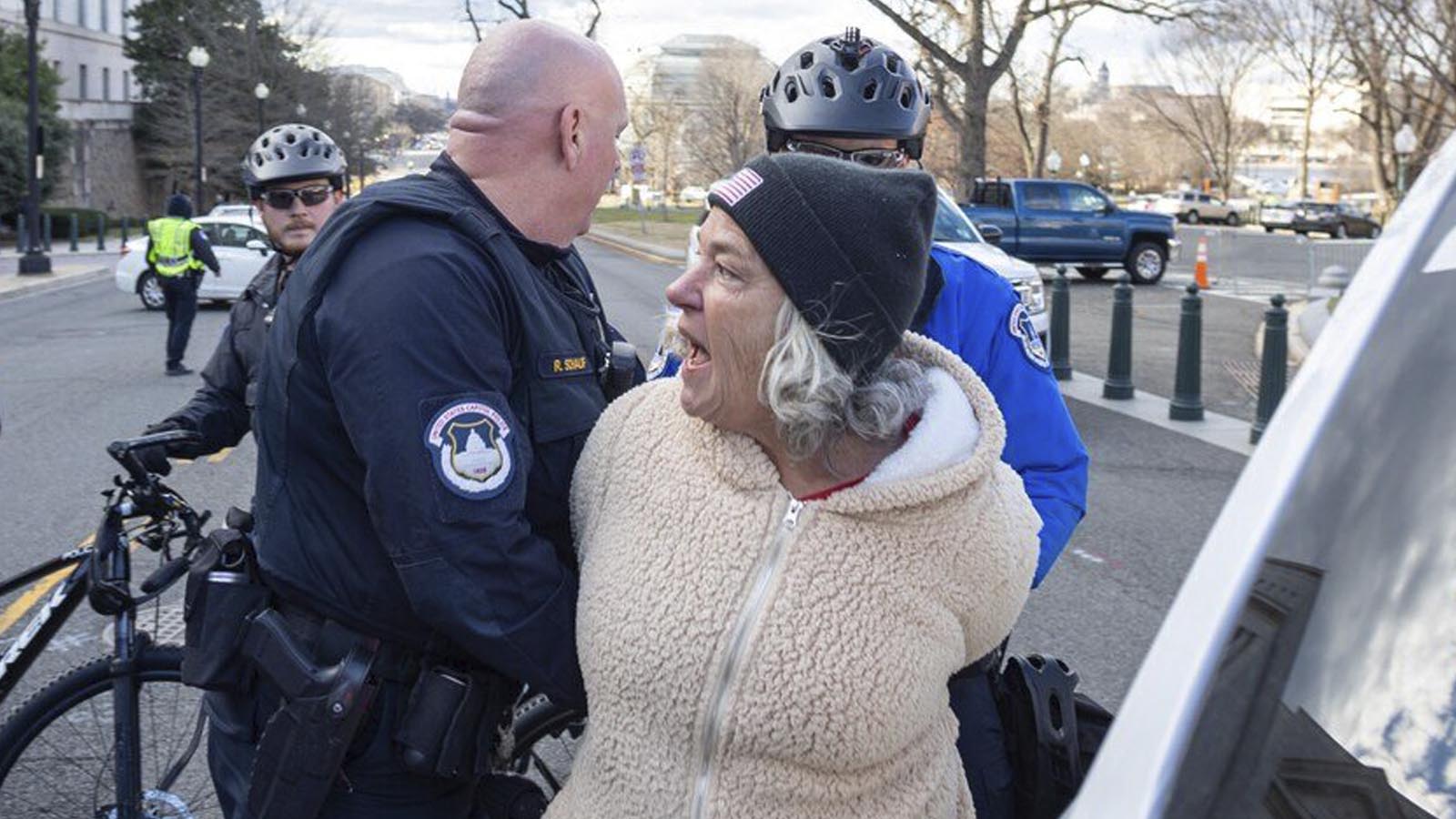 U.S. Capitol police on Friday arrested Micki Witthoeft, the mother of Ashli Babbitt, the woman who was fatally shot by an officer two years ago during the Jan. 6, 2021, Capitol protest.

Video footage shows a police officer insisting that failure to move to the sidewalk would result in arrest — Witthoeft turned her back to police and at that point, was apparently arrested.

“Capitol police suck a**!” she later said while standing outside of a police car.

“This afternoon a group of demonstrators were illegally blocking traffic on Independence Avenue, SW, near First Street, SW,” a Capitol police press release states. “The group did not have a permit to demonstrate on Capitol Grounds. Officers established a clear police line to prevent the group from moving further west on Independence Avenue, SW. The officers and officials told the group to get out of the road or the group would be arrested. The sidewalk was open. A woman in the group was given multiple warnings to get out of the road. Instead of getting out of the road, the woman refused to leave, turned around with her hands behind her back, and asked to be arrested.”

“Around 1:45 p.m., the woman was arrested for two Capitol Traffic Regulations – §16.3.20 Obey An Order, as well as §16.3.40 Blocking And Obstructing Roadways. The person was identified as 58 year old Micki Witthoeft,” the press release says. “As is typical for this charge, Ms. Witthoeft was processed and released this afternoon after being given a citation to appear in court at a later date.”

Here is more footage of the incident: