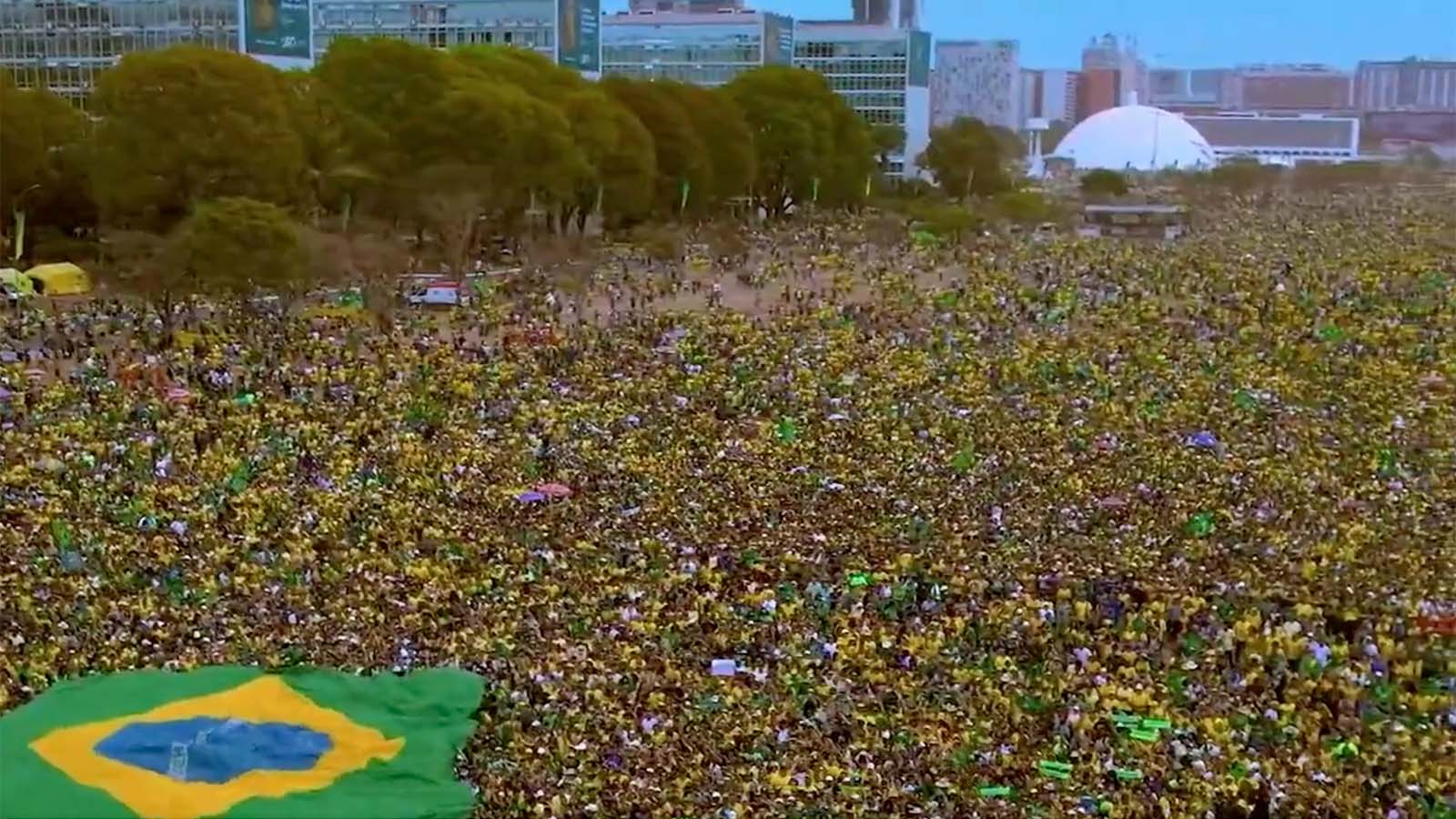 The party of President Jair Bolsonaro presented its report and announced it will apply to have the election annulled since the results could not be validated.

Mainstream media such as O Globo refuse to report on what may be the largest protests the world has ever seen, fueling even more rage and disappointment among the Brazilian people.

Supreme Court Minister Alexandre de Moraes ordered the blocking of the bank accounts of at least 42 individuals and companies in Mato Grosso, suspected of financing the protests, CBN reported.

“The list was made by the Federal Police and the Federal Highway Police at the request of Moraes himself, upon receiving the news that 115 trucks had moved to Brasília, with the aim of reinforcing the acts, at the headquarters of the Army’s General Headquarters (QC). The decision was forwarded to the Central Bank last Saturday,” the outlet reported.

“In the decision, the minister stated that the rights to strike and assemble are guaranteed by the Federal Constitution. However, he said that the acts carried out since the first week of November are “anti-democratic” and “illegal.”

BRAZIL: The government has ordered Banks to seize/block funds from protesters participating in mass demonstrations.

Banks have so far blocked funds from 42 different companies that traveled in a convoy from Mato Grosso to participate. pic.twitter.com/usqGwiXyDu

These businessmen own many of the trucks that blocked highways in protest at the victory of the Workers’ Party in the elections. In the last week, the far-right activists have placed their vehicles in front of barracks with the undisguised objective of demanding a military coup.

Until now, the generals have ignored the requests of these Bolsonaro supporters who ask to “save Brazil from communism” by preventing Lula from assuming office on Jan. 1, 2023.

Judge De Moraes specified that the rallies demanding a coup d’état represent an abuse of the right of assembly since they seek to promote non-compliance with the electoral decision, the rupture of the rule of law, and the installation of an exception regime.

This happens, for example, on the outskirts of the Army Barracks in Brasilia, where Bolsonaro’s supporters have been camping since October 31, with the logistical support provided by the businessmen.

“This scenario requires an absolutely proportional reaction from the State, in the sense of preserving fundamental rights and guarantees,” De Moraes pointed out.

This is just like tyrant Justin Trudeau’s action earlier this year against forced vaccine protesters.

However, Brazil is still holding strong.