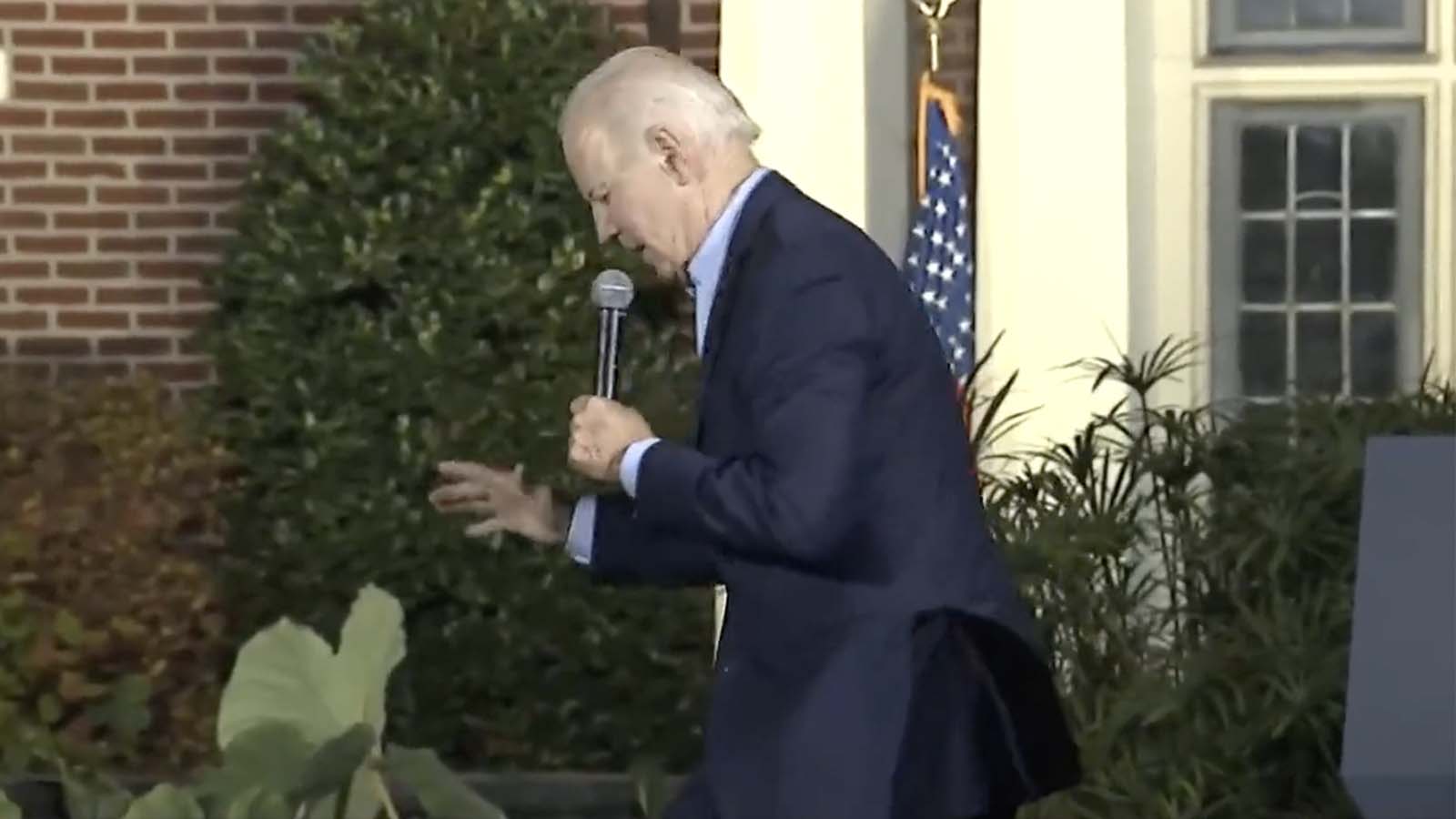 President Joe Biden appeared with Democratic Gov. Kathy Hochul on Sunday, urging voters to turn out to vote in the final days before an extraordinarily close election cycle.

“New York, you have two days to make sure the rest of New York knows the good that they have in Kathy Hochul,” the president said as he addressed a crowd of supporters at Sarah Lawrence College, referring to the moment as an “inflection point” in the nation’s history. “Two days until the most important election in our lifetime.”

During his speech, he tripped and almost fell.. “Whoops! Stepping on a – uh anyway!” Biden said.

Recent weeks have seen high-profile Democrats flock to New York, an unexpected battleground state on Election Day, which is Tuesday. Slipping polls have left Hochul in a tight race with Republican gubernatorial candidate Lee Zeldin, and at least a half dozen close congressional races in the state could help determine which party maintains control in Washington.

Biden praised the records of Hochul and congressional Democrats, while painting Zeldin as a threat to progress in the state. He pointed to Hochul as a champion of gun safety and abortion rights, crediting her with improvements in the state’s infrastructure, expanded internet access, cleaner drinking water and multi-billion dollar investments from Micron and IBM in the state this year.

“Kathy Hochul sees the writing on the wall but she has nowhere left to turn — that’s the only explanation for why she would invite deeply unpopular Joe Biden to campaign with her,” Republican National Committee spokesperson Andrew Eisenberger said in a statement.

“Biden and Hochul’s policies destroyed New York’s economy and their criminals-first agenda has made communities less safe, which is why New Yorkers will elect Republicans up-and-down the ballot on Tuesday.”

Zeldin’s gubernatorial bid has centered on growing concerns over crime and high costs of living in New York, with a battle brewing in the city, where he will hope to pick up more than 30 percent of the vote to supplement stronger showings in the suburbs and upstate.

Hochul, for her part, will hope for strong turnout in in the heavily Democratic city. Biden’s approval rating has held steady in the low-40s in recent polls, though he has remained largely popular among Democrats, who outnumber Republicans in the state two-to-one.