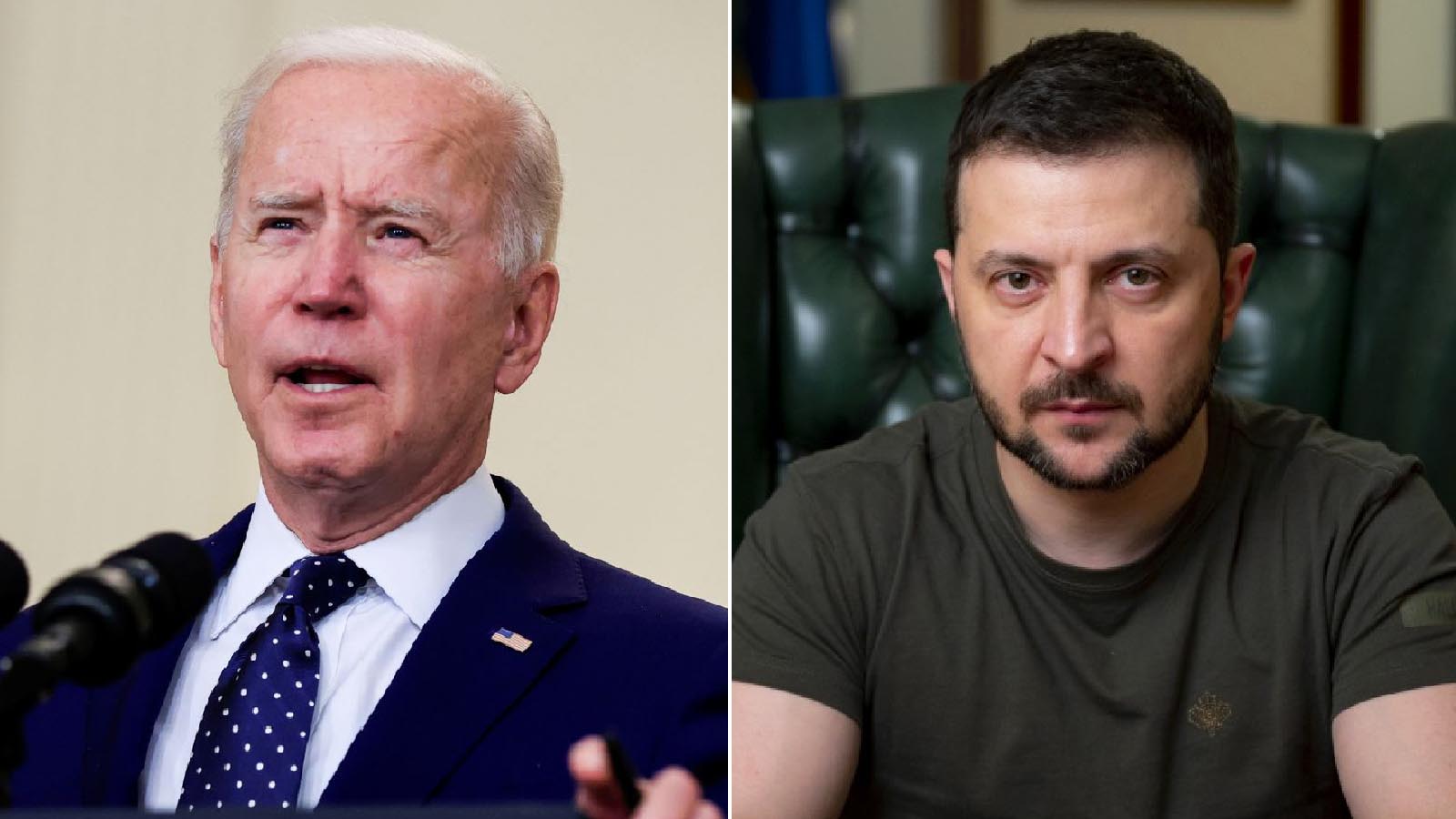 President Joe Biden on Friday told a donors conference in Los Angeles, California on the sidelines of the Summit of the Americas that Ukrainian President Volodymyr Zelensky brushed aside US warnings saying a Russian invasion of Ukraine was imminent. He described the situation ahead of the Feb.24 invasion and his communications with Zelensky, according to The Associated Press:

“Nothing like this has happened since World War II. I know a lot of people thought I was maybe exaggerating,” Biden said, according to the outlet. He added the US had data that showed Russian President Vladimir Putin was going to invade.

“There was no doubt,” Biden continued. “And Zelenskyy didn’t want to hear it.”

In his latest remarks, Biden admitted that the possibility of Putin launching a full-scale invasion may have seemed far-fetched at the time, acknowledging, “I understand why they didn’t want to hear it.”

Top Ukrainian officials in the days and weeks prior to the invasion had pushed back against Washington, blaming the repeat warnings from US intelligence agencies for sowing “panic”.

At that time, Zelensky had even personally told Biden to “calm down the messaging” on the invasion fears. Rarely does US intelligence take its classified assessments public in order to preemptively warn of action it predicts will occur. This highly unusual public stance also fueled widespread skepticism of the constant invasion warnings from the administration even among longtime Russia experts and observers. It has since been revealed in recent testimony by US Director of National Intelligence Avril Haines that Biden had taken the rare step of declassifying intelligence related to the prepared invasion in order to convince skeptical allies that it was likely going to happen.

Down to the last days before the invasion, there was hope among many Western officials of an “off ramp” that might quickly de-escalate the situation amid the Russian and Belarusian troop build-up along Ukraine’s eastern and northern borders. Indeed this “off-ramp” might have come in the form of Ukraine and its backers pledging that the ex-Soviet state would never join NATO.

Many weeks after the invasion, Zelensky revealed in damning statements issued during an interview with CNN’s Fareed Zakaria that all during the Russian troop build-up crisis, NATO leadership was pushing him to hold a firm public line that Ukraine is seeking NATO membership.

However, Zelensky confessed that he was assured in private that NATO membership for Ukraine was in reality never going to happen. Below is the transcript of that part of the March 20 interview:

But everyone in the West told me that we do not have any chance of NATO or E.U. membership. I asked them not to drive the Ukrainian people into a corner because our people are brave and the West should also be brave in telling directly to the Ukrainian people that, well, you are not going to be a NATO-E.U. member. They do not have a consolidated position and I requested that personally.

I requested them personally to say directly that we are going to accept you into NATO in a year or two or five. Just say it directly and clearly or just say no, and the response was very clear, you are not going to be a NATO or E.U. member, but publicly the doors will remain open. I asked them about preemptive sanctions, I talked about Nord Stream 2, we were discussing all of it, and simultaneously we were strengthening our army because with neighbors like this, like we have, this is the only way out.

Zelensky had followed with, “We are paying with our people.” He added, describing the situation as somewhat of a betrayal: “So my rhetoric is absolutely true and I’m just — I’m not mentioning explicitly what countries said that Ukraine is not going to be a NATO member. I think that this is a very righteous position. It has to remain behind the scenes, but that is true.”

Thus Washington can’t exactly pretend it was all along taking the moral high ground while Biden is now throwing Zelensky under the bus. Essentially, the administration pushed Kiev to “stand up to Russia” – while publicly making empty promises that insiders knew would never be fulfilled. And still, the US and UK and particular are pushing a ‘no compromise’ approach that will only ensure a protracted conflict, and tragically more deaths. Or as Professor John Mearsheimer put it in a now famous 2015 address at the University of Chicago: “The West is leading Ukraine down the primrose path and the end result is that Ukraine is going to get wrecked.”

The narrative of Ukrainian victory with mild losses is breaking apart rapidly under the weight of the reality of crushing Russian tactical and material superiority.

They themselves admit to losing a hundred-plus soldiers killed in action daily.https://t.co/GRQFg0Yq3H

The timing of Biden Friday’s comments describing Zelensky as essentially ‘brushing off’ warnings are also notable given they come as there’s increasing widespread acknowledgement for the first time that Ukraine is losing in the Donbas.

The deputy head of Ukrainian military intelligence said the conflict has become an "artillery war" and that Ukraine is reliant on weapons provided by the West. https://t.co/8WN9bYAOD7

The narrative is shifting fast, and Zelensky may soon see his ‘superstar’ status in the West on the decline.