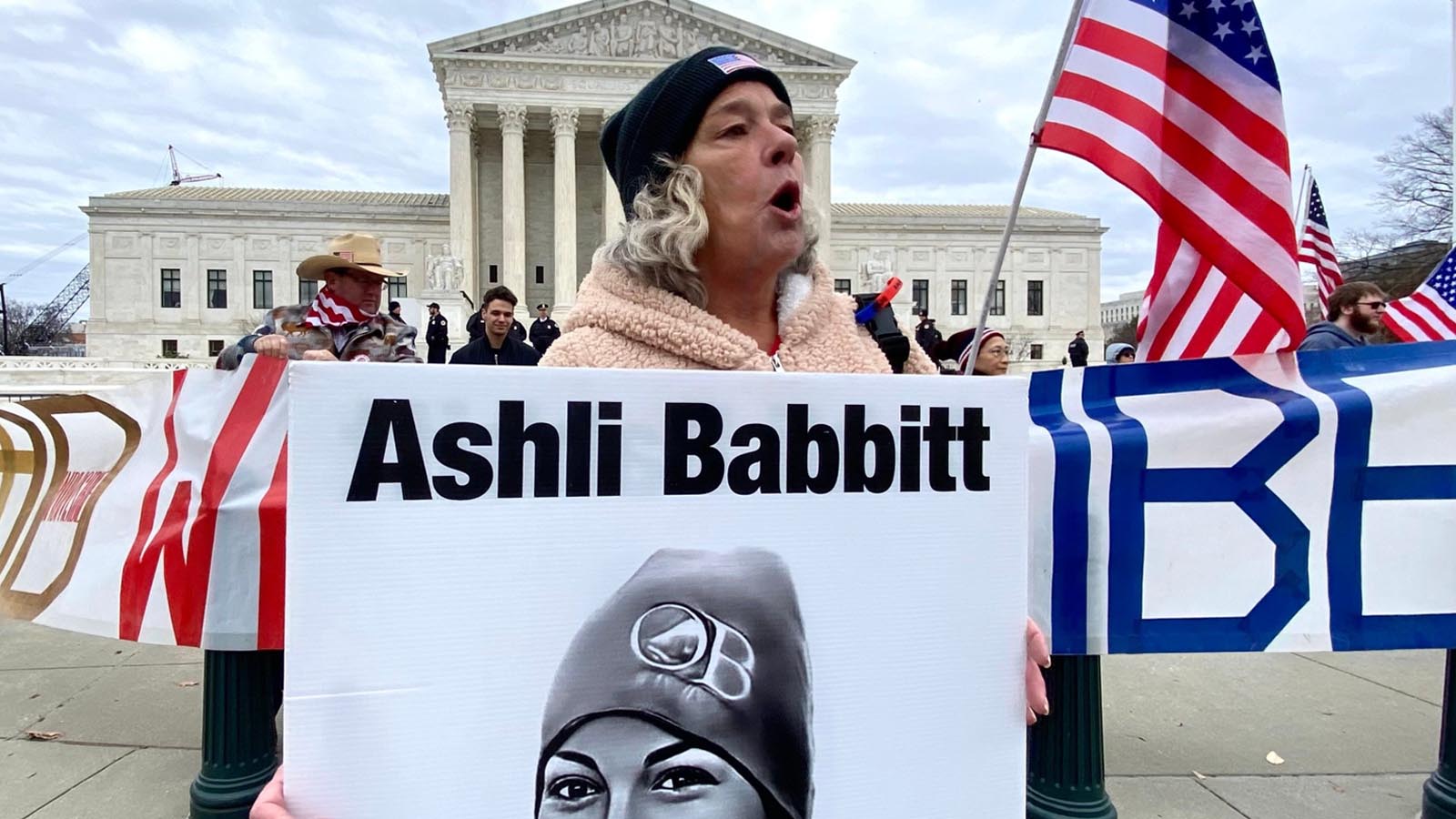 The mother of Ashli Babbitt says she was “aggressively” arrested near the Capitol on Friday, two years after her daughter was fatally shot in the halls of Congress.

Micki Witthoeft shared her story with Newsmax hours after she was detained for allegedly failing to obey an order and obstructing a roadway. Witthoeft said she and others were looking for a place to lay down flowers at the Capitol for her daughter and other “unarmed American patriots” in the crowd on January 6, 2021, who died.

On that day two years ago, Babbitt, an Air Force veteran in her mid-30s who was a supporter of former President Donald Trump, entered the U.S. Capitol with a crowd of people, disrupting lawmakers meeting to certify President Joe Biden’s 2020 election victory. Video shows the moment she was fatally shot by a Capitol Police officer as she climbed through the broken window of a barricaded door near the Speaker’s Lobby.

The Justice Department refused to pursue criminal charges and the Capitol Police declined to take disciplinary action in connection to the incident against the officer, Lt. Michael Byrd, who claimed to NBC News that pulling the trigger was a “last resort.”

On Friday, as President Joe Biden awarded medals to a dozen individuals, including police officers who were injured defending the Capitol two years ago, Witthoeft said her group’s initial plan was to lay flowers on the steps of the Capitol. Witthoeft said people were being let in, but her group “with our signs and our flags” were denied entry. As the group walked around to find another spot, Witthoeft said they were limited in where they could walk.

Witthoeft said there were other citizens walking on a sidewalk, but her group was not allowed to “because we had American flags at the United States Capitol.” Witthoeft said crossing four lanes of traffic to the other side would have deprived her of honoring Babbitt, and so they walked on the road. This was when the arrest caught on video took place.

Witthoeft said one officer “aggressively” detained her. “He was very aggressive. I put my hands behind my back and that’s when he started yanking me around,” she added.

BABBITT'S MOTHER SPEAKS OUT: Micki Witthoeft, mother of Ashli Babbitt, speaks out to @SchmittNYC after she herself was arrested by Capitol police on the two-year anniversary of the date of her daughter's killing. ➡ https://t.co/QiLDC8cWv4 pic.twitter.com/9f01Q4bcjY

The Capitol Police released a statement that said a group of demonstrators was “illegally blocking traffic” on Independence Avenue, SW, near First Street, SW.

The woman, identified as 58-year-old Witthoeft, was arrested on a charge of blocking and obstructing roadways, as well as for allegedly violating a regulation to obey an order. “As is typical for this charge, Ms. Witthoeft was processed and released this afternoon after being given a citation to appear in court at a later date,” the Capitol Police said.

Newsmax host Rob Schmitt, who was interviewing Witthoeft, said Black Lives Matter and climate protesters receive different treatment. He also posited that what happened to Witthoeft and her group “was political in nature to some extent.”

The interview ended with Witthoeft talking about how she and others have been holding vigils outside the Washington, D.C., jail where Capitol riot defendants are being held “unconstitutionally.” She added that they have been sitting in on the trials and, “it’s my opinion that they tried the day on the calendar and not the person to the offense.”