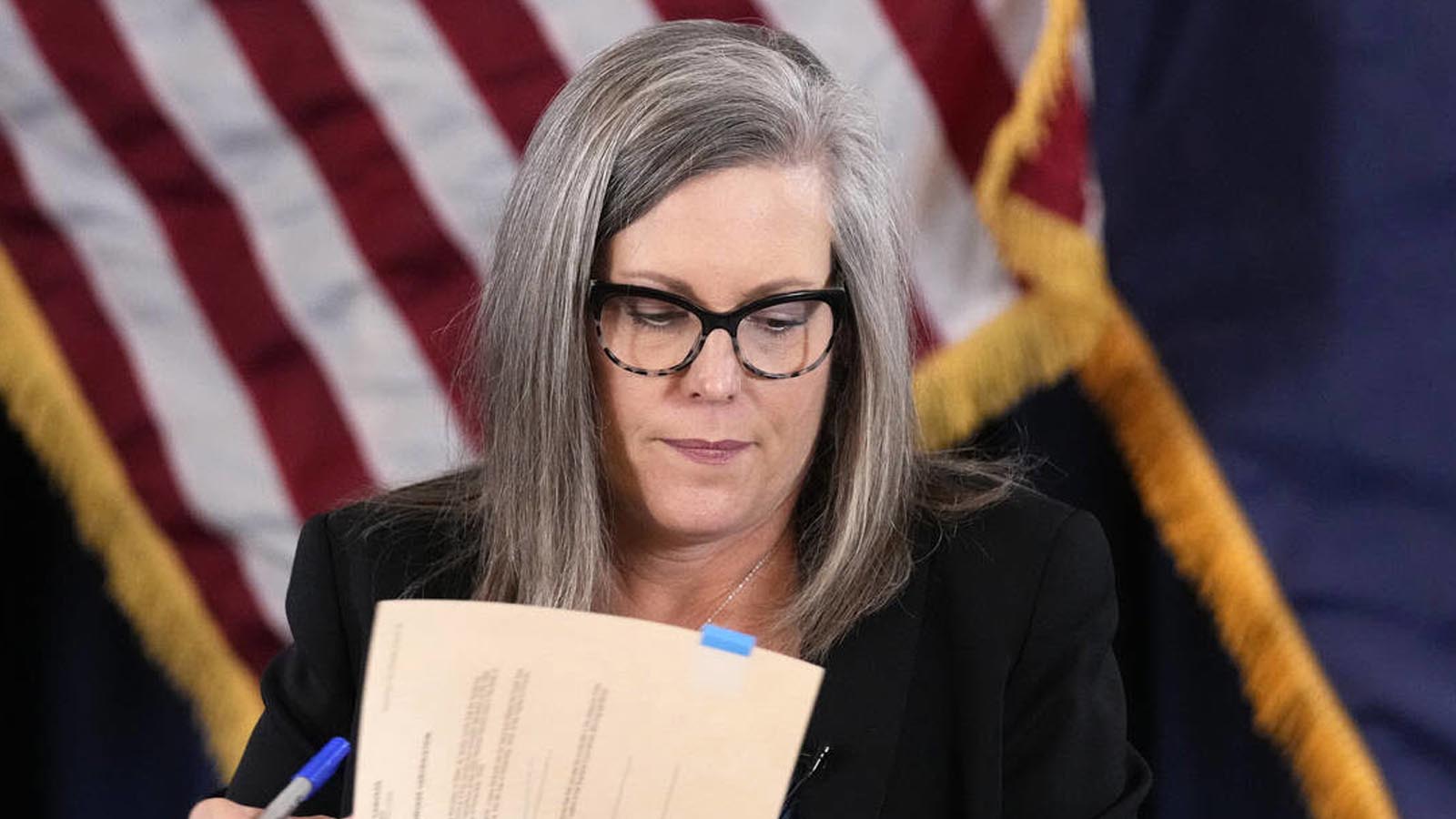 An Arizona judge on Dec. 27 denied a request from Democrat gubernatorial candidate Katie Hobbs and Maricopa County to sanction Republican candidate Kari Lake and her legal team over her lawsuit challenging the results of the 2022 general election.

Judge Peter Thompson wrote that while Lake didn’t meet the burden of providing evidence of her election-related claims, her lawsuit didn’t meet the standard for imposing sanctions. Thompson, however, ruled that Lake must reimburse Hobbs $33,040 for some expenses because she didn’t win her case.

“There is no doubt that each side believes firmly in its position with great conviction,” the judge ruled (pdf) on Dec. 27. “The fact that Plaintiff failed to meet the burden of clear and convincing evidence required … does not equate to a finding that her claims were, or were not, groundless and presented in bad faith. Any legal decision must be based on the law and facts rather than subjective beliefs or partisan opinions, no matter how strongly held.”

Thompson had ruled that there wasn’t enough evidence of misconduct by Maricopa County to overturn election results in the county. His ruling came days after Lake filed her lawsuit and after Thompson allowed two of 10 election claims to go to trial.

On Dec. 26, officials with Maricopa County filed a motion against Lake and her legal team. Hobbs, in her capacity as secretary of state, joined the motion.

“Courts are established by Arizona’s Constitution and statutes to resolve actual disputes between parties,” Maricopa County Deputy Attorney Thomas P. Liddy wrote on Dec. 26 in a 15-page memo asking Thompson for the sanctions and attorneys fees. “They do not exist so that candidates for political office can attempt to make political statements and fundraise,” Liddy continued. “And they should not be used to harass political opponents and sow completely unfounded doubts about the integrity of elections. All of those things happened in this matter.”

In another court filing, Hobbs petitioned the Superior Court in Maricopa County to give her more than $600,000 to compensate for fees and expenses after Lake’s lawsuit was filed.

Lake, who trailed Hobbs in the gubernatorial race by roughly 17,000 votes, filed two lawsuits. One sought information and records from Maricopa County, and the other aimed to either overturn the results or redo the election in Maricopa.

Baris, who operates a large Twitter account, stated that 25,000 to 40,000 people who would’ve normally voted actually didn’t cast ballots as a result of Election Day problems, saying that his estimate was primarily influenced by the number of people who started answering his exit poll but didn’t finish the process.

“The bottom line here is that those who said they would cast their vote by mail or drop their ballot off by mail completed their questionnaire at a 93 percent rate,” Baris said, adding that “the rate for Election Day voters was only 72 percent. I can tell you that has never happened to me before, ever.”

At one point during the trial, Lake’s attorneys pointed to a witness who found that 14 of 15 duplicate ballots he’d inspected on their behalf had 19-inch images of the ballot printed on 20-inch paper, meaning the ballots wouldn’t be read by a tabulator. The witness testified that such a change would’ve required a change to printer configurations, although election officials disputed those assertions.

“As our appeal moves forward, we again extend our invitation [and] offer complete protection to all whistleblowers,” Lake’s team wrote on Twitter on Dec. 26. “Arizona deserves the full truth about what occurred on Election Day. And the people who caused it deserve accountability.”

It isn’t clear when Lake will file her appeal. Hobbs is slated to be sworn in as governor on Jan. 2, 2023.