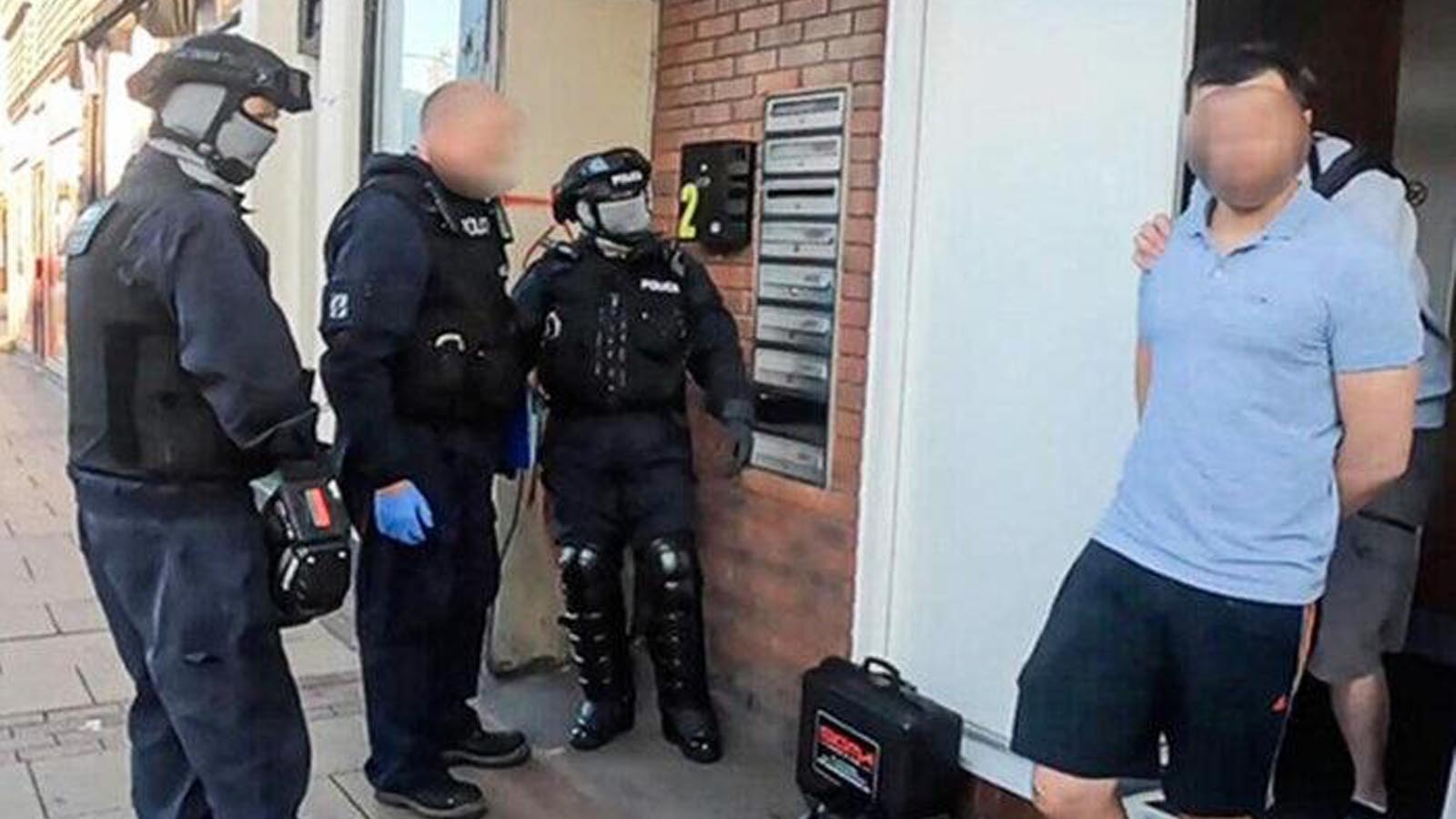 Forty people have been arrested in coordinated raids across Britain and three European countries, and law enforcement agencies claim they have smashed a huge gang which was trafficking illegal immigrants across the English Channel in tiny boats.

Almost 13,000 people have crossed the Channel from France in dinghies and RIBs (Rigid Inflatable Boats) since the beginning of January, with the monthly total for June at 3,136, the highest of the year.

But on Tuesday, in an operation coordinated by Eurojust—the European Union’s criminal justice cooperation agency—homes in Britain, France, Germany, and the Netherlands were raided and more than 40 people were arrested.

Eurojust is expected to reveal more about Operation Thoren at a press conference in The Hague later on Wednesday.

Britain’s National Crime Agency (NCA) launched its own Operation Punjum—part of Operation Thoren—to smash an organised crime gang thought to have brought 10,000 people across the Channel since the beginning of 2021.

“These arrests send a clear message to the criminal gangs who are preying on vulnerable people across Europe and beyond: we will stop at nothing to end your sordid trade, bring you to justice and save lives. This hugely significant operation once again shows the NCA and our international partners working diligently to dismantle people-smuggling networks.”

The NCA said, in a statement, it was the “biggest ever international operation targeting criminal networks suspected of using small boats to smuggle thousands of people into the UK.” They said it was launched following the arrest of a people-trafficking “kingpin” in London in May this year.

Hewa Rahimpur, 29, an Iranian national who was living in Ilford, east London, is now facing extradition to Belgium.

“It was actually our intelligence which started this all off and which led to the culmination. Many of those arrested overseas have been targeted as a result of evidence that we provided into the taskforce.”

The NCA said they seized 50 small boats and hundreds of life jackets.

NCA officers arrested a 26-year-old man in Catford, southeast London, and a 22-year-old man on the Isle of Dogs in east London, on suspicion of conspiring to facilitate illegal immigration.

Four other arrests were made in Britain, two of which were suspected illegal immigrants who had been handed over to the immigration authorities.

Farrimond said the illegal immigrants were paying the gang around 3,000 euros (£2,570) each to bring them across the Channel to England.

He said Operation Punjum would not stop the flow of illegal immigrants to Britain but would “absolutely” make a difference.

Farrimond said: “It will take some time for this group, or whichever group succeeds it, to recover. Now we’re not going to stop at this point. Ideally we’d like to stop the supply of small boats much earlier on so that they really have difficulty getting their hands on them, and we’d also like to attack the money flows in a lot more detail than we do right now. So there’s plenty more to do. It’s not going to stop it but it is going to make a dent.”