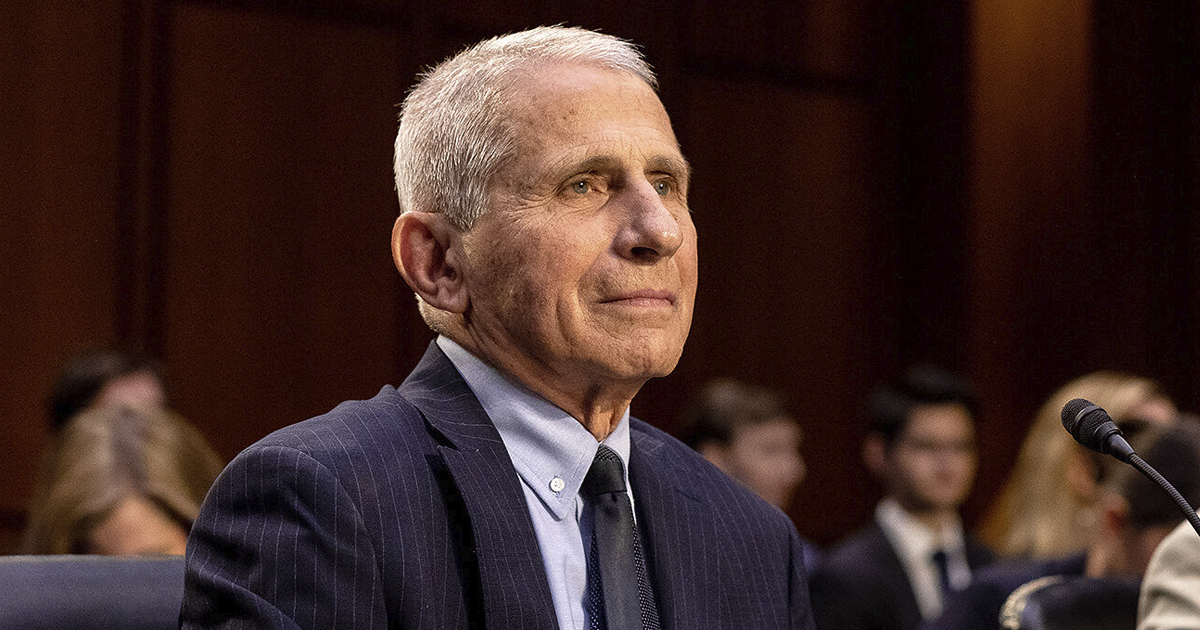 Open The Books CEO Adam Andrzejewski exposed the “culture of secrecy” that allowed scientists at the National Institutes of Health — where Dr. Anthony Fauci worked for decades — to benefit from over $1 billion in royalties from grants.

It’s a system that is only possible because the National Institutes of Health (NIH) “is actually a revolving door,” Andrzejewski told comedian Russell Brand in a Jan. 15 interview.

“Every year, [the agency] dole[s] out about $32 billion worth of grants to about 54,000 health care entities across the United States. Think pharmaceutical companies, universities, research outfits, the entire public health complex. That buys you a lot of friends, that buys you a lot of allies.”

Andrzejewski discovered that the NIH “leadership and 2,400 of its scientists” have benefited from “$1.4 billion of these hidden, secret third-party royalties” over the past 12 years.

It was a tangled web of self-interest, Andrzejewski argued, that also points to Fauci and his wife, Dr. Christine Grady, who both work at the NIH.

“If U.S. public health was a game show,” Andrzejewski said, “I think we’d have to call it ‘Meet the Faucis.’”

While both agencies are separate entities, they are also both overseen by the NIH.

It wouldn’t be the first time that Fauci has made questionable ethical decisions in medicine, Andrzejewski said, adding: “In 2005, the Associated Press got an unredacted database and they found that Fauci had burned down all the firewalls. He had received $45,000 of royalties for an AIDs therapeutic that he had invented.”

Fauci not only benefited indirectly from his own invention, but he was also able to invest taxpayer money in bringing his invention to market.

“As the director of the agency, he had invested another $36 million of taxpayer money to enhance his invention. And once this was exposed, he said he would donate his royalties to charity.”

But Fauci never gave the money back, Andrzejewski said.

Andrzejewski also said that his career has suffered from his reporting on Fauci, the highest paid official in the government, during the pandemic.

“Forbes treated me well for eight years until I started writing about Anthony Fauci. I wrote three columns [about Fauci] over the course of three weeks and those are the last columns I ever wrote at Forbes.”

One of Andrzejewski’s articles on Fauci, published in January 2022, referenced financial disclosures and showed that Fauci’s household made $1.7 million in 2020 alone.