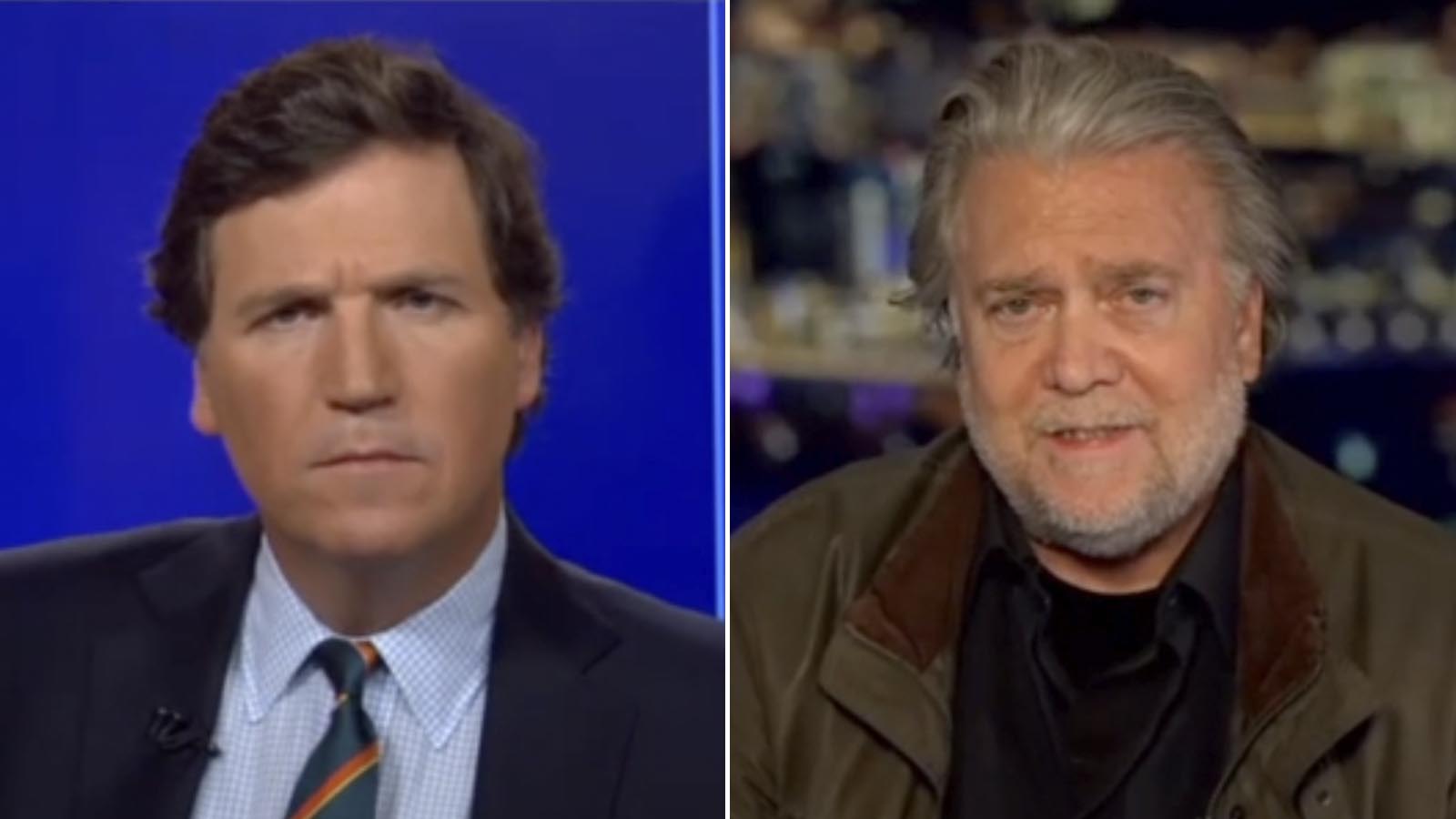 Steve Bannon was sentenced today by Judge Carl Nichols in a Washington DC courtroom to 4 months in prison and a $6,500 fine for not testifying before January 6 committee.

Judge Carl Nichols lectured Steve Bannon before sentencing him for not speaking. 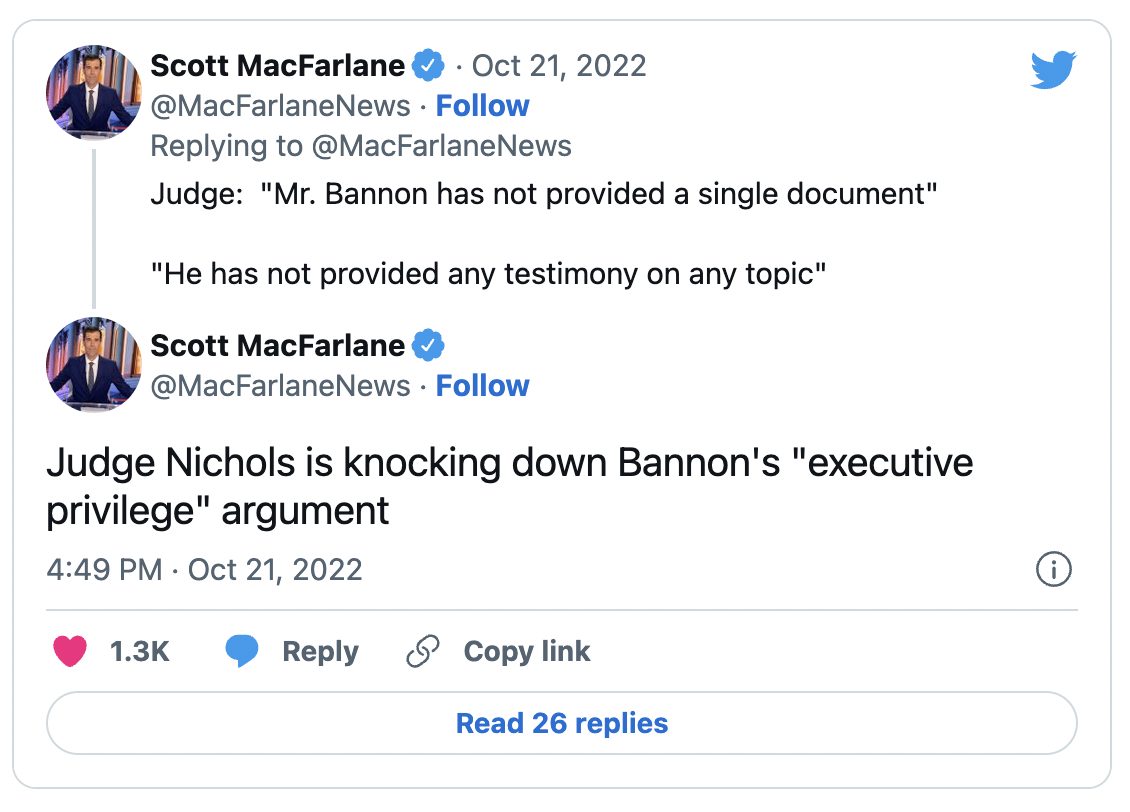 After noting Bannon's background, Navy service and work on Trump campaign and his podcast

Steve was sentenced to four months in prison and a $6,500 fine.

Technically, it's a pair of 4-month prison sentences that run concurrently (simultaneously)

Steve Bannon will be permitted to “voluntarily surrender” to serve his prison term.

If he doesn’t appeal, Bannon will have to report to prison no later than November 15th.

Steve told a crowd of reporters gathered outside the courthouse that on November 8th we will have judgment on the illegitimate regime. Let’s hope so. These people are lawless Marxists destroying our country by the day.

On Friday night Steve joined Tucker Carlson for his first major interview since his sentencing this morning.

As Tucker Carlson correctly pointed out, when Eric Holder and Lois Lerner ignored a legitimate congressional subpoena for actual crimes they were never sent to prison. Only Republicans like Steve Bannon and grandmas who walk inside the US Capitol with a Trump sign are sent to prison.

Steve Bannon told Tucker he hopes Republican candidates focus on the elections in the coming days and not about his plight. Steve Bannon is the ultimate warrior.

Steve Bannon: At the end of the day if I hae to go to prison by this illegitimate regime, I respect what the judge did today, I’m prepared to do it but I’ve got a long appeals process… (The country) it’s not free right now… The Justice Department is totally and completely out of control and the FBI is out of control. That’s why I’m a big believer in defunding the FBI… until they clean out the rat’s nest. I think the only way to do it is to start at the top and we got to impeach Wray and we got to impeach Merrick Garland… Elected politicians must focus on the 8th of November. There is no substitution for victory.