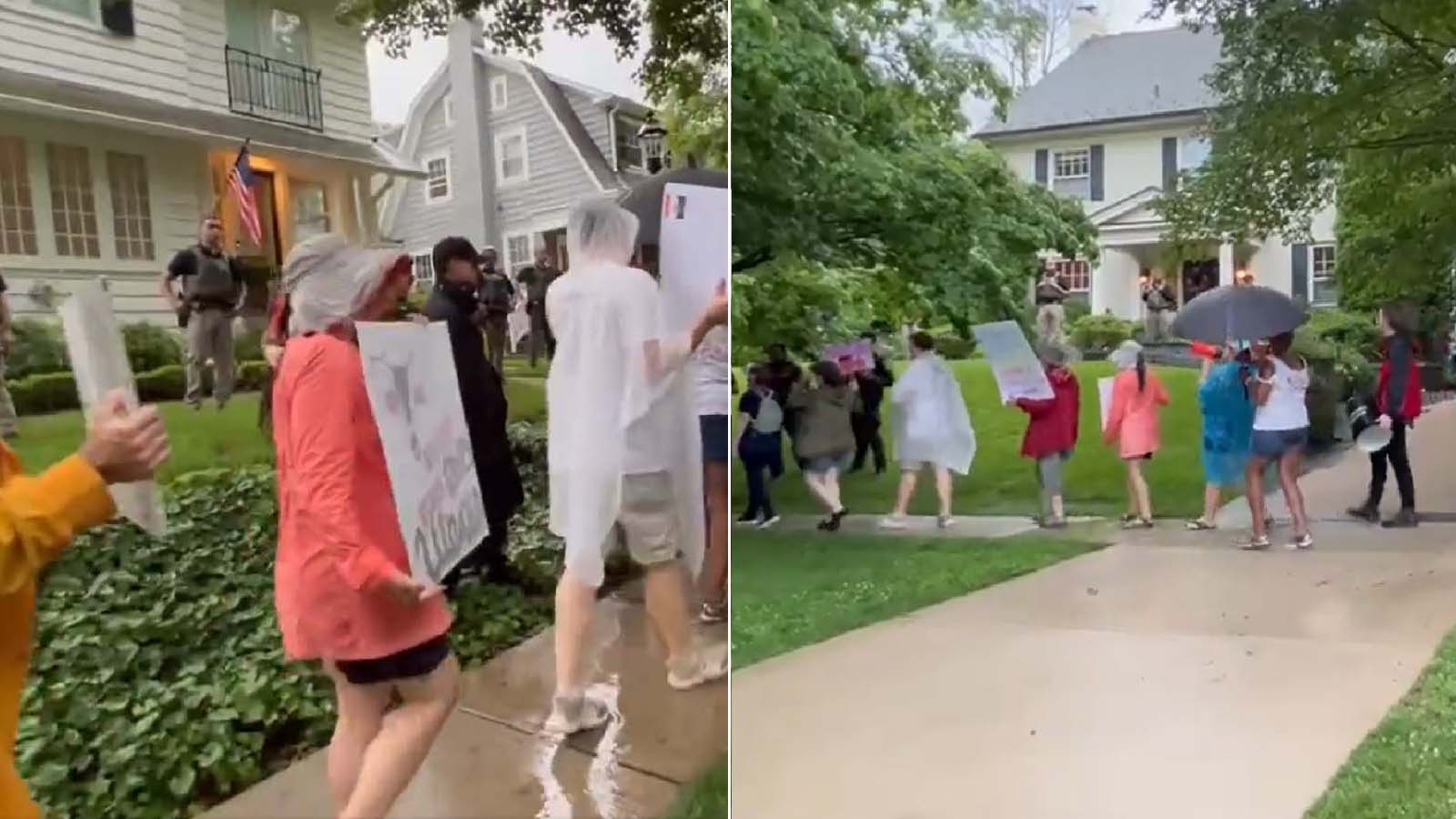 The Justice Department appears to still be allowing protesters to gather outside of Supreme Court Justice Brett Kavanaugh’s home even after police arrested a man who allegedly intended to assassinate him.

The protesters also made their way over to Chief Justice John Roberts’ home as well.

A small group of pro-abortion protesters are outside Justice Kavanaugh’s home to demonstrate about the potential overturning of Roe v. Wade. Police formed a line in front of the home. pic.twitter.com/SdV4Rbrg44

The pro-abortion group made their way over to Chief Justice Roberts’ home. Again, police were outside the house. pic.twitter.com/1RplHsj9gI

Police arrested California resident Nicholas John Roske, 26, near Justice Brett Kavanaugh’s house in Maryland on Wednesday after he had allegedly traveled there to murder the sitting judge to protect Roe v. Wade.

“A California man carrying at least one weapon near Brett M. Kavanaugh’s Maryland home has been taken into custody by police after telling officers he wanted to kill the Supreme Court justice,” reported the Washington Post.

“Two people familiar with the investigation said the initial evidence indicates the man was angry about the leaked draft of an opinion by the Supreme Court signaling that the court is preparing to overturn Roe. v. Wade,” continued the Post.

The White House said that President Joe Biden “condemns the actions of this individual in the strongest terms, and is grateful to law enforcement for quickly taking him into custody.”

“As the President has consistently made clear, public officials — including judges — must be able to do their jobs without concern for their personal safety or that of their families. And any violence, threats of violence, or attempts to intimidate justices have no place in our society. He has said that himself, and his spokespeople have been forceful about this from the podium,” the statement said.

On Wednesday, the Democrat-led U.S. House stalled a bipartisan bill that would increase security for sitting U.S. Supreme Court justices.

“If these reports are correct, an assassination attempt against a sitting justice, or something close to it,” Senate Minority Leader Mitch McConnell (R-KY) said on the floor. “This is exactly the kind of event that many feared that terrible breach of the Court’s rules and norms could fuel.”