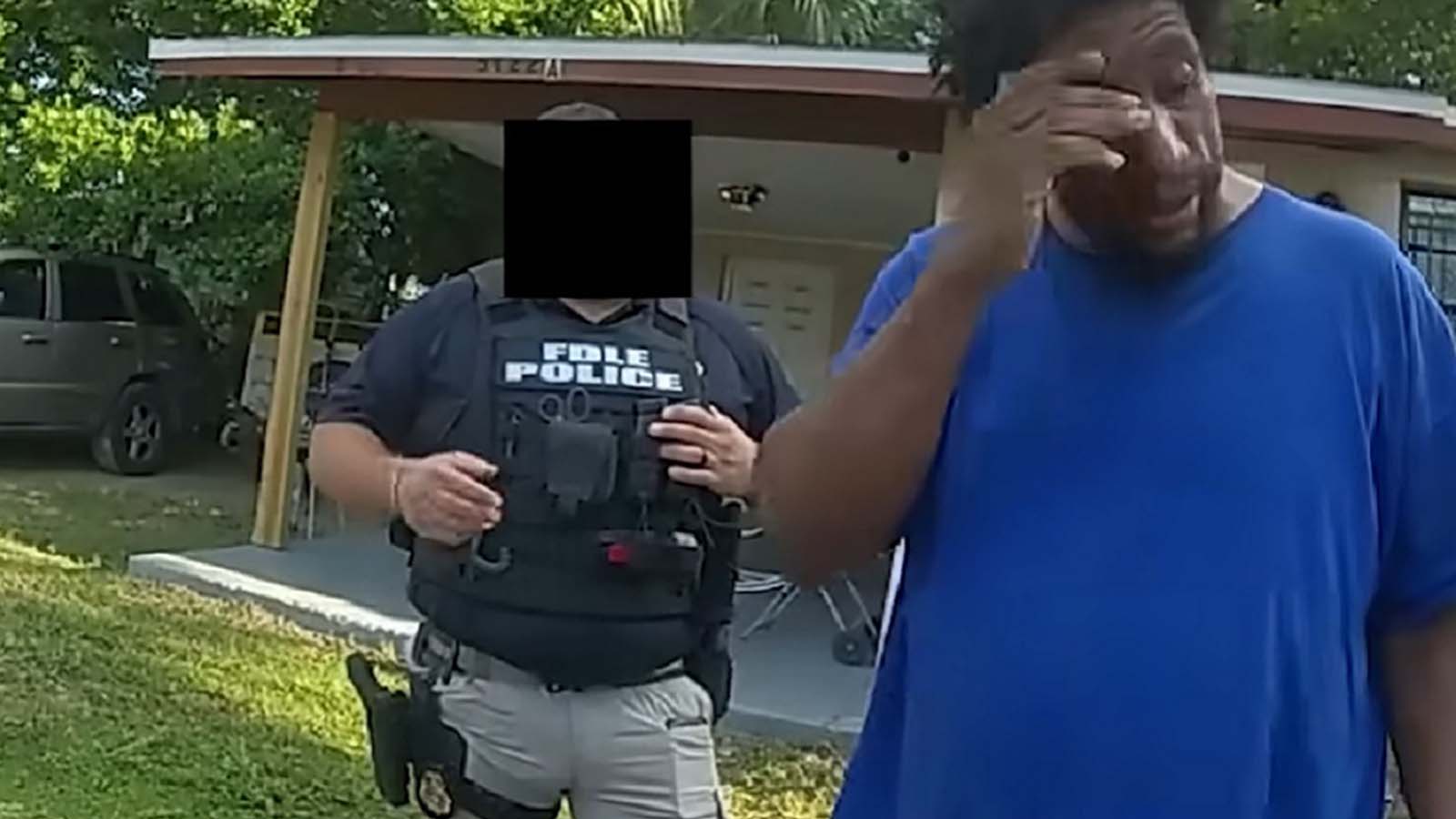 Florida Gov. Ron DeSantis touted the arrests in an August news conference, pointing to the charges as evidence of his administration’s commitment to election integrity.

Several of the suspects appear confused as they’re arrested in the footage — apparently under the impression they had registered or voted legally.

The suspects appear blindsided by the Aug. 18 arrests, though it appeared at least one of them had already been questioned by the Florida Department of Law Enforcement about potentially voting illegally.

“I think the agents with FDLE talked to you last week about voter fraud, voter stuff, when you weren’t supposed to be voting maybe,” one of the suspects was told after being informed there was a warrant for his arrest.

Another man claimed that he was told by a Florida state official that he was eligible to vote when registering for his new driver’s license. He said the official in question offered him a voter registration form.

“Then there’s your defense… That sounds like a loophole to me,” the arresting deputy said.

“It’s for voter stuff, man,” one deputy explained to a suspect as he was brought into custody.

Florida voters decided to restore the voting rights of felons in the state in a 2018 ballot referendum.

However, that referendum made an exception for those convicted of felony sex crimes and murder.

DeSantis described those arrested as meeting those criteria in his August press conference.

“They are disqualified from voting because they’ve been convicted of either murder or sexual assault, and they do not have the right to vote,” DeSantis said of the suspects at the time.

“Today’s actions send a clear signal to those who are thinking about ballot harvesting or fraudulently voting. If you commit an elections crime, you will be prosecuted to the fullest extent of the law.”

Felons convicted of the exempted offenses still have to go through the Florida State Clemency Board to restore their voting rights, according to a fact sheet published by the Clay County Supervisor of Elections.

The 2018 ballot referendum restored rights to other felons en masse.

The suspects in the voting cases are facing felony charges for illegally voting — punishable by up to five years in prison, according to the Tampa Bay Times.

The newspaper determined that 12 of the 19 suspects arrested had registered as Democrats.

The footage was obtained through public records requests, the newspaper reported.

Legislation signed by DeSantis in April authorized the creation of a state Office of Election Crimes and Security, as well as strengthening penalties for flouting state voter fraud laws.