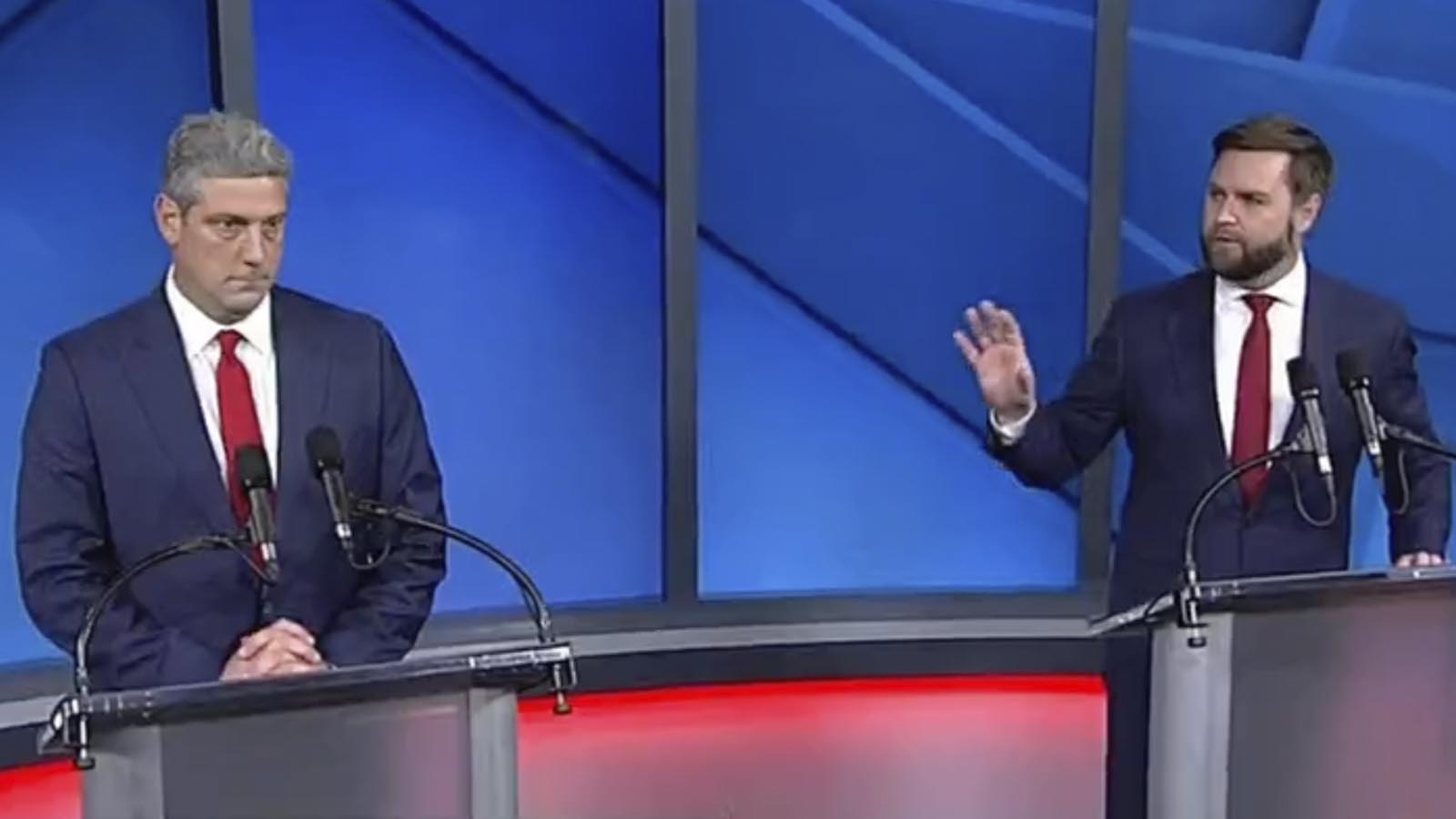 One of the more interesting senate races of the cycle is occurring in Ohio between Republican J.D. Vance and Democrat Tim Ryan, with the two squaring off in a debate on Monday evening. To put it succinctly, blows were landed.

On paper, Ohio is a solidly red state, but over the last several months, a narrative has been built that Ryan is uniquely capable of defeating Vance. There hasn’t been much empirical evidence of that outside of some questionable internal polling, but the perception has lingered. Ryan is a supposed “moderate” despite being a rubber stamp for the Democrat agenda, and he’s tried to present himself as disconnected from the broader party he is a member of.

Personally, I haven’t found that convincing at all, and Vance was ready to expose him once they took the debate stage. I know pronouncing that Democrat got owned is cliche, but I think these clips live up to that billing.

For example, when Ryan tried to paint Vance as “extreme” on abortion, using the case of a young child who was impregnated as a cudgel, this happened.

Vance notes that he supports exceptions for rape and incest, diffusing Ryan’s attack from the onset. He then takes it a step further by noting that the man who raped that little girl was an illegal immigrant, in the country because of the border policies that Ryan and his party support.

Besides, Ryan is the extremist in this equation when it comes to abortion. He voted for his party’s bill to “codify” Roe v. Wade, which would have federalized abortion up until birth. That’s a common theme when it comes to Ryan. While pretending to be an independent thinker, he’s voted with Joe Biden 100 percent of the time.

“He voted for a piece of legislation that would have overturned Roe and required abortion-on-demand at 40 weeks for fully elective reasons.” pic.twitter.com/BgaLMOy9zl

Vance hammered the border issue again while talking about fentanyl, accusing Ryan of doing nothing for his 20 years in office (true) and being bought off by the pharmaceutical companies.

JD VANCE: “Tim Ryan has done nothing to stop the flow of fentanyl. He talks about wanting to support a stronger border" and "get things done."

The issue of drug overdoses has been a centerpiece of Vance’s campaign, and you could tell he came prepared to address the issue. Ryan attempted to hit Vance over his charity, but it just didn’t land. That’s because the Democrat simply can’t run away from his record. He’s been leeching off taxpayers in Washington for two decades, and far from the faux maverick persona he tries to display, Ryan is your typical liberal Democrat, never ready to actually stand up to his party’s insanity.

Throughout the night, on every issue, Vance had a counter, showing that he clearly came well-prepared. In another jaw-breaker of a response, Vance cited his military service while contrasting it with Ryan’s lack of accomplishments in government.

JD VANCE: “20 years ago, I enlisted in the United States Marine Corps. That very same year, Tim Ryan went to Washington, D.C. where he has been failing at his basic job for 20 years."

“He talks a big game, but the record of accomplishment just isn’t there.” pic.twitter.com/xXgl8wuJyo

It was a night that truly silenced the doubters who have said Vance isn’t a good candidate. The guy is well-spoken, knows the issues, and knows how to stay on message. He’s going to be excellent as a senator. On the other side, Ryan’s campaign is a farce, and this debate exposed that. He’s hidden behind carefully constructed commercials and friendly interviews, but his record is his record. Hopefully, Ohioans recognize that and deliver him a resounding defeat in November.