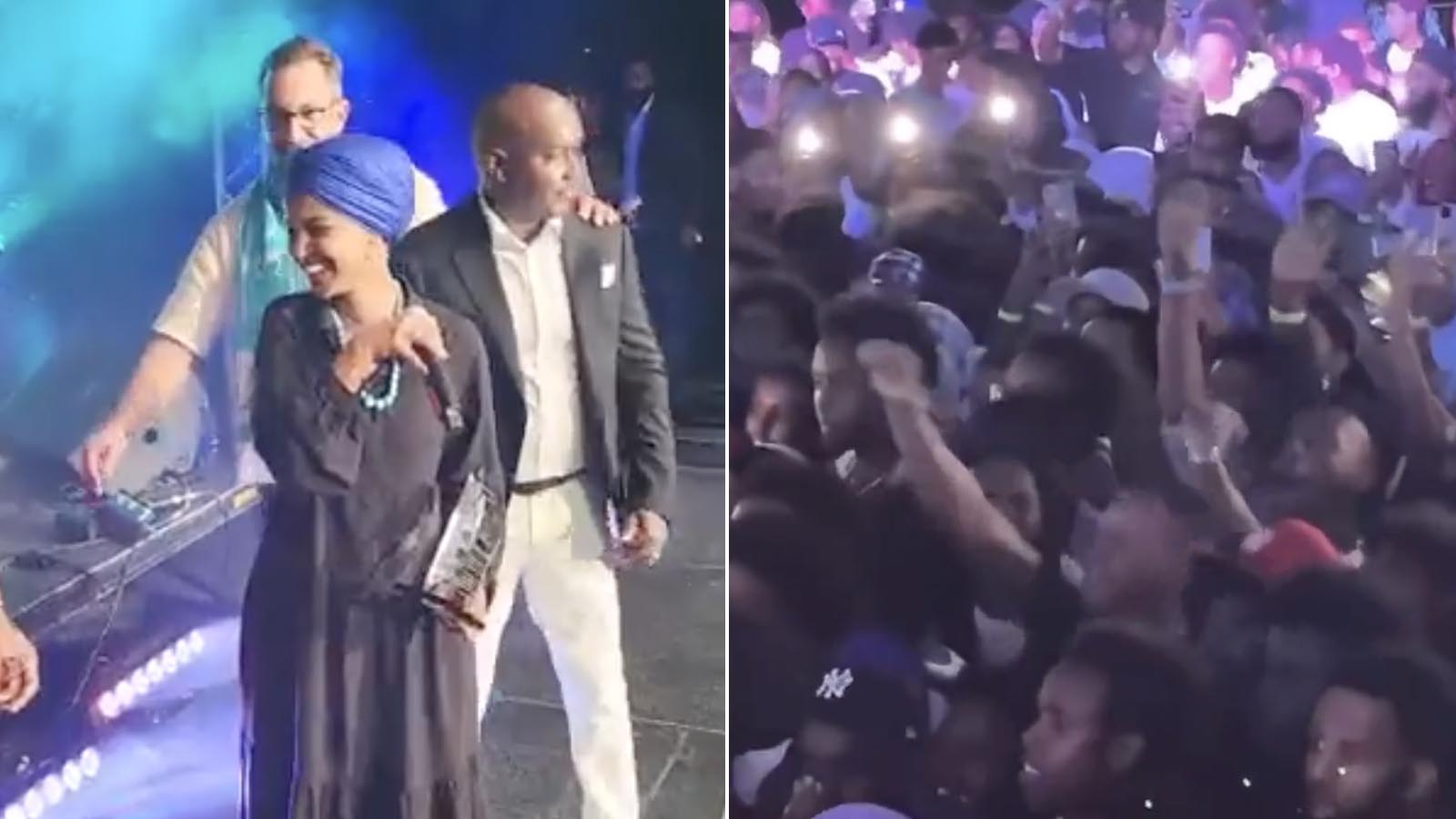 Now, it’s not news that Joe Biden is no longer serving as president, but I’ll take it.

She attended a concert held by a Somali singer and a torrent of boos were hurled at her as she appeared on stage (via Breitbart).

It was an honor to welcome you to our incredible city. pic.twitter.com/mM77ZLVCYo

Hosted by Somali singer Soldaan Seraar, the concert went off the rails on Saturday night when the controversial congresswoman came out on stage and the audience greeted her with a chorus of boos and angry chants. Such phrases as “Get out!” and “Get the f*ck out of here!” were heard being shouted. The reactions became so intense that a gentleman had to plead with the audience to calm down…

Watch Ilhan Omar get booed for a minute straight at a concert in Minnesota featuring a Somalian singer pic.twitter.com/aop1sWJSaS

This's what she gets for trading her Godly, Conservative values for the sinful LGBTQIA's & the promiscuous abortionists.

Now, was Omar booed over her politics or because the attendees just wanted to hear some music and not be peppered with a lecture. Who knows?

Yet, to be booed like that in front of your own people and in a Democratic bastion is a bit surprising. Don’t take this as a sign that she’s vulnerable. Omar is going to be re-elected in November. It’s just the nature of her district. She should be removed from all her committee assignments, however.