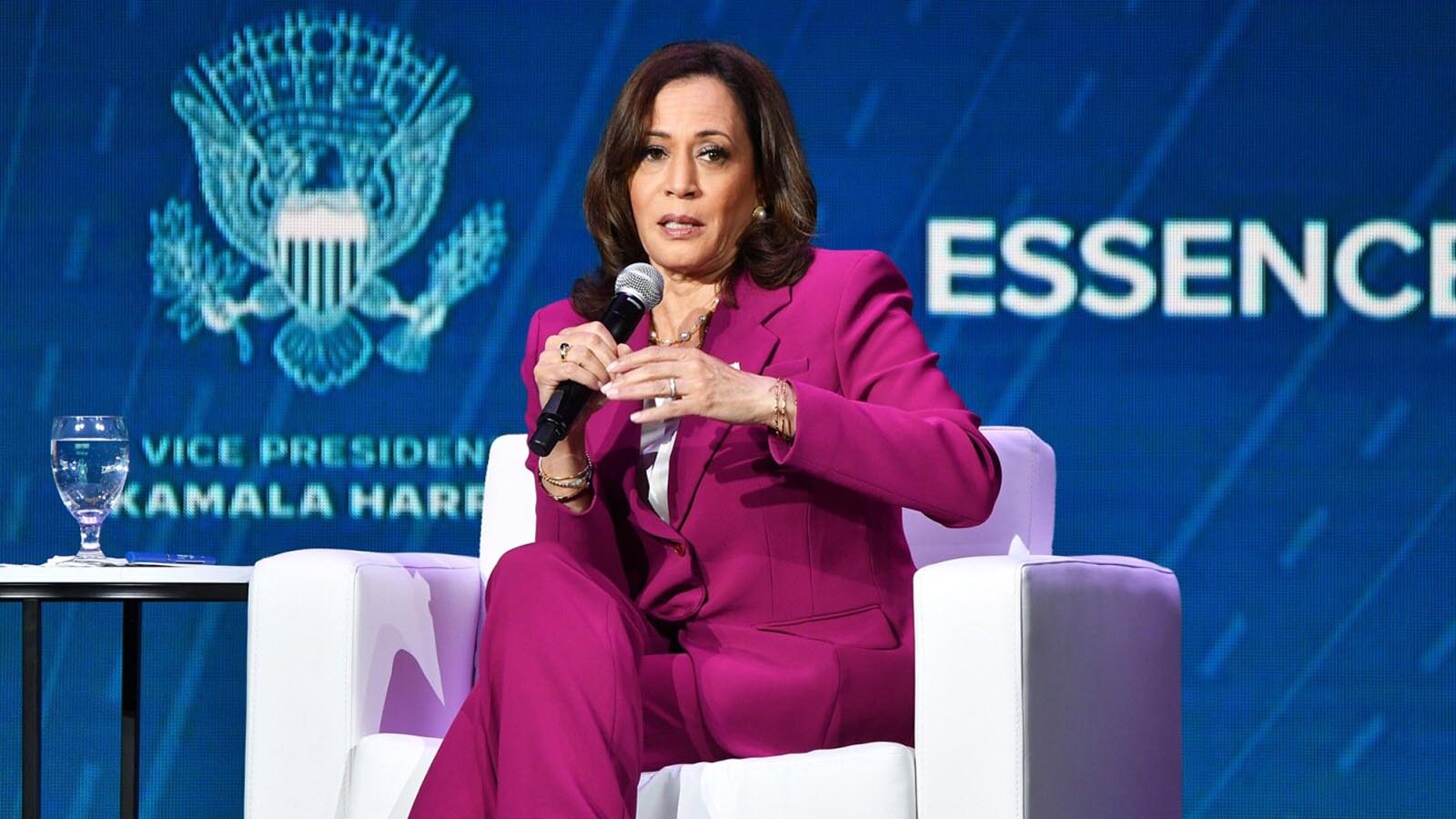 Vice President Kamala Harris was interviewed by Keke Palmer in New Orleans, Louisana over the weekend as part of Essence Festival, but the bright lights and official backdrop behind the two women couldn’t distract from one problem: Louisiana was misspelled on the official signage. 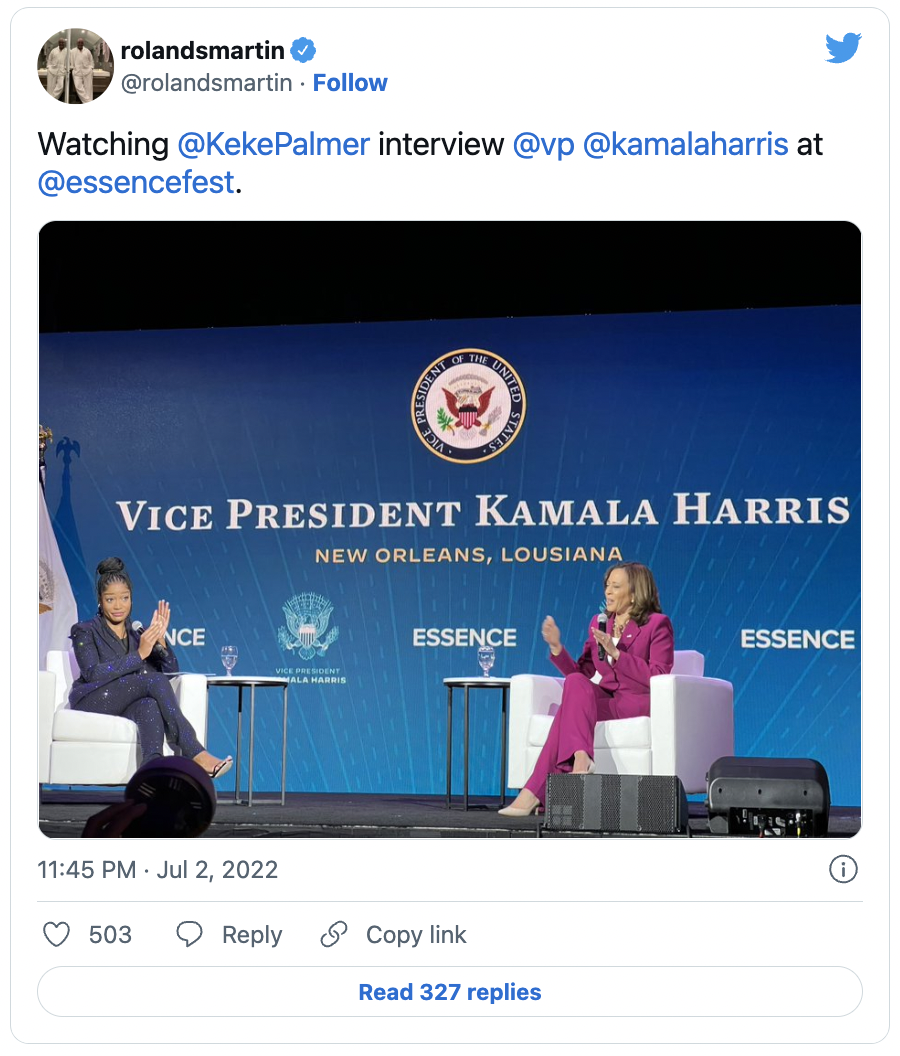 Yep, whether it was Essence Fest or the West Wing that had final approval over the backdrop, the typo went unnoticed by everyone…until it was too late.

There, as Harris and Palmer talked about the state of the country (more on that later), was LOUSIANA in giant letters over the vice president like the midterms loom over her party.

I am participating in a fireside conversation with @KekePalmer at ESSENCE Festival of Culture on the most critical issues facing Black women, including the fight for reproductive rights. Tune in. https://t.co/3Gr6T5ocPx

Here’s the thing — any time a president or vice president speaks at an event, there’s an insane amount of control over what is on stage with the principal, including which flags, how many, what size they are, where the podium, backdrop, chairs, water, prompter, and every other thing on stage might be. Anyone who’s staffed an event like this knows to check, then check again, and check one more time for good measure. Those checks are usually done both by the West Wing staff and the hosting organization. But Harris’ advance team either didn’t notice the typo or didn’t have time to fix it. It’s yet another moment that seems straight out of HBO’s ‘VEEP’ but is actually just the everyday reality for one of the most bumbling administrations in recent memory.

When it came to her answers and remarks, Harris didn’t do much to convince the audience or Americans that she and President Biden have a handle on things either. Not once was inflation mentioned by Harris, and when gas prices did come up in conversation, Palmer referenced a meme about trying to “make gas at home” to which Harris said “don’t do that” followed by her typically ill-timed laugh. To Biden and Harris, apparently gutting American energy independence and sending gas prices soaring to all-time highs as part of their “transition” to alternative energy is a laughing matter.

Harris also said she was “outraged” by the Supreme Court’s ruling in Dobbs, and repeated the claim that the Supreme Court “for the first time in the history of our nation, took a constitutional right that had been recognized and took it from the women of America.” The vice president then claimed that Roe was a guaranteed right, which is also untrue.

And, in her closing remarks, Harris again retreated to her common but no less strange quip that “I eat no for breakfast.”