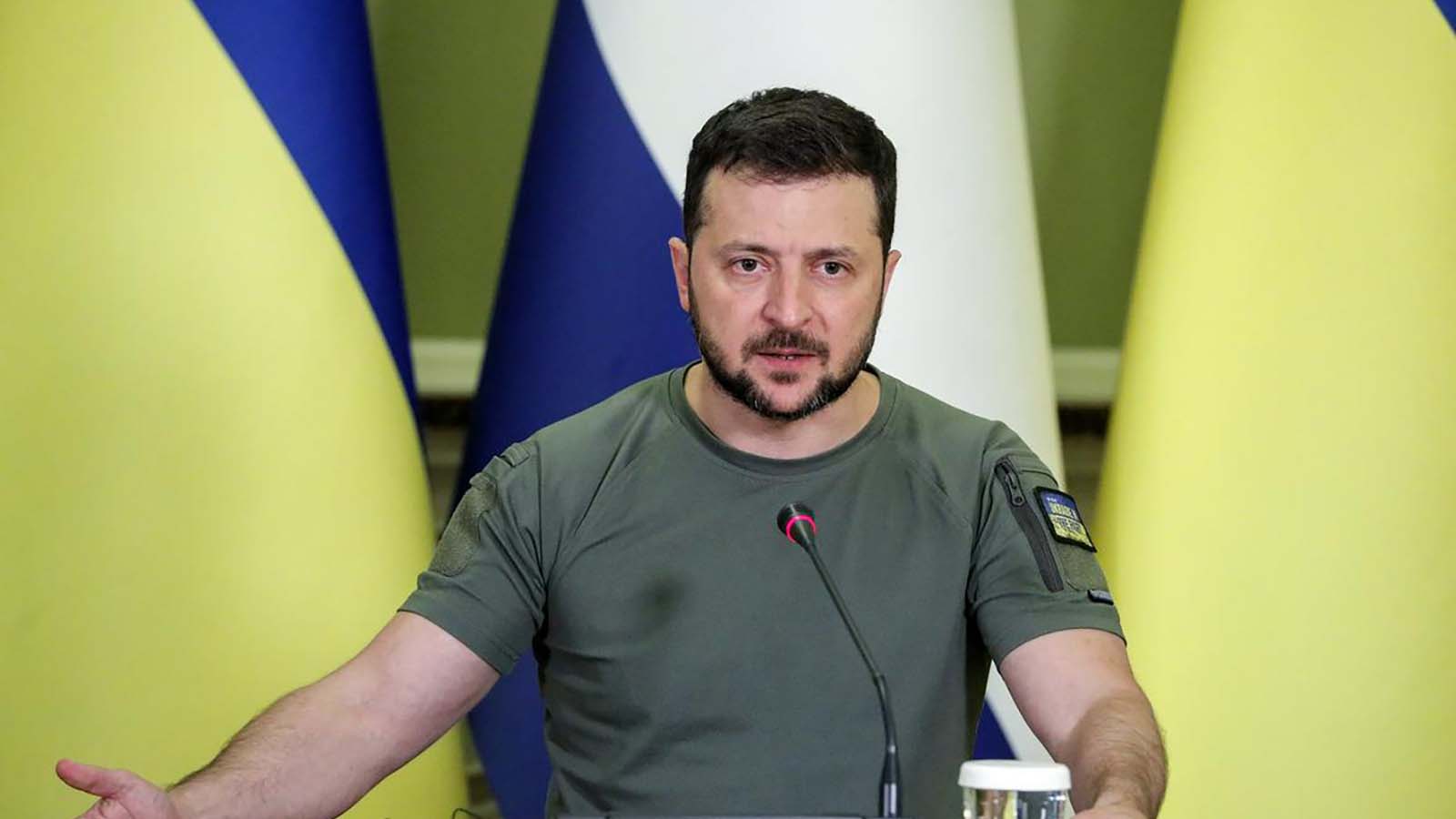 The Ukrainian government has published a list of politicians, academics, and activists who it claims promote “Russian propaganda”. Absurdly, it includes high American officials – even a sitting US senator – and a Pulitzer Price winning journalist.

A number of notable international names are on the list as well, such as French populist political leader Marine Le Pen, or even an Italian General named General Leonardo Tricarico, who blames Ukraine for Russia’s invasion and has urged immediate negotiations to end the war.

Some of those on the list, such as Edward Luttwak, have actually loudly supported sending Western arms to Ukraine’s military. In Luttwak’s case, he was apparently deemed by Ukrainian officials a ‘pro-Russian propagandist’ merely for proposing a war-time compromise of allowing referendums in the breakaway Donetsk and Luhansk regions.

According to Unheard, the criteria for making the list has not been revealed:

The exact criteria for inclusion are also unclear, although next to each name the report lists the “pro Russian” opinions the individual promotes. For example, Edward Luttwak’s breach was to suggest that “referendums should be held in the Donetsk and Luhansk regions”; Mearsheimer’s breach is recorded as him saying that “NATO has been in Ukraine since 2014” and that “NATO provoked Putin.”

The relevant intellectuals were surprised and concerned to be included on a government blacklist in this way.

So it seems merely straying in any small way from the point of view of Ukrainian leadership gets one branded a “pro-Russian” propagandist.

“War proponents in the West and other functionaries of Western security state agencies have used the same tactics for decades to demonize anyone questioning the foreign policy of the US and NATO. Chief among them, going back to the start of the Cold War, is accusing any dissidents of spreading ‘Russian propaganda’ or otherwise serving the Kremlin. That’s all this is from the Ukrainians: just standard McCarthyite idiocy.”

Greenwald followed with: “The Ukrainians have the absolute right to pursue whatever war policies they want. But when they start demanding that my country and my government use its resources to fuel their war effort, then I, along with all other Americans, have the absolute right to question that policy or to point out its dangers and risks. I don’t care at all about Ukraine’s attempts to shut down debate in our country by smearing journalists and politicians who are questioning US/NATO policy as being Russian propagandists. That tactic is as inconsequential as it is cheap, tawdry, and discredited.”

The enduring coalition of liberals and neocons is primarily ideological: full agreement on most key issues.

But it's also tactical. For decades, neocons have been accusing critics of US foreign policy of being disloyal Kremlin assets: the now-favorite liberal tactic as well. https://t.co/l3vo57SXM8

Edward Luttwak also responded publicly, and ironically enough angrily lashed out while at the same time groveling in demonstration of how much he’s “personally lobbied” foreign governments to send Kiev more weapons…

I hope somebody in Kiev tells whomever it may concern that their enemies list needs serious scrutiny. I know because I am on it, even though from Day 1 I have pressed for max support (weapons not words) for the Ukraine & personally lobbied MoDs. A fool misread something I wrote

As Ukraine demands money and arms from the West, they now want to export this repression to our countries with McCarthyite blacklists: https://t.co/O2t03YHrMy

Interestingly, American economist and left-leaning Professor Jeffrey Sachs also made the list, presumably for his well-known critiques of US foreign policy and his urging for the Ukraine war to end at the negotiating table. Former UN weapons inspector Scott Ritter is also on the somewhat lengthy list of names, which can be accessed here.