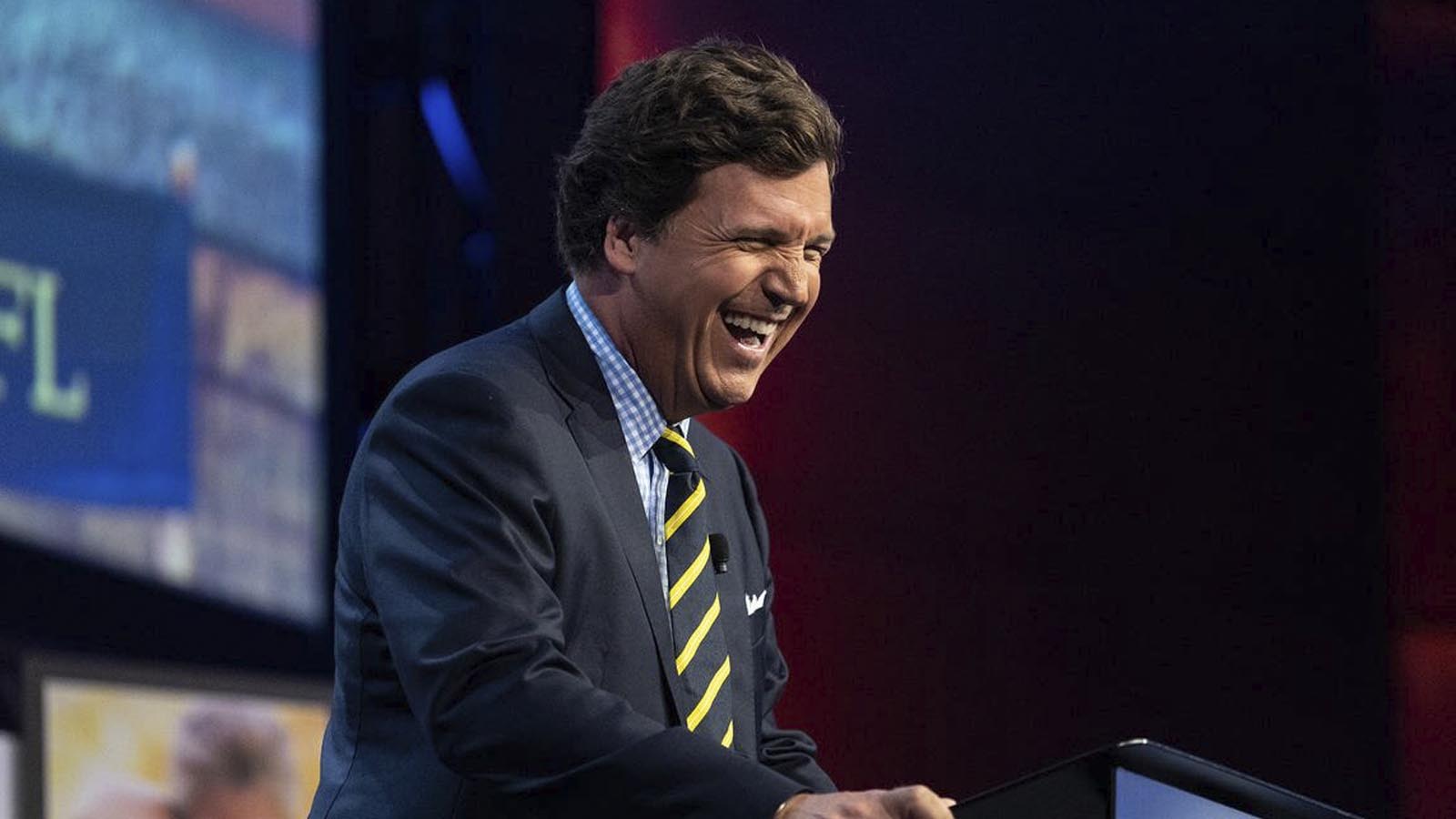 Fox News host Tucker Carlson, who crushes primetime news, touched on several subjects such as the left’s crazy policies, the incredible bias of the media and a possible presidential run during Iowa’s Family Leadership Summit in Des Moines.

Speaking to a group of conservative Christians, Tucker said that “Christianity is under attack” by the left because religion is often a check on the left’s worldview of “dominion.”

Carlson told the audience that Democrats are after religion as a whole, but specifically Christian Conservatives, saying “holy smokes, you, on a gut-level, feel threatened.”

He stuck to his trademarked conservative populism by blasting politicians from both parties such as calling out Republicans for wasting their opportunity to show a true dichotomy from the left and the establishment.

“The first thing you should ask for is candidates who talk about things that matter,” Carlson told the crowd.

What matters to Carlson? “Starting a family, preserving tradition and focusing on domestic rather than global issues.”

Carlson then touched on topics that Americans actually care about, suggesting that social media, corporate media and many politicians are out of touch with the pulse of America.

“Never be embarrassed to ask about issues that matter to you…there’s no national council that determines what’s supposed to matter to America”, Carlson told the crown of about 1,800.

Before exiting the stage, Carlson used the opportunity to criticize companies who are willing to pay for their employees to travel out of state for an abortion, saying that the Democrat party wants the idea of starting a family to longer be a tradition.

“Republican leaders should be focused on this to start… can your children grow up in a country pretty much like the one you grew up in?,” Carlson added.

Says @TuckerCarlson at #FLS22: "What are companies who pay for #abortion really saying? 'It’s more important to serve us than have a family. You’ll be happier rising in our company than having children.' I can’t imagine a more grotesque and obvious lie." pic.twitter.com/ydCPVbMNj7