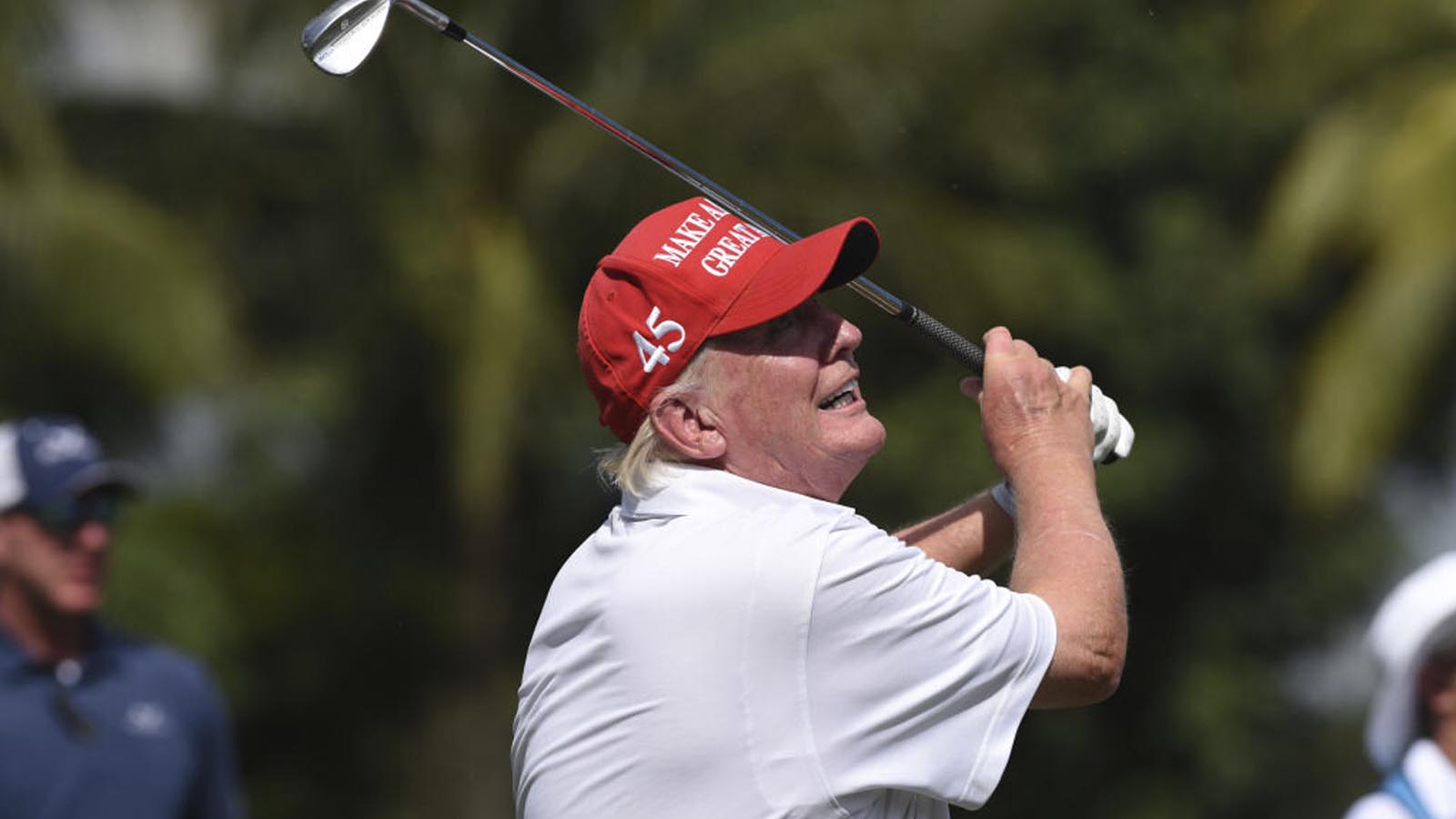 The corrupt Mainstream Media won’t tell you this but President Trump won the Senior Club Championship at his Trump International Golf Club over the weekend.

President Trump shared in a Truth on Sunday:

A great honor to have won the Senior Club Championship at Trump International Golf Club, one of the best courses in the Country, in Palm Beach County, Florida. Competed against many fine golfers, and was hitting the ball long and straight. The reason that I announce this on fabulous TRUTH is that, in a very real way, it serves as a physical exam, only MUCH tougher. You need strength and stamina to WIN, & I have strength & stamina – most others don’t. You also need strength & stamina to GOVERN!

It’s true, President Trump is in terrific shape. He wins a golf tourney in Florida on Sunday after spending Saturday at the memorial service for Diamond of Diamond and Silk in North Carolina.

Trump’s mention of his physical fitness to serve as president could be interpreted as a jab against President Joe Biden, his expected opponent in the 2024 presidential election.

Biden has not released the details of his annual physical exam despite promising to release it by the end of last year.

Biden has a hard time walking and talking while President Trump is in as good a shape as anyone his age.