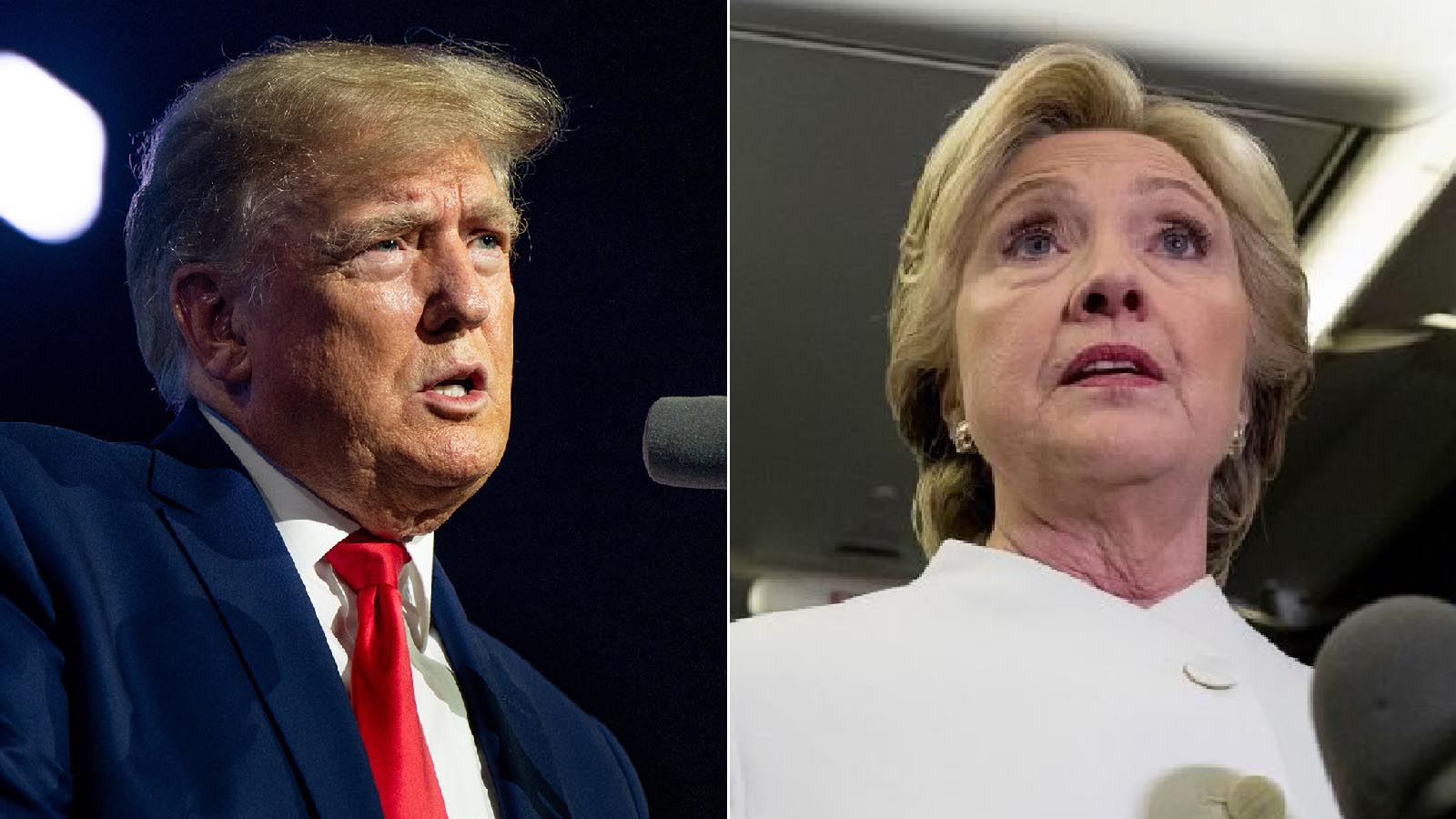 President Trump on Tuesday released a statement after Hillary Clinton’s 2016 lawyer Michael Sussmann was found not guilty of lying to the FBI.

Hillary Clinton’s 2016 campaign lawyer Michael Sussmann on Tuesday was found not guilty of lying to the FBI.

Michael Sussmann was indicted last September for lying to the FBI.

According to the indictment, Sussmann falsely told James Baker he wasn’t doing work “for any client” when he asked for a meeting with the FBI where he presented bogus evidence the Trump Tower was secretly communicating with Kremlin-tied Alfa Bank.

The jury was stacked with Hillary and AOC donors.

Judge Cooper also denied a request by prosecutors to remove a juror from the panel because her daughter and Sussmann’s daughter are on the same crew team.

Trump released a statement on Truth Social: “Our Legal system is CORRUPT, our Judges (and Justices!) are highly partisan, compromised or just plain scared…”

A few days ago Constitutional scholar Jonathan Turley discussed the stacked jury in the Sussmann case.

“You could not come up with a worse jury,” Turley told Bret Baier.

TURLEY: “I mean, he is facing a jury that has three Clinton donors, an AOC donor, and a woman whose daughter is on the same sports team with Sussmann’s daughter. With the exception of randomly selecting people out of the DNC headquarters, you could not come up with a worse jury” pic.twitter.com/RHqen6AMAc