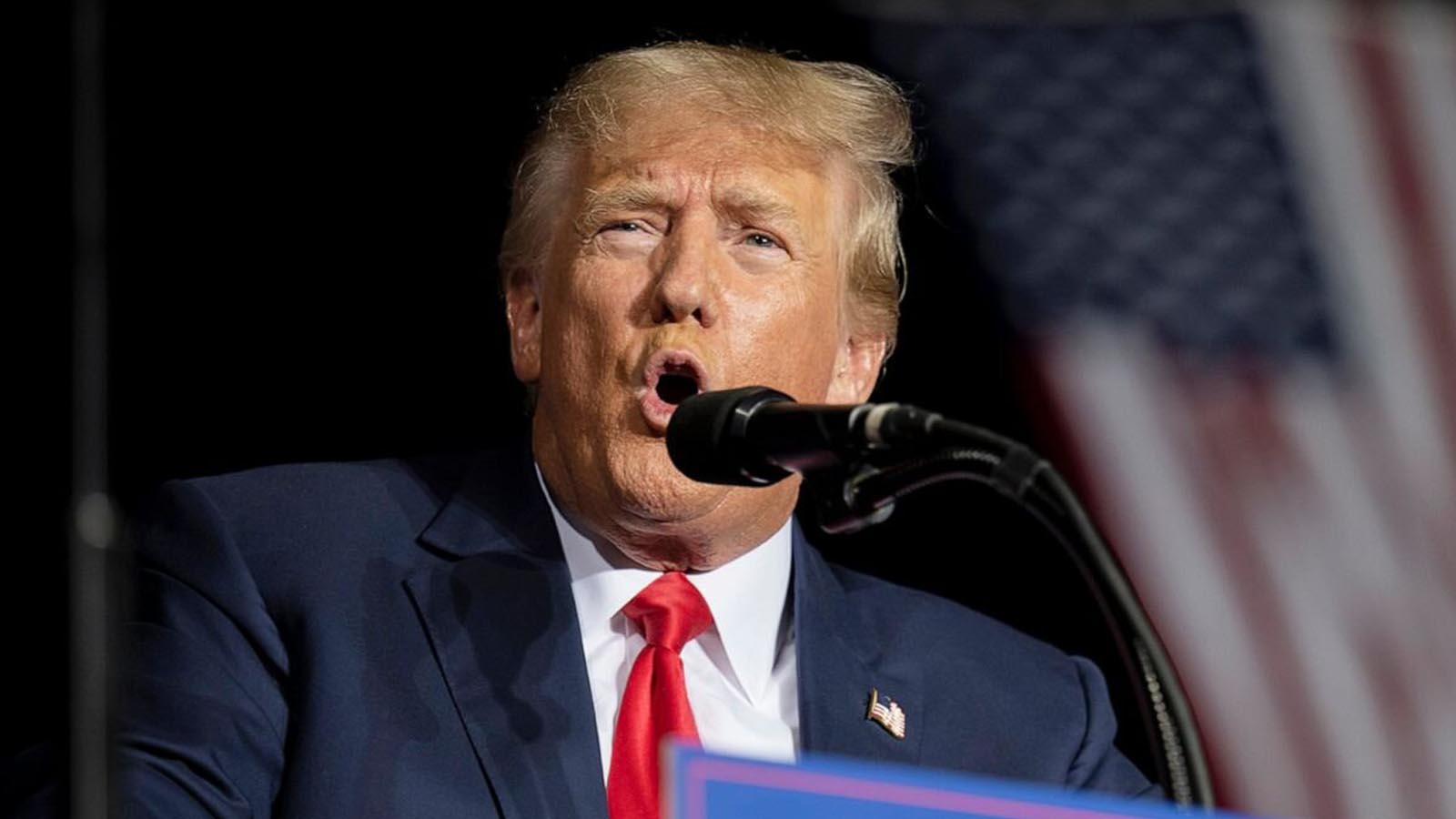 Former President Trump has filed a lawsuit to dismiss the subpoena issued by the House Jan. 6 Committee on Friday evening, which demands his appearance for a deposition on Monday, Politico reported.

It can be recalled the January 6 Committee last October unanimously voted to subpoena Trump.

Americans DO NOT care about the January 6 panel.

The number one issue for Americans is crushing inflation caused by Joe Biden’s tax-and-spend policies.

“We have left no doubt—none—that Donald Trump led an effort to upend American democracy that directly resulted in the violence of Jan. 6,” Chair Bennie Thompson said.

“He is the one person at the center of the story of what happened on Jan. 6. So we want to hear from him.”

BREAKING: Chair Bennie Thompson: "We have left no doubt—none—that Donald Trump led an effort to upend American democracy that directly resulted in the violence of Jan. 6."

"He is the one person at the center of the story of what happened on Jan. 6. So we want to hear from him." pic.twitter.com/odEjwUTxHX

On Friday, Trump’s lawyer filed a lawsuit to block the subpoena in federal court in West Palm Beach Friday evening.

Trump’s legal team contends in the complaint that no president has been compelled to testify before Congress and that he retains immunity as a former president.

They believe the subpoena issued by the committee is “invalid” because it does not serve a legitimate legislative purpose, is too broad, and violates his First Amendment rights, ABC reported.

Trump’s attorney, David Warrington, said in a statement, “long-held precedent and practice maintain that separation of powers prohibits Congress from compelling a President to testify before it.”

“After the J6 Committee has undertaken the unprecedented act of demanding President Trump appear for a deposition on Monday, November 14th, he engaged with the Committee in a good faith effort to resolve these concerns consistent with Executive Branch prerogatives and separation of powers, but this partisan Committee insists on pursuing a political path, leaving President Trump with no choice but to involve the third branch, the judicial branch, in this dispute between the executive and legislative branches,” Warrington continued.

Former President Donald Trump is suing to block a subpoena the House Jan. 6 Committee issued seeking to force him to testify next week.

The lawsuit, filed in federal court in West Palm Beach Friday evening, argues that the subpoena intrudes on executive privilege still guaranteed to him by the Constitution even though he left office more than 21 months ago. The suit also challenges the committee’s authority on other grounds.

“Former President Trump turns to the courts to preserve his rights and Executive Branch independence consistently upheld by the courts and endorsed by the Department of Justice,” Trump’s lawyers wrote in the 41-page complaint.