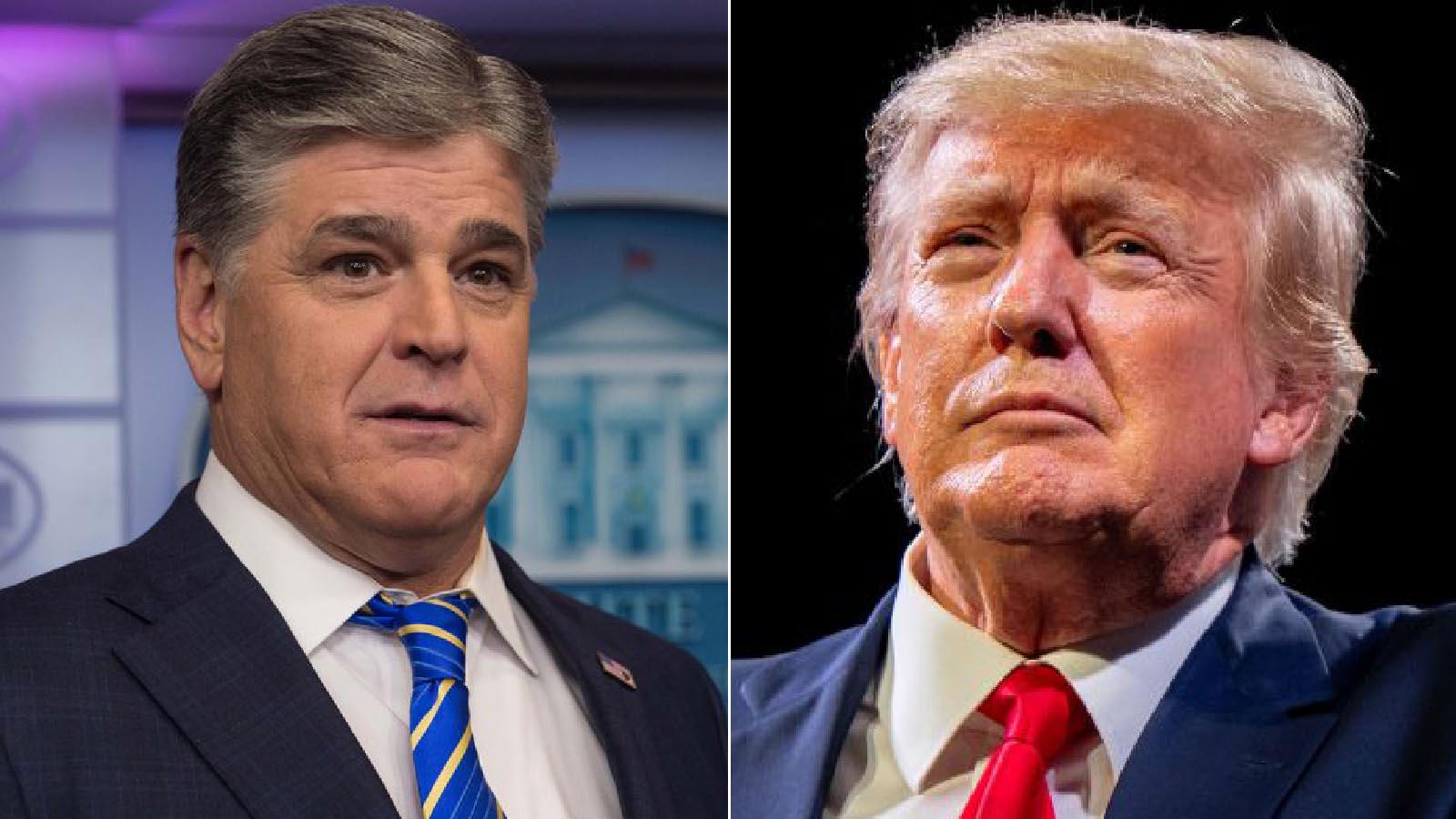 In the exchange, which occurred just a day after the unrest at the Capitol, Hannity makes several statements that give insight into the disagreement on how to proceed following the 2020 election. The Fox News host stated “no more crazy people,” a message McEnany enthusiastically agreed with. Hannity then went on to give five bullet points for how to move forward, including “No more stolen election talk.” 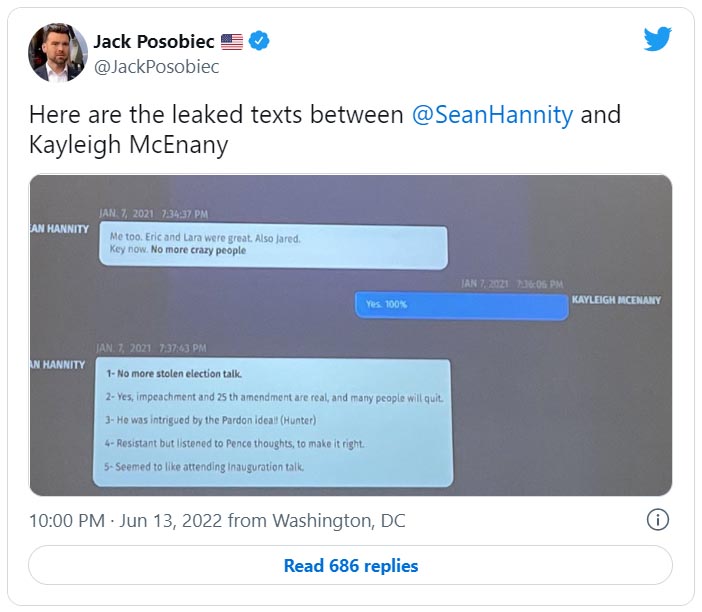 Just looking at the timing of the texts, Hannity was spitting into the wind at that point. The stolen election narrative, however one may fall on the issue, was ingrained in Trump’s public pursuit and wasn’t going anywhere. Heck, it’s still a staple of almost everything he says to this day.

As to “no more crazy people,” that would have been good advice at the end of November 2020. By January, the damage was done by figures like Rudy Giuliani and Sydney Powell, both of whom pursued the question of election fraud in the most idiotic and self-destructive way possible. Trump needed top professionals in a moment like that, not self-absorbed people who were clearly in way over their heads.

The results offer proof of that, as blunder after blunder occurred, with more viable claims not being properly pursued while Powell promised magic bags of ballots on her office floor she never delivered. Meanwhile, Giuliani simply didn’t have the expertise to lead such an effort, and it showed.

I do find it interesting that Hannity brought up making things right with Pence, an idea that he says Trump was open to at the time. Obviously, that didn’t happen in any way, shape, or form, and I don’t think it’s going out on much of a limb to say it’ll never happen, especially since Pence has telegraphed that he’s going to run in the 2024 election.

Another thing that raised eyebrows is Hannity’s mention of pardoning “Hunter.” Some have suggested the Fox News personality meant Duncan Hunter, but that pardon had already happened earlier in December. Instead, it appears that Hannity did actually float the idea of pardoning Hunter Biden. To which I respond, why?

Maybe I’m not playing 5D chess, but I fail to see what pardoning Hunter Biden would have accomplished other than letting a degenerate crook off the hook. Again, the timing matters and one of the reasons January 6th was so idiotic was because it essentially put a capper on any real pursuit of election fraud. In the aftermath of that event, when these text messages were sent, there was nothing Trump could offer Joe Biden. After all, he had already been certified as the next president. So why would Hannity want to let Hunter Biden off the hook when it would gain nothing? Why even stump for that at that point? Did he think it would somehow buy Trump back into good graces? Those are questions I’d like to hear him answer.

Regardless, what’s clear from the text messages presented is that Trump doesn’t listen to Hannity at all. For all the accusations that he’s an informal advisor, none of the Fox News host’s advice got taken.