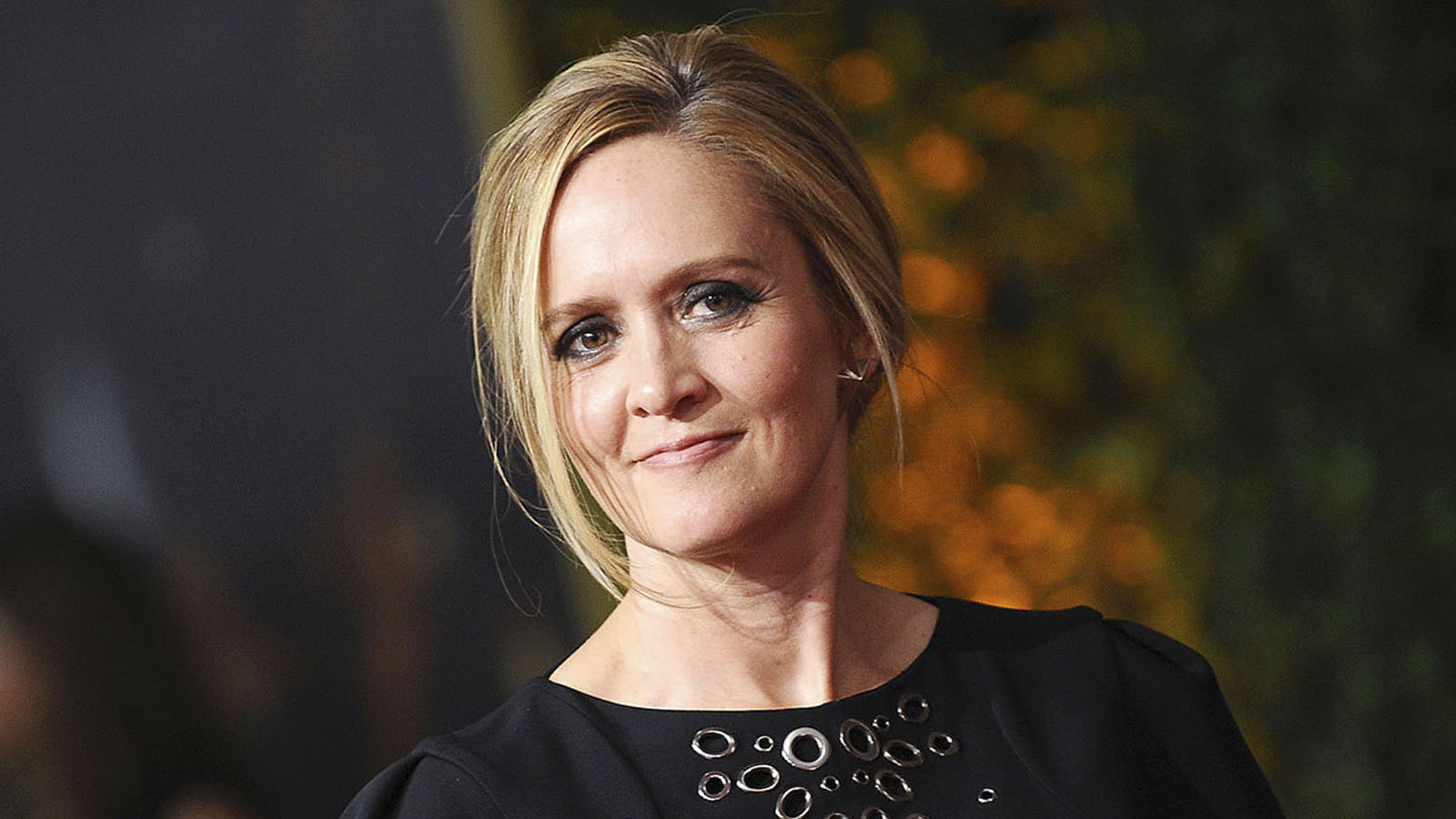 Samantha Bee, who infamously called Ivanka Trump a “feckless cunt” and recently encouraged her viewers to harass a Supreme Court justice, has been canceled after seven seasons.

Full Frontal with Samantha Bee won’t return to TBS in the fall, the latest apparent victim of Discovery’s takeover of WarnerMedia, which has caused upheavals throughout the corporation, including at CNN. In announcing its cancellation, the show couldn’t resist one final dig at Trump by making a reference to January 6. 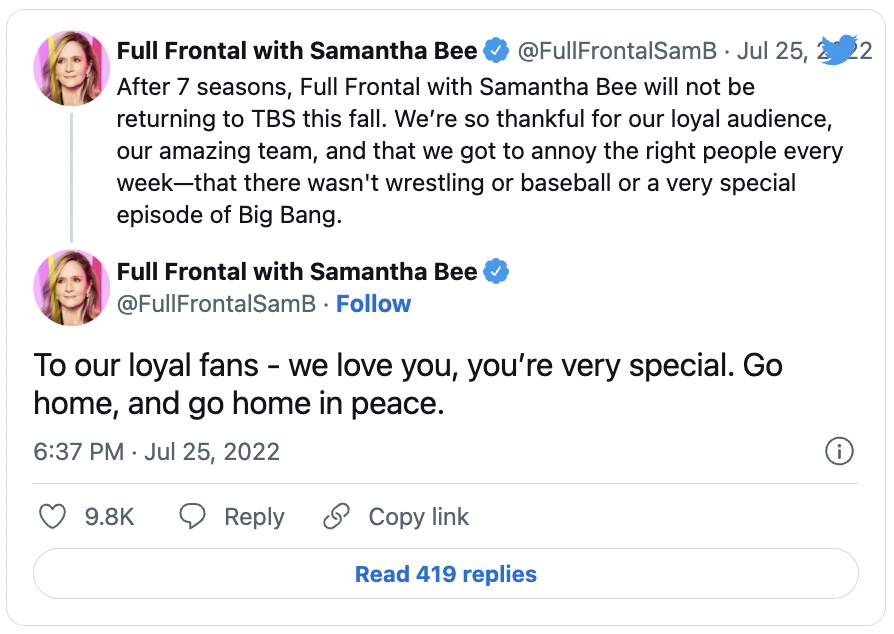 Samantha Bee, 52, consistently used her ratings-challenged show to push a leftist agenda, whipping up anger against then-President Donald Trump (R) and his family. Her signature hectoring tone combined feminist rage with left-wing smugness — a noxious concoction that endeared her to Democratic elites but repelled general viewers, leaving her in the ratings dust compared to other late-night comedians.

In her most infamous episode, which aired in 2018, the comedian called Ivanka Trump a “feckless cunt” during a rage-filled monologue about the White House’s illegal immigration policies, specifically, separations at the border.

Bee later apologized, after advertisers started dropping her show. “I would like to sincerely apologize to Ivanka Trump and to my viewers for using an expletive on my show to describe her last night,” Bee said in a statement. “It was inappropriate and inexcusable. I crossed a line, and I deeply regret it.”

The comedian recently called on her fans to harass Supreme Court Justice Samuel Alito, who penned the high court’s majority opinion overturning Roe v. Wade. On her show last month, she told her viewers to “raise hell in every restaurant Alito eats at for the rest of his life,” adding, “if Republicans have made our lives hell, it’s time to return the favor.”

When Kyle Rittenhouse was acquitted this year, Bee complained that “this is not justice” while falsely claiming that Rittenhouse had incited violence when in fact the jury concluded he had acted in self-defense.

The comedian launched her TBS show in 2016 following a long stint as a correspondent for Comedy Central’s The Daily Show with Jon Stewart.