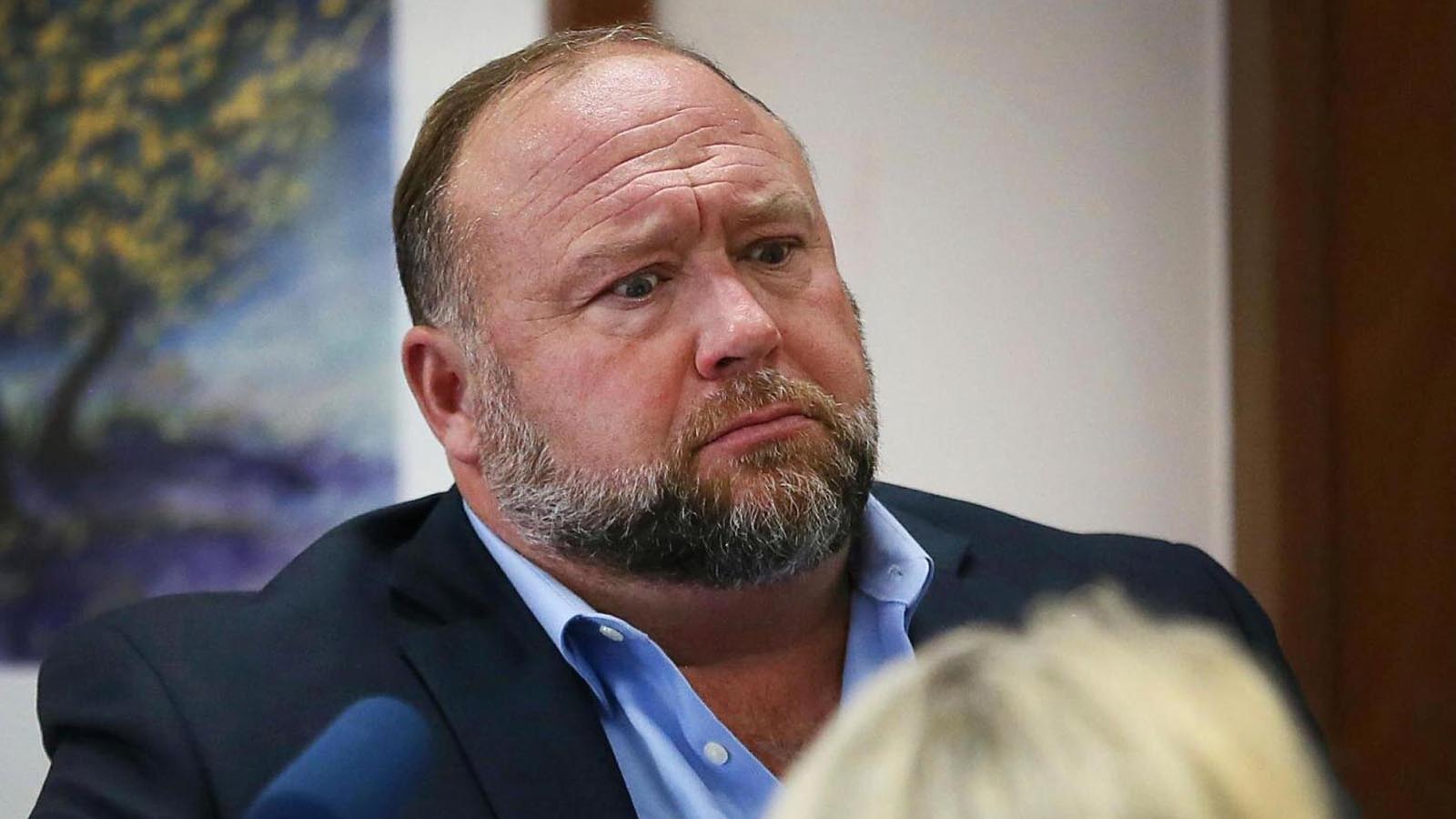 Infowars founder Alex Jones has already been ordered by a court to pay almost $1 billion to the families of Sandy Hook victims for claiming that the 2012 school shooting was a hoax. It’s a sum that would be impossible for anybody short of billionaire status to pay, yet on Friday the victims’ families asked a Connecticut judge for additional punitive damages that could go as high as $2.75 trillion.

You read that right. That’s trillion, with a T.

“The families said in the filing that the “historic” scale of Jones’ wrongdoing in the case, his “utter lack of repentance” and clear intention to continue spreading lies about them deserve the highest punishment in the court’s power …

… The Connecticut jury found Jones and Infowars parent company Free Speech Systems LLC should also pay punitive damages, which are set to be determined by a judge after several days of hearings next month.
In their filing Friday, the families offered various methods of calculating punitive damages in similar cases. They said that by one metric, they could be entitled to $2.75 trillion based on the number of article impressions Infowars’ false stories garnered.”

Obviously, Jones was wrong, and even he has admitted that. But on the other hand, should being wrong on an outlandish speculation – even massively so – lead to a lifetime of poverty? Does free speech still exist in America?

Notwithstanding those issues and the general dislike for Jones many even in conservative media and punditry have, there seemed to be almost universal disdain for the absurdity of the latest demand.

Independent journalist Michael Tracey, who was once a member of The Young Turks and supported Bernie Sanders in 2016, wrote, “Did Alex Jones invade Ukraine or something?

Did Alex Jones invade Ukraine or something? pic.twitter.com/v3rFayDxkA

“I actually covered the Sandy Hook shooting in 2012 and saw, in person, the body of a dead first grader,” Tracey wrote in a follow-up tweet. “So yeah, Alex Jones was wrong. But this new idea that spreading crazy theories about news events somehow warrants ruinous *multi-trillion* dollar penalties… also seems crazy.

I actually covered the Sandy Hook shooting in 2012 and saw, in person, the body of a dead first grader. So yeah, Alex Jones was wrong. But this new idea that spreading crazy theories about news events somehow warrants ruinous *multi-trillion* dollar penalties… also seems crazy https://t.co/wJUY8JVayc

Plenty more reactions ranged from questioning the motives and legal justification behind the trial itself to open mockery:

The Sandy Hook family’s now wants 2.75 trillion dollars from Alex Jones on top of the 1 billion he already owes

This is absolutely crazy, many countries don’t even have this much as there GDP! – https://t.co/3c4I9BAPTi