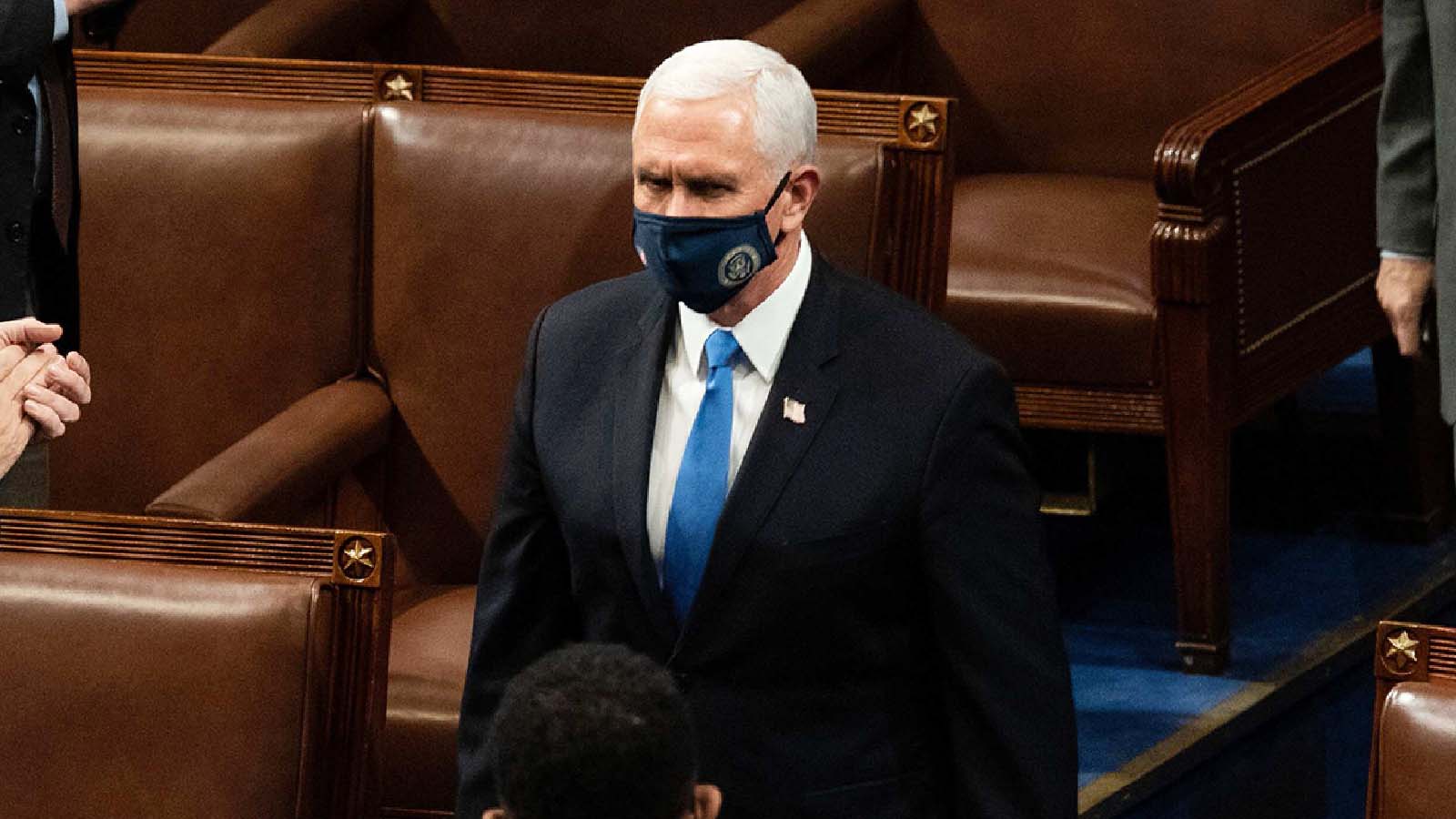 Photos of former Vice President Mike Pence and his family hiding during the Jan. 6 Capitol breach were unveiled Wednesday.

ABC Chief Washington Correspondent Jonathan Karl described the images in his book and previously said the ex-vice president’s team did not want him to release them. The photos were published one day before the Jan. 6 committee is expected to hold a hearing.

When protestors stormed the complex, Pence’s Secret Service detail moved him, along with his wife and their daughter, Charlotte, first to his ceremonial office. One photo from Karl shows them there with the former vice president’s brother, Rep. Greg Pence (R-IN), also in the room sitting on a chair.

Mike Pence and his family were then moved to an underground loading dock area where the vice president refused to get in a vehicle and leave the Capitol.

Minutes later, Pence and his family were evacuated to a loading dock beneath the Capitol complex. That night, Pence tweeted these photos from his loading-dock hideaway after the Capitol was cleared of rioters pic.twitter.com/2Dr2otsmKB

In November, Karl described to late-night talk show host Stephen Colbert how he got in touch with an “official White House photographer” who was with Mike Pence during the several hours “he was hidden away in the bowels of the Capitol in a place no one has ever really known.” Karl said he saw all the photographs himself.

“It is wild to see that he was in a loading dock in an underground parking garage beneath the Capitol complex,” Karl said in a CBS clip shared by The Late Show. “No place to sit, no desk, no chairs — nothing. He was in this concrete … parking garage with his family.”

“This is the vice president of the United States, and he’s … holed up in a basement,” he added.

Former White House adviser Peter Navarro has opened up about working with Trump ally Steve Bannon to implement what he dubbed the “Green Bay Sweep.” The plan was to enlist members of Congress and put pressure on Pence to stall the Jan. 6 certification and send electoral votes back to several battleground states where GOP-led legislatures could try to overturn the results over concerns about fraud and irregularities. Navarro claimed the protestors who swarmed the Capitol, disrupting the counting of electoral votes, messed up the plan. Lawmakers, along with Pence, reconvened that night and certified Biden’s victory.

Trump told the Washington Examiner in March that he was “disappointed” in Pence because of his refusal to cave to pressure and try to overturn the results of the 2020 election. “Mike and I had a great relationship except for the very important factor that took place at the end. We had a very good relationship,” Trump said. “I haven’t spoken to him in a long time.”

The Jan 6. committee’s next hearing is set for 1 p.m. Thursday. Greg Jacob, former counsel to Mike Pence, and J. Michael Luttig, a retired judge for the U.S. Court of Appeals for the 4th Circuit and informal adviser to the onetime veep, are listed as witnesses.