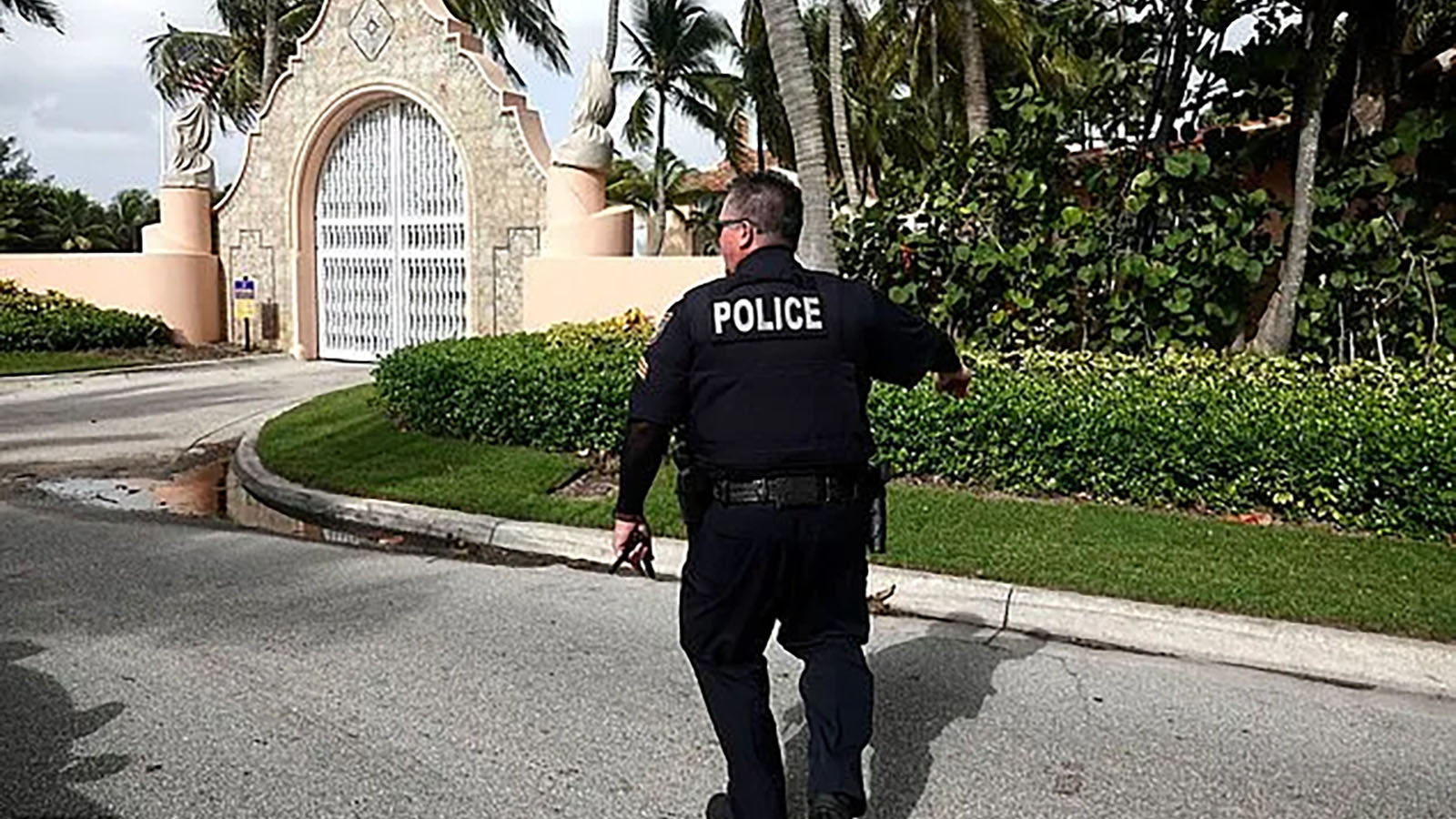 Secret Service are conducting an urgent sweep of Donald Trump’s Mar-a-Lago club after police responded to a trespassing call at the property on Thursday.

Palm Beach Police were parked outside the back of Trump’s $100 million Florida club and residence Thursday morning, but have since left.

Captain Will Rothrock of Palm Beach Police told DailyMail.com it was a ‘routine trespass complaint’, detailing that the department received a call at 8:08 a.m. claiming that a male was refusing to leave the Mar-a-Lago property.

The subject received a written warning and left the area, according to Rothrock.

No additional details about the incident or who the subject is are known.

The trespassing call follows a rise in violence and public hostility against politicians recently.

At the same time the report was posted to Twitter, Trump was sending out a flurry of endorsements from his Save American PAC email on Thursday morning – just five days until the 2022 midterm elections on November 8.

A man broke into House Speaker Nancy Pelosi’s San Francisco home where the suspect beat her husband Paul over the head with a hammer and allegedly said he was there to bash in the politician’s kneecaps.

Arizona Democratic gubernatorial candidate Katie Hobbs’ campaign headquarters was burglarized last week by a homeless man– but it does not appear so far that the crime was politically motivated.

Biden delivered a speech Wednesday evening from Washington, D.C.’s Union Station where he blamed the rise in political violence on Trump, his supporters and the January 6 Capitol riot.

Republicans immediately pegged the speech as ‘divisive’ and ‘patronizing’ and said Biden is focused on insulting Trump and his supporters because he can’t defend his record ahead of the midterm elections.