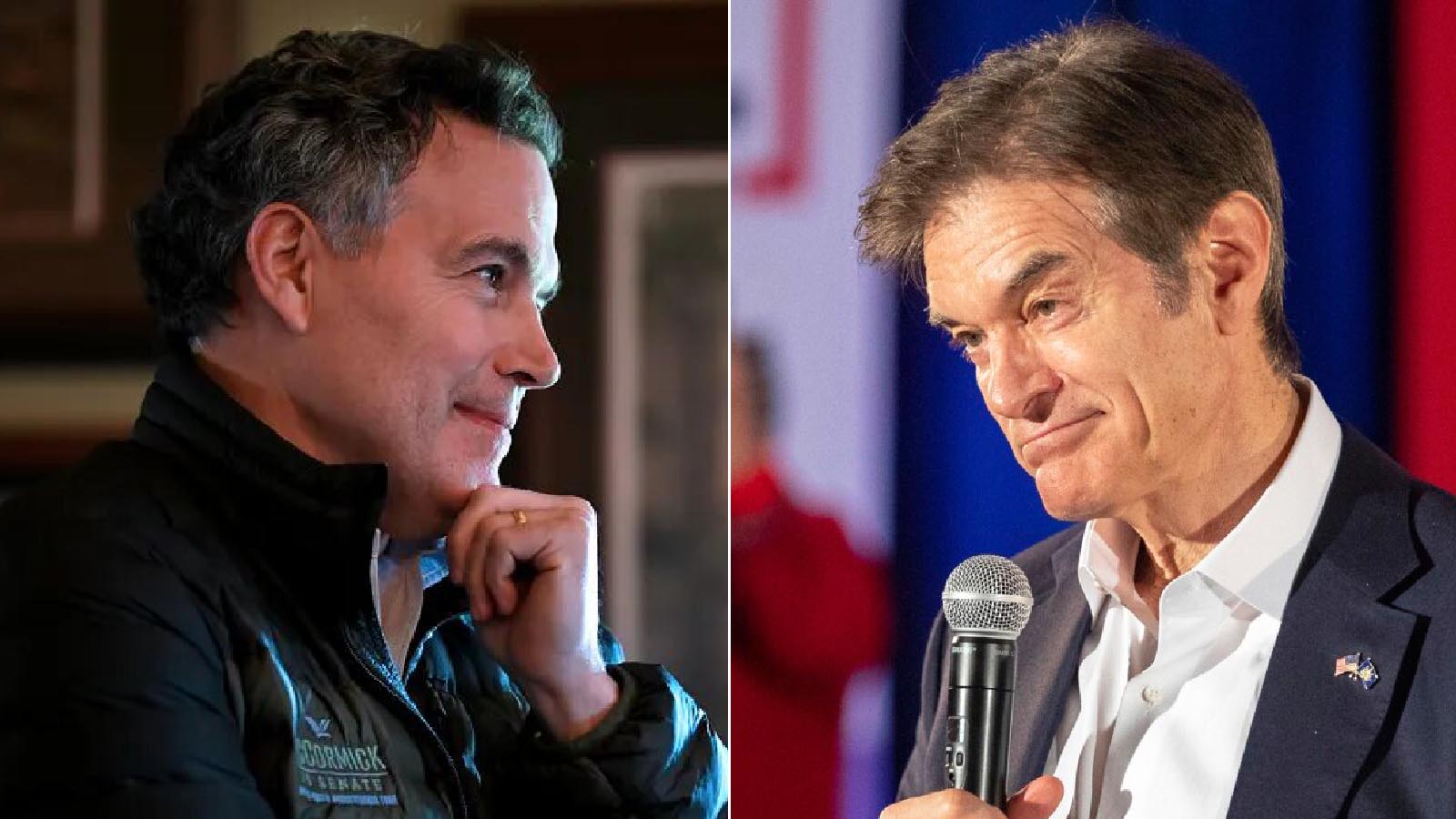 Pennsylvania’s GOP primary for Senate is too close to call, as television personality Dr. Mehmet Oz and former hedge fund manager David McCormick are within a few percentage points of each other for their party’s nomination in a race Republicans likely need to win to maintain control of the chamber in the midterm elections.

For much of the campaign, the Pennsylvania GOP primary was centered on Oz, who was endorsed by former President Donald Trump, and businessman Dave McCormick, with conservative commentator Kathy Barnette surging in polls in the final days of the race before likely falling out of contention on election night.

Just after midnight on Wednesday, McCormick had 31.2% of the primary vote (380,095 total) to 31.1% for Oz (378,610). Pennsylvania has an automatic recount law in statewide races when the margin between the top two candidates is within 0.5%, so a Republican Senate primary winner may not be known for days or even weeks.

Trump originally endorsed Sean Parnell for the race. Parnell then suspended his campaign after his estranged wife accused him of domestic abuse and a judge awarded her sole legal and primary physical custody of their children. Trump later backed Oz over McCormick when polls indicated it was a two-way race between the two men, arguing that McCormick had business interests in China, among other charges. The move surprised some, as McCormick was backed by Trump allies, including the former president’s onetime adviser Kellyanne Conway.

But in the final stretch of the primary, as McCormick and Oz ran fierce campaigns against one another, Barnette began to surge in polls after she released an ad titled “It wasn’t a choice. It was a life” in which she said her mother was raped when she was just 11 years old and that Barnette is the result of her mother rejecting abortion under those horrific circumstances. The ad seemed to resonate with anti-abortion Republican primary voters, especially as a recent leak from the Supreme Court indicated the court may overturn its Roe v. Wade decision, which legalized abortion nationwide. Barnette was also backed at a late stage by Club for Growth, another divide between Trump and the group after choosing different sides in Ohio’s Republican Senate primary.

But as Barnette surged and she began to undergo more scrutiny, a report emerged that she attended the rally preceding the Jan. 6 riot at the Capitol, although, as of press time, there did not appear to be evidence she breached the complex with rioters. Barnette also faced questions about controversial remarks she made on Twitter, including tweets some described as Islamophobic. Oz, who, if elected, would be the country’s first Muslim senator, called the tweets disqualifying.

Trump last week reiterated his support for Oz while offering praise for Barnette. Trump endorsed controversial state Sen. Doug Mastriano in Pennsylvania’s crowded Republican gubernatorial field Saturday, well after it became clear he was the front-runner, in a move that was seen as a hedge on his Oz endorsement after polls showed the TV doctor may not emerge victorious. Barnette and Mastriano endorsed one another and ran coordinated campaigns. Mastriano was projected the winner of his gubernatorial primary Tuesday.

The winner of the Republican primary will go on to face Democratic Lt. Gov. John Fetterman in November in a race crucial to Republicans’ efforts to win a Senate majority. Fetterman disclosed over the weekend that he recently suffered a stroke from which he is expected to make a full recovery. His campaign said his election night party will be hosted by his wife Tuesday evening. The campaign also said in a statement Tuesday that Fetterman underwent a standard procedure to implant a pacemaker with a defibrillator that will “address the underlying cause of his stroke, atrial fibrillation (A-fib), by regulating his heart rate and rhythm.” 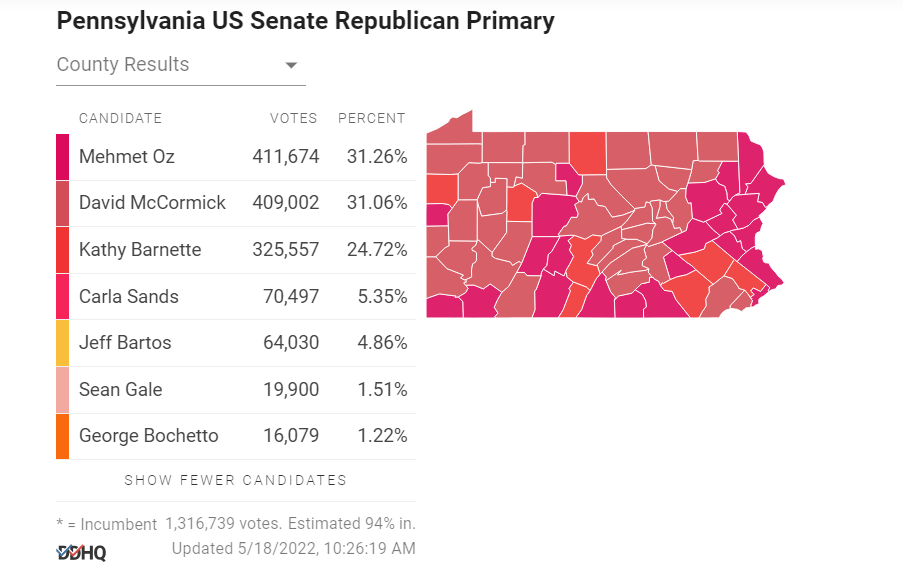