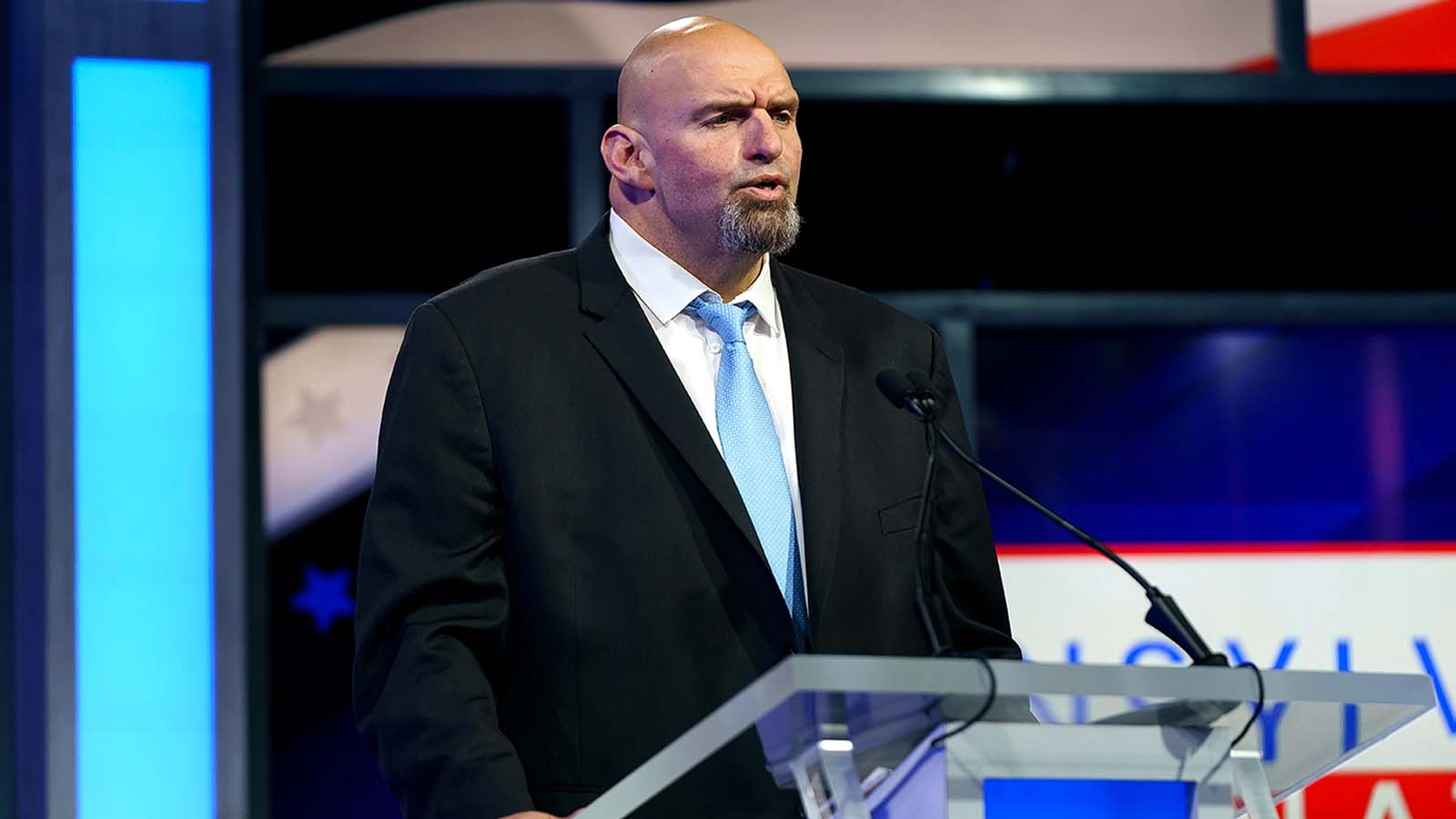 The Fetterman campaign may have just watched what remained of its prospects in Pennsylvania circle the drain after tonight’s sole debate between him and PA Senate candidate Dr. Oz.

Fetterman, who suffered a severe stroke days before the May primary and cast his vote from a hospital bed, appeared unable to put together nearly a single coherent sentence throughout the entire debate while TV veteran Dr. Oz deftly and “surgically” sliced and diced his way through an hour of questioning, using Fetterman as a lifeless sparring dummy for a majority of the debate.

Recovering from his stroke, Fetterman’s answers ranged between somewhat inept and completely incomprehensible. The ugly performance started right from the beginning, with Fetterman bidding viewers “good night” as part of his opening statement.

It only got worse from that point forward. Fetterman was unable to coherently respond to an allegation that he hadn’t paid his taxes.

He was also unable to provide reasoning for not releasing his medical records, which would be of obvious concern due to the fact that he is recovering from a stroke and PA citizens will likely want to know that their Senate candidate is lucid.

The disaster culminated in Fetterman attempting to square statements from 2018 where he said he was against Fracking with statements he made in 2022, where he claimed to be pro-fracking.

His campaign manager similarly had a meltdown in the spin room, dropping the “F” bomb while trying to convince the media that his campaign hadn’t completely melted down. “He took it to Dr. Oz pretty f*cking hard tonight,” he said:

The spin got a little heated at times.

For those who don’t like curse words in their feeds skip this video. pic.twitter.com/ccAwjJdEPl

But no amount of spin was able to convince social media that the debate was a success.

“I can’t impress upon you how much of a disaster this debate is… I’ve never seen anything like it. This race is completely and totally over,” said Clay Travis of Clay and Buck.

Former U.S. Attorney for the Eastern District of PA William McSwain commented: “That debate was hard to watch. How in the world — in a country of 330 million people — could John Fetterman be in the running for one of a hundred seats in the world’s greatest deliberative body? This is embarrassing.”

“Just so we are all clear: that was Fetterman WITH weeks of prep and specialized computer assistance throughout. So what you just saw is the very, very best Fetterman can do. Which is terrifying,” said Senior Advisor to President Trump Stephen Miller.

Donald Trump Jr. called it “worse than any of us could have ever imagined”.

The reaction in the PredictIt voting market after the debate was stark. As noted by Steven Rattner, the former head of the Obama Auto Task Force, NY Times op-ed author and economic analyst for Morning Joe, the “prediction market quickly moved against Fetterman post debate”. 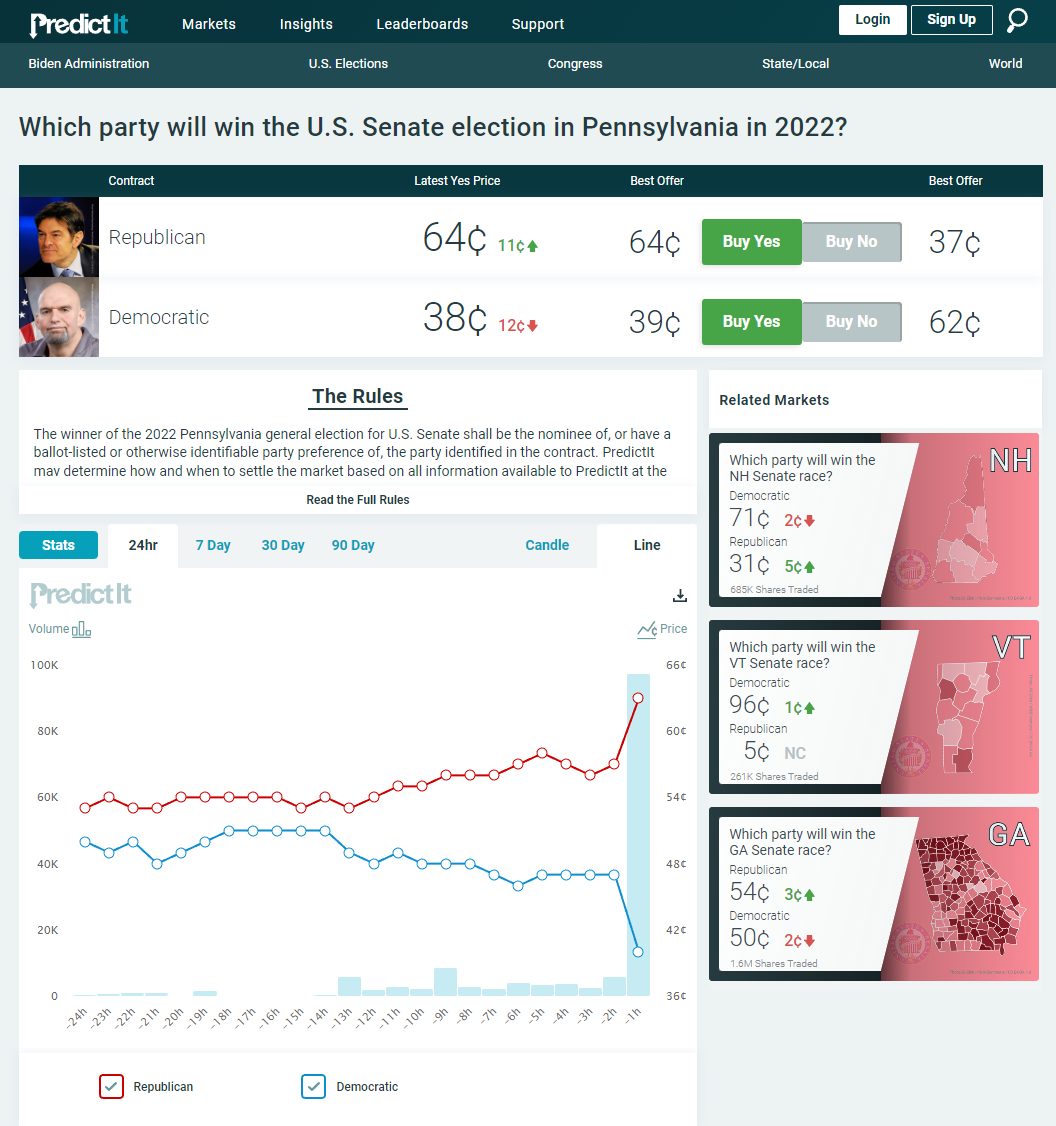 You can watch a full replay of the debate here and decide for yourself: