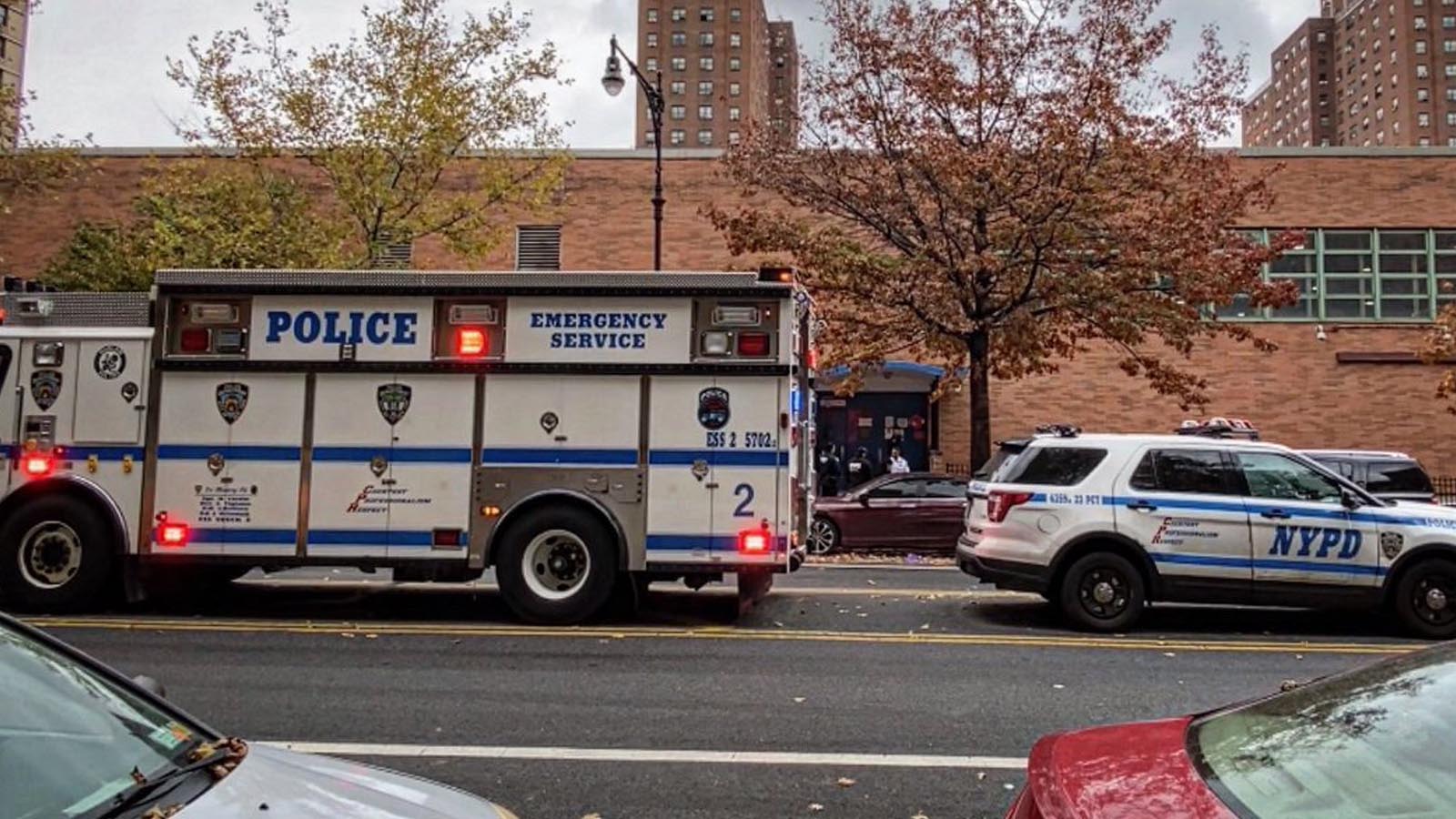 A New York City polling station was shut down temporarily Sunday afternoon after the site received a bomb threat.

Per NBC 4 News, A New Yor City school that serves as a polling station had to suspend its operations on Sunday afternoon after a caller claimed a pipe bomb was inside of the school.

Vincent Ignizio who serves as NYC’s Board of Elections Deputy Executive Director tweeted: “The NYPD notified us of a bomb scare at 1573 Madison Ave, which is an early voting site. Emergency protocols were initiated immediately. Staff along w/ a handful of voters were escorted out safely,”. 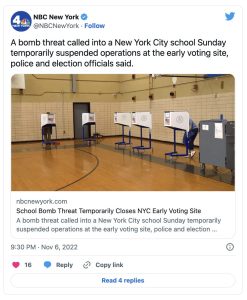 After authorities did a thorough sweep, they were able to conclude there were no explosive devices inside the polling station.

Shortly after the school was cleared election workers were allowed to resume their positions.

The threat however is starting to become a sinister trend all across the United States.

Previously The Gateway Pundit reported Arizona Republican gubernatorial Kari Lake’s headquarters was shut down after “white suspicious powder” contained in a letter was sent to her campaign headquarters.

In both NYC and Arizona no suspect has been named or arrested which has raised concern amongst voters.