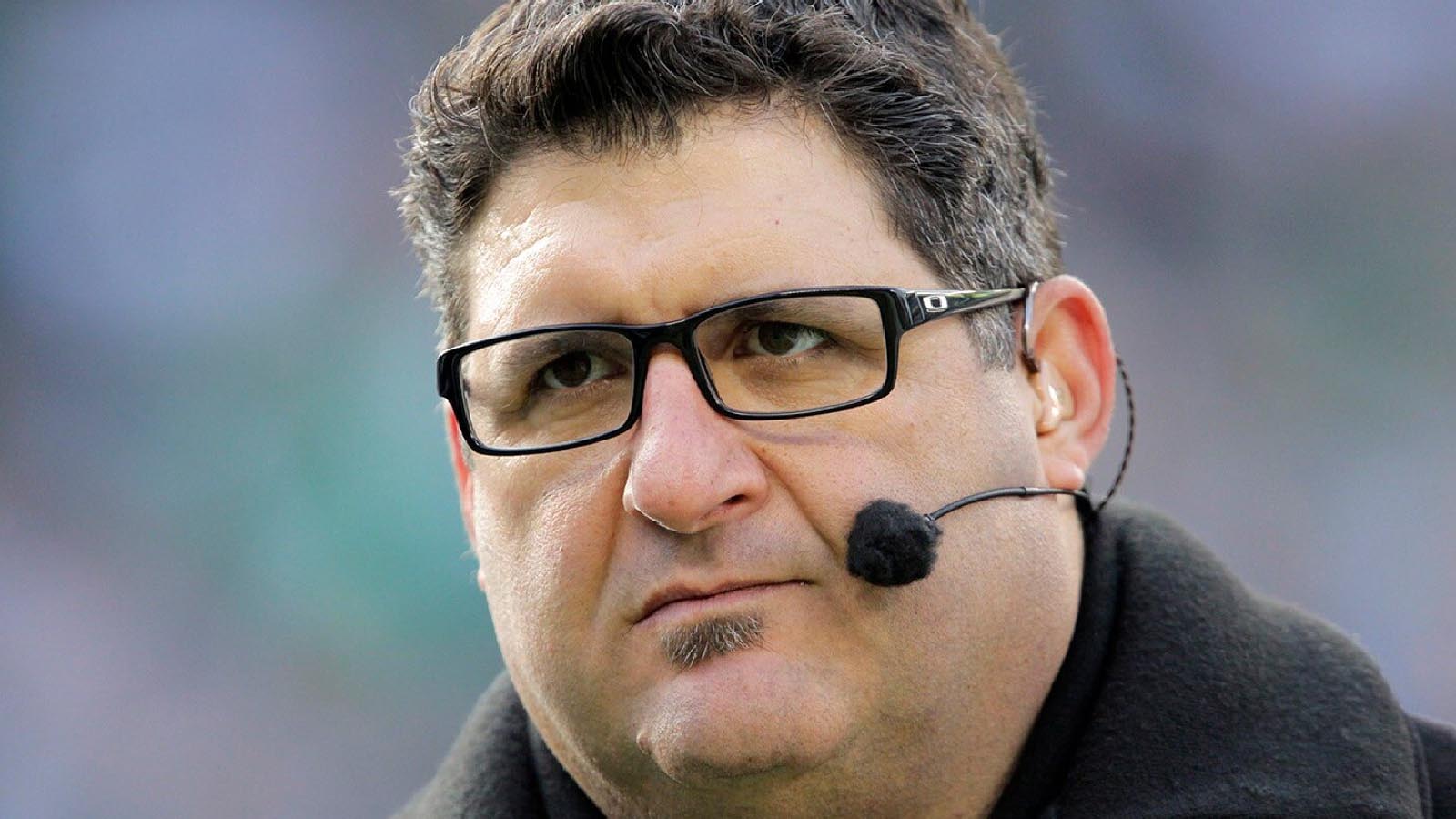 According to Pro Football Network reporter Aaron Wilson, Siragusa died in his sleep. Brad Jackson, who played alongside Siragusa on the Baltimore Ravens, said he was devastated by the news.

“He was the leader, he was our captain,” Jackson said. “He meant everything to everyone. It’s a sad day. I just talked to him on Sunday. It’s terrible.” 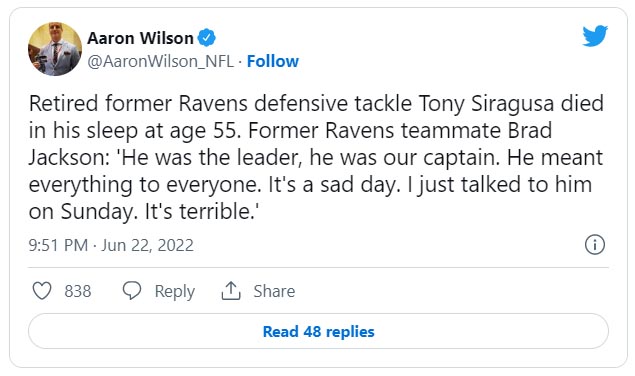 Siragusa played 12 seasons in the NFL as a defensive tackle for both the Ravens and the Indianapolis Colts.

In 2001, Siragusa was part of the 2001 Baltimore Ravens team that defeated the New York Giants 34-7 in Super Bowl XXXV. He earned the nickname “Goose” during his time in the league.

Siragusa was a mainstay on that champion Ravens defense, which set the record for fewest points allowed in a regular season, according to TMZ.

Hall of Famers Ray Lewis and Rod Woodson played alongside Siragusa on that championship team.

Following his retirement from the NFL, Siragusa joined the Fox NFL Sunday team as a sideline reporter. He worked for more than a decade in that role, the New York Post reported.

Both NFL players and analysts expressed their sadness at the news on Twitter.

Well before social media and “building your brand,” Tony Siragusa used Super Bowl XXXV to become a media star. He leveraged his wild persona to become a broadcaster, actor and pitchman. He even landed on The Sopranos. He was so savvy and such a character. RIP Goose. pic.twitter.com/YqUKRDMMY9

Siragusa was one of the game's biggest personalities who was a vital cog for one of the NFL's greatest defenses.

A sad day continues for the Ravens organization. https://t.co/03QtWzmlX3

Prayers up for the legend Tony Siragusa and his family. “The Goose” has passed away at the age of 55. Heart breaking.

Siragusa was the second Ravens player to tragically pass away in as many days. Earlier Wednesday, WJZ-TV reported current Ravens LB Jaylon Ferguson had died Tuesday at 26.

Baltimore sports reporter Gerry Sandusky called it “one of the saddest days in Ravens history.”

“The deaths of Jaylen Ferguson and Tony Siragusa on the same day leaves every Ravens fan stunned,” he wrote on Twitter. “A player so young with potential, and a legend who brought so joy and impact to the field. Gone. Tough to wrap your head around.”

This is one of the saddest days in Ravens history. The deaths of Jaylen Ferguson and Tony Siragusa on the same day leaves every Ravens fan stunned. A player so young with potential, and a legend who brought so joy and impact to the field. Gone. Tough to wrap your head around.

Speaking to TMZ, former Ravens running back Jamal Lewis, who was a former teammate of Siragusa’s, did not mince words.