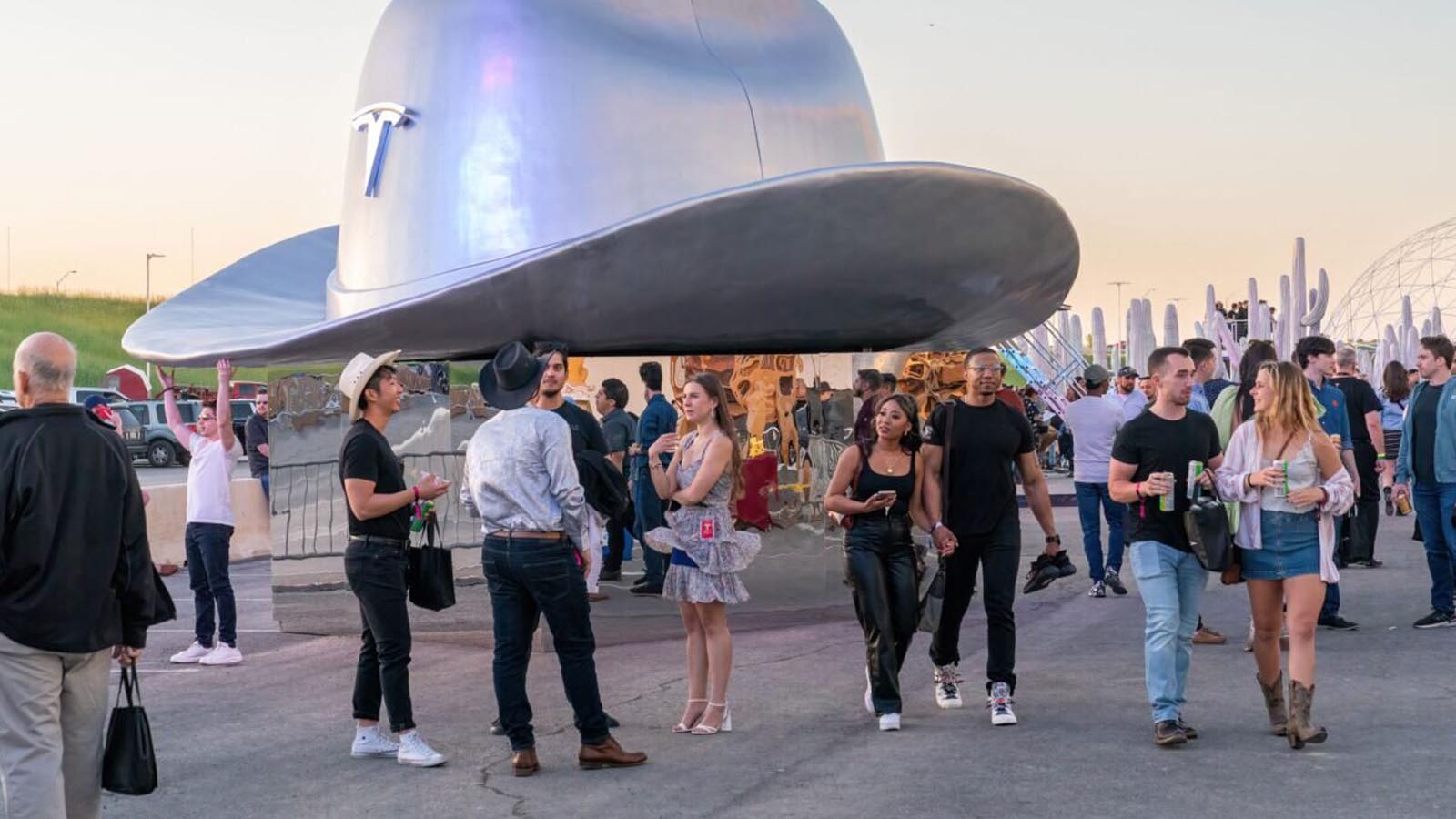 Amidst predictions of a political “red wave” in the upcoming mid-term elections, an economic wave has been building for years with no end in sight as companies flood out of blue states and into red states.

And as a result of its political divisions, America appears to now be dividing itself into prosperous, high-growth states and states that are suffering a chronic decline. But Democrat-run states believe their abortion policies could be a key factor in attracting companies back.

Caterpillar and Citadel, which in June announced their exit out of Illinois, are only the latest firms to leave high-tax, high-regulation states. Tesla, Hewlett Packard, Oracle, and Remington are also among the hundreds of companies flocking out of California, Illinois, New York, and New Jersey to business-friendly places like Texas, Florida, Arizona, and Tennessee. Relocating companies have spanned industries including tech, finance, media, heavy manufacturing, autos, and firearms.

“There is a great migration going on, and I expect it to accelerate,” Glen Hamer, president of the Texas Association of Business, told The Epoch Times. “When the Caterpillars and the Elon Musks relocate, it’s an advertisement to the entire country and the entire world that something positive is going on in that state. And there is a multiplier effect.”

According to a 2022 survey of 700 CEOs, the top states for business were Texas, Florida, Tennessee, Arizona, and North Carolina. The worst were California, New York, Illinois, New Jersey, and Washington.

Even companies like Apple, which did not move its headquarters to Texas, chose to establish its second-largest campus for employees there. Amazon selected Houston as one of its prime hubs. Ford, Volkswagen, and Nissan chose Tennessee as the location for major new manufacturing facilities. And in some cases, entire industries like firearms, which are being targeted by legislation and lawsuits in blue states, are moving south.

“You won’t see companies moving to states like New York, California, and New Jersey,” Schalk said. “They’ll be moving out of those states into neighboring states, where the policies are a little bit better, or they’ll be making the big move to places like Texas, Florida, North Carolina.”

“Texas was one of the first states to recover all the jobs it lost during the pandemic,” Hamer said. “Now we have a workforce that is at an all-time high, and the economy has diversity and strength. Whether it’s energy, manufacturing, health care, technology, finance, you name it, the Texas economy is firing on all cylinders.” Texas has attracted 250 new corporate headquarters since 2015, Hamer said.

When jobs leave, people leave with them. According to the U.S. Census, Democrat-run states California, New York, New Jersey, Michigan, and Illinois together lost 4 million people between 2010 and 2019, the so-called “leftugees.” During the same period, the states with the greatest influx of people were Florida, Texas, Tennessee, Ohio, and Arizona.

States have been able to attract companies by cutting taxes, reducing red tape, and establishing right-to-work policies. In 2013, North Carolina passed a landmark tax reform package to cut corporate and personal income taxes. The business income tax there is now 2.5 percent and will be phased out entirely over the next several years.

Contrary to expectations that states would bankrupt themselves by cutting taxes, an influx of companies and new residents often boosts state revenues from property taxes, sales taxes, and personal income taxes, even when the percentages are reduced. Florida attracted 624,000 new residents in 2020, along with more than $40 billion in income, equating to an estimated $23.7 billion in new tax income. Florida has enjoyed two decades of net in-migration, amounting to a total income gain of $197 billion.

North Carolina’s latest budget included a deal to phase out corporate income taxes while also giving teachers a raise and even padding its “rainy day fund,” Schalk said. “North Carolina has been able to do that because not only have they been bold on lowering taxes, but they’ve also gotten the spending side under control.” And when companies move in, they bring intangible benefits with them as well.

“Any sort of civic organization loves it when they hear that a blue chip company like Caterpillar is relocating to our state,” Hamer said. “It means these executives are going to be serving on all sorts of different boards of directors, the local art museum, opera, or the chamber of commerce. When companies relocate their individuals, they become deeply ingrained in the community. They contribute time and treasure to activities that make the community more vibrant.”

The reverse is also true for states that are losing businesses and population, creating a vicious circle where continuously hiking taxes fails to bring in more revenue because the tax base gets depleted and quality of life suffers. According to a report based on IRS data by Wirepoints, an Illinois-based economic research organization, the cost of losing companies and people is stark for states like Illinois, which has lost population for 21 straight years.

Since 2020, that state has lost a total of $535 billion in income that moved away, which equates to about $25 billion in lost tax revenue during that period, and $4 billion in 2020 alone. Illinois’ problems include a loss of 114,000 residents in 2021, a string of 21 consecutive years of state budget deficits, a $313 billion deficit in public pensions, and the second-highest property tax rates in the country.

“Illinois is stuck in a vicious downward spiral it can’t hope to escape from without fundamentally changing how it governs,” the Wirepoints report states. “Structural property tax reform, reductions in pension debt, slashing units of local government—the state needs to do all these things if it wants to convince Illinoisans to stay and persuade other Americans to move in.”

Reducing violent crime would also help. Escalating crime was reportedly a factor, one among many, in Citadel’s decision to leave Chicago for Miami. Ken Griffin, the hedge fund’s CEO, had been one of Illinois’ richest residents and had given more than $600 million in charitable donations to educational, cultural, medical, and civic causes in the state.

“It’s the beauty of the 50 laboratories of our democracy,” Schalk said. “We’re able to quickly see what’s working and what’s not working across all issue areas. Unfortunately, I don’t see the high tax and high spend states changing their ways.”

“We can see an acceleration of hostile business policies in states like California, Illinois, and New York,” Hamer said. “It’s a race to increase taxes, increase regulation, and make it more difficult for people to live their lives. When you contrast that with states like Texas and Arizona, the gap is just widening and we’re seeing the great migration as a result.”

Republican Representatives in Washington are attempting to grant even more economic power to states in energy production. The GOP introduced the Federal Land Freedom Act last year, which would take authority to approve oil leases and permits away from the federal government and “give each state the right to develop all of the energy resources on the federal lands located within that state’s borders.”

Recently, however, blue states appear to be waking up and looking for ways to boost their competitiveness. California Gov. Gavin Newsom recently stated, “some businesses may have left the state, come on back! It’s a point of pride that we welcome you back.”

New Jersey Gov. Phil Murphy sent personal letters to more than 50 companies in red states, appealing for them to come to New Jersey. Connecticut Gov. Ned Lamont made a similar attempt. These governors are highlighting one regulatory advantage that they believe will give them an edge over conservative states: their permissive policies toward abortion.

Murphy’s letter to companies in Georgia stated that “The overturning of a woman’s right to bodily autonomy—and the chilling effect this decision will have on your ability to attract and retain top female talent by being located in a state which has refused to recognize women’s reproductive freedom—cannot be ignored.”

Alyana Alfaro Post, Murphy’s press secretary, said, “Governor Murphy encourages businesses looking to stand with their employees to look at New Jersey, a state where they can be confident that the rights of women, the LGBTQIA+ community, and voters will always be protected.”