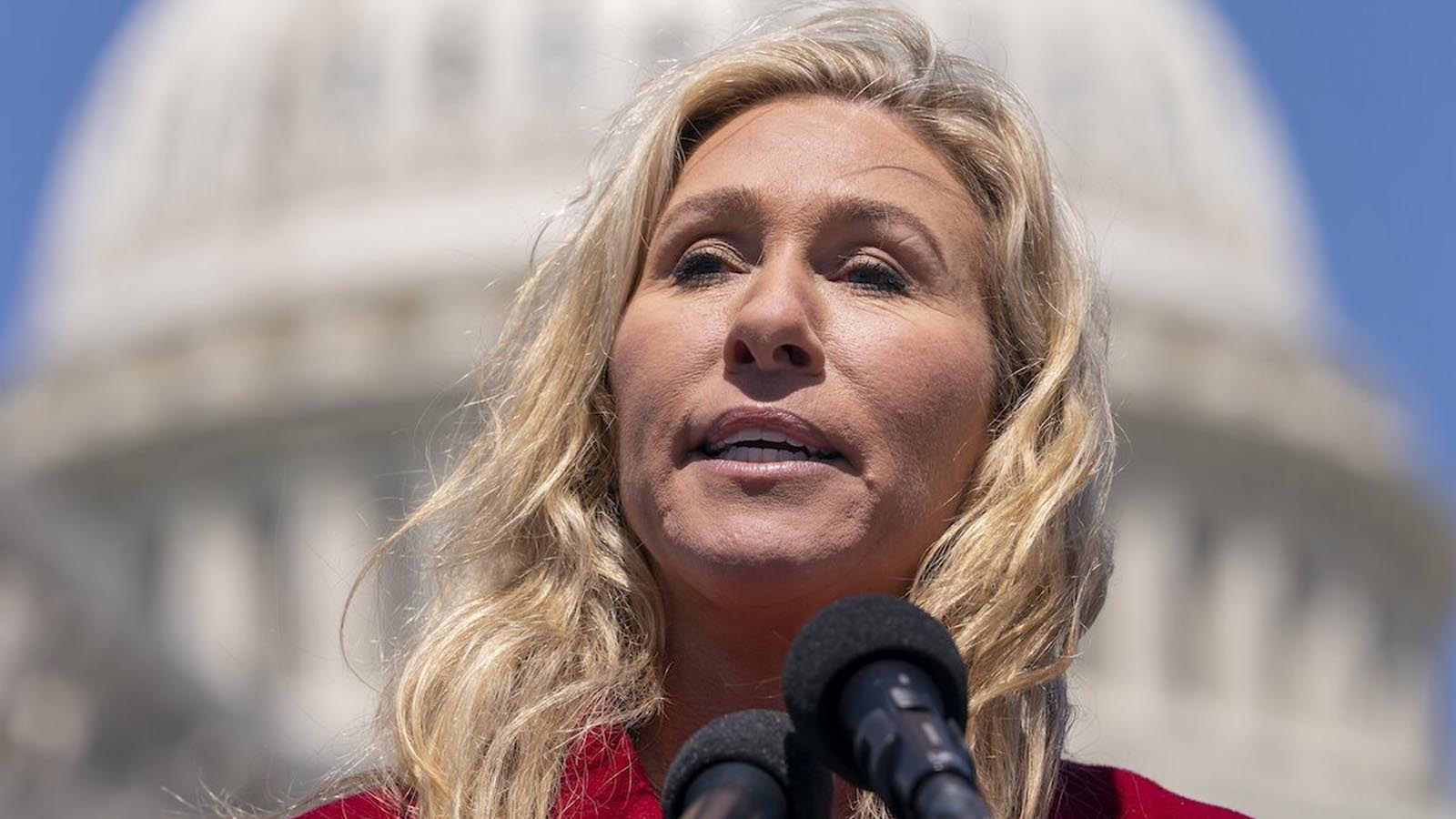 “President Trump has my complete and total endorsement for President in 2024! 🇺🇸”

“President Trump has my complete and total endorsement for President in 2024! 🇺🇸” —@RepMTG pic.twitter.com/UQJR8yGJpT

Trump is expected to announce a 2024 campaign at his Mar-a-Lago resort in Florida this evening, and Greene said he energizes the base and increases voter turnout while talking about the upcoming Senate runoff in Georgia. Greene is reportedly under consideration to be Trump’s running mate.

One person who could challenge Trump for the GOP nomination is Gov. Ron DeSantis (R-FL), who on Tuesday punched back at the former president saying he won more votes in the 2020 election than DeSantis received this time. “I would just tell people to go check out the scoreboard from last Tuesday night,” DeSantis said.

Asked to comment on people lining up behind DeSantis, or anyone else, Greene said Trump “remains the leader of the Republican Party.”

Greene: As far as people’s support for DeSantis.. of course that’s their choice but President Trump remains the leader of the Republican Party.. pic.twitter.com/qgQhh4HL9c

The congresswoman also praised DeSantis as an “incredible” governor and said she hopes DeSantis will consider staying there.